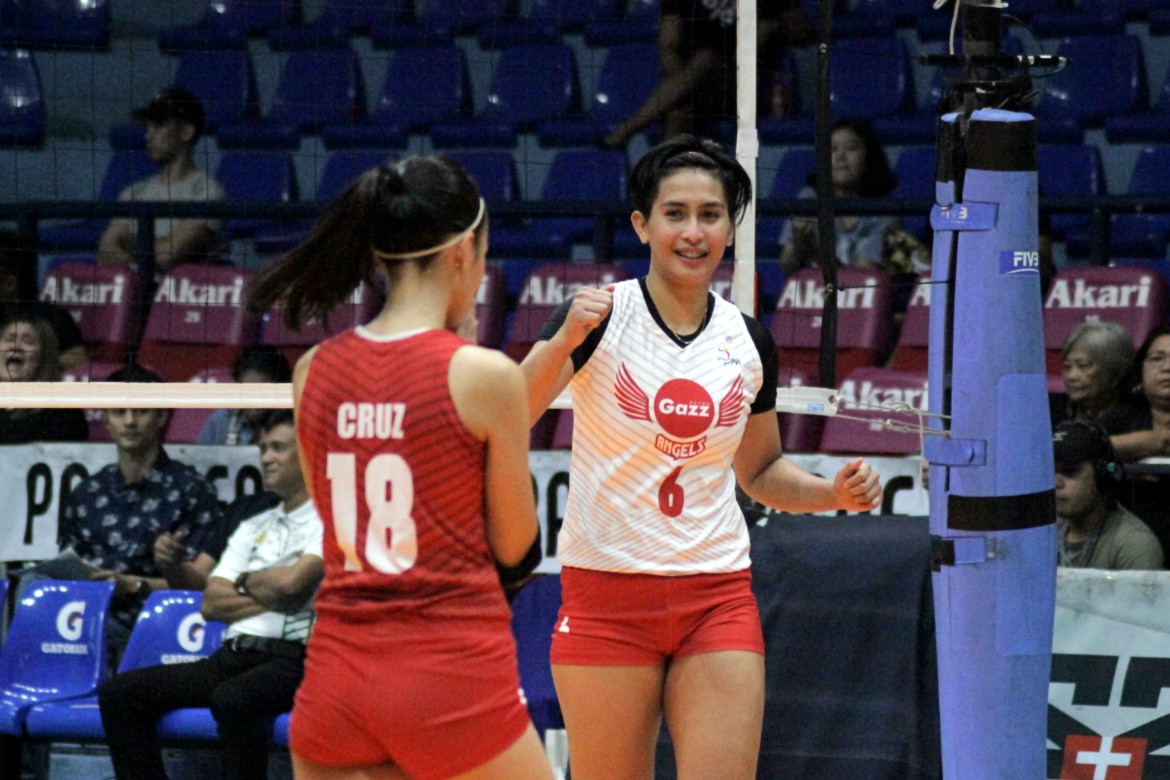 Coming off a stinging loss to Creamline last Saturday, the Petro Gazz Angels dumped their frustrations on PacificTown-Army, whipping the Lady Troopers in straight-sets, 25-15, 25-15, 25-19, in the 2019 PVL Open Conference, Wednesday at the FilOil Flying V Centre.

Tied at 18-all, the Lady Troopers found themselves in a heap of trouble. They coughed up three consecutive errors and set up a breakaway for the Angels, who then relied on their net defense to further stifle the opposition.

Panaga and Prado showed the way for the Angels, who evened their card to a 2-2 slate.

On the other hand, PacificTown–Army – along with Air Force – came off a one-week league in Cagayan De Oro.

The Angels outperformed the fatigue-stricken Lady Troopers on all fronts, tallying a 43-32 differential in spikes, 7-2 in blocks, and 6-3 in aces.

Royse Tubino was the lone double-digit scorer for the Lady Troopers, who absorbed their first loss in three matches. She nailed 10 points – built on nine attacks and an ace – laced with seven excellent digs.

Fresh off a championship match with Cignal last night, Jovelyn Gonzaga managed seven attacks and an ace for eight markers on top of 13 excellent digs.

Petro Gazz will next face the win-hungry Air Force Lady Jet Spikers, while PacificTown–Army take on the Motolite Power Builders. Both matches will be played on Sunday at the same venue.