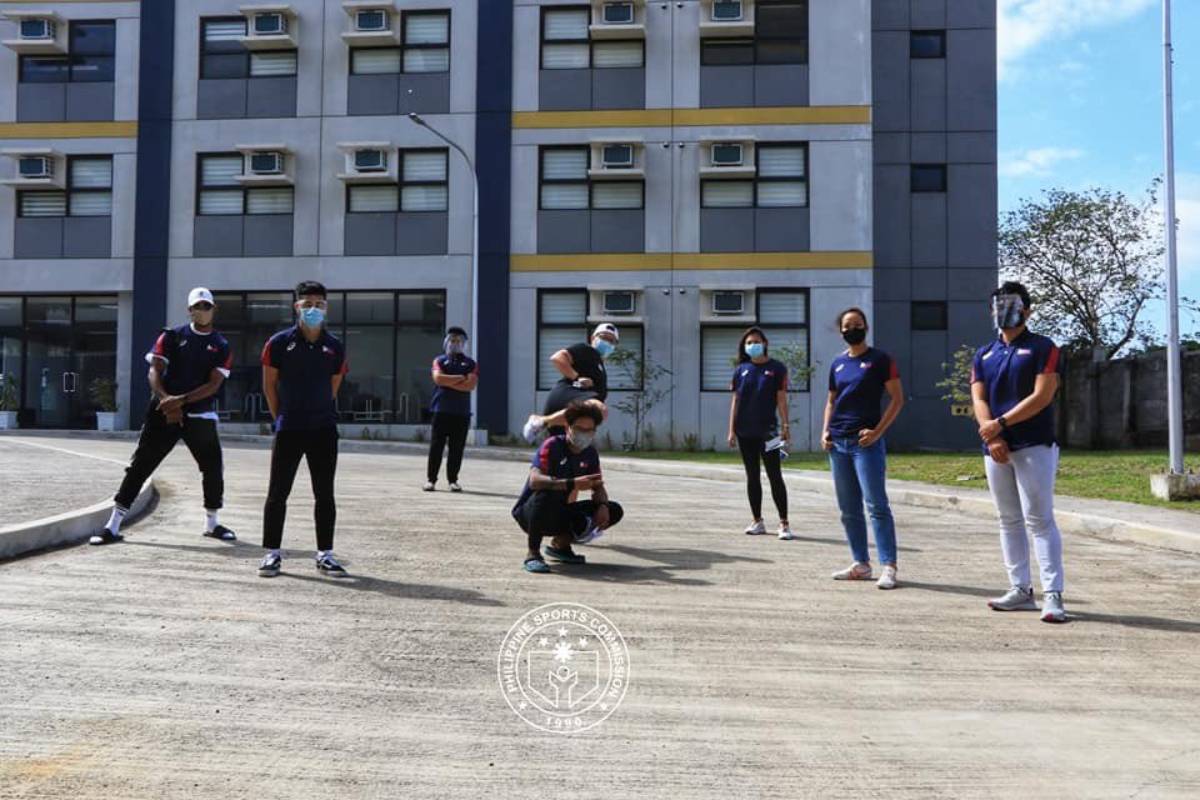 The athletes remain confined in their rooms as part of the health protocols, according to the amiable official. They will have permission to buckle down for work once test results upon entry to the bubble come out negative.

“Based po sa ating timetable and protocol, they can start this week,” Velasco told the Philippine Sportswriters’ Association Forum, Tuesday.

“But not all of them can start because they came in at different periods.”

Velasco said that 57 people consisting of athletes, coaches, and support staff are currently inside the bubble within the NU Laguna campus, and they are expecting a few more to come in soon.

Already there are athletes from boxing, taekwondo, and karate, as they are all preparing for various Olympic qualifying tournaments for the Tokyo Summer Olympics from July 23-Aug. 8.

Also in the facility are Gilas Pilipinas Men, who are gearing up for the FIBA Asia Cup 2021 Qualifiers’ third and final window in Clark, Pampanga on Feb. 16-22, where they will play rivals South Korea and Indonesia.

“Majority of the athletes are there,” he told the weekly session presented by SMART, San Miguel Corp., Go For Gold, MILO, Amelie Hotel Manila, Braska Restaurant, and Philippine Amusement and Gaming Corporation (PAGCOR).

The integrity of the bubble is of utmost importance to ensure the safety of all involved, so the protocols in place are much stricter.

#ReadMore  Donayre, Rene Catalan make their return in ONE: Quest for Power

COVID-19 testing is stringent, with RT-PCR tests administered almost on a weekly basis. Athletes are also not allowed to socialize with other athletes outside of their rooms, since that would be considered a breach of the bubble.

“In the event an athlete goes out – siyempre ang tagal nila hindi nagkita – goes out and knocks on the door of the other room’s athlete, kahit two seconds lang sila nagkita, nagkamayan, we call it a bubble breach,” said Velasco.

“Also, in the event some of these athletes, inadvertently, nagkasabay sila, if they bump into each other, that’s what we call a bubble breach as well,” he added, noting that those caught will undergo “extended isolation.”

Velasco said that they are also prepared if ever somebody inside the bubble returns a positive result.

“If an athlete tested positive, we will transport him to a quarantine center. So mata-transfer po sila sa quarantine center either Rizal (Rizal Memorial Coliseum), Ninoy (Ninoy Aquino Stadium) or Ultra (Philsports Arena),” he said.

“We have coordinated with those centers. Fourteen days they will be there, tapos they will go another fourteen days of self-isolation at home. Once they are okay, based on our protocols they are allowed to go back.”

Asked if the bubble could be stopped due to positive cases inside, Velasco said that they will only make the tough decision to shut it down as a whole if ever they find a super spreader inside.

“In the event po na may super spreader, wala po tayong choice but to shut down the bubble,” he said.

“And that’s a scenario also that we are prepared.”

In terms of injuries and or other illnesses that could affect athletes, Velasco assured that they will also be taken care of well.

“In the case po na may magka-injury or magkasakit, we will notify the local government and they have committed to assist us to have them transferred to a hospital para maayos po sila. ‘Yun po ‘yung protocol natin.”