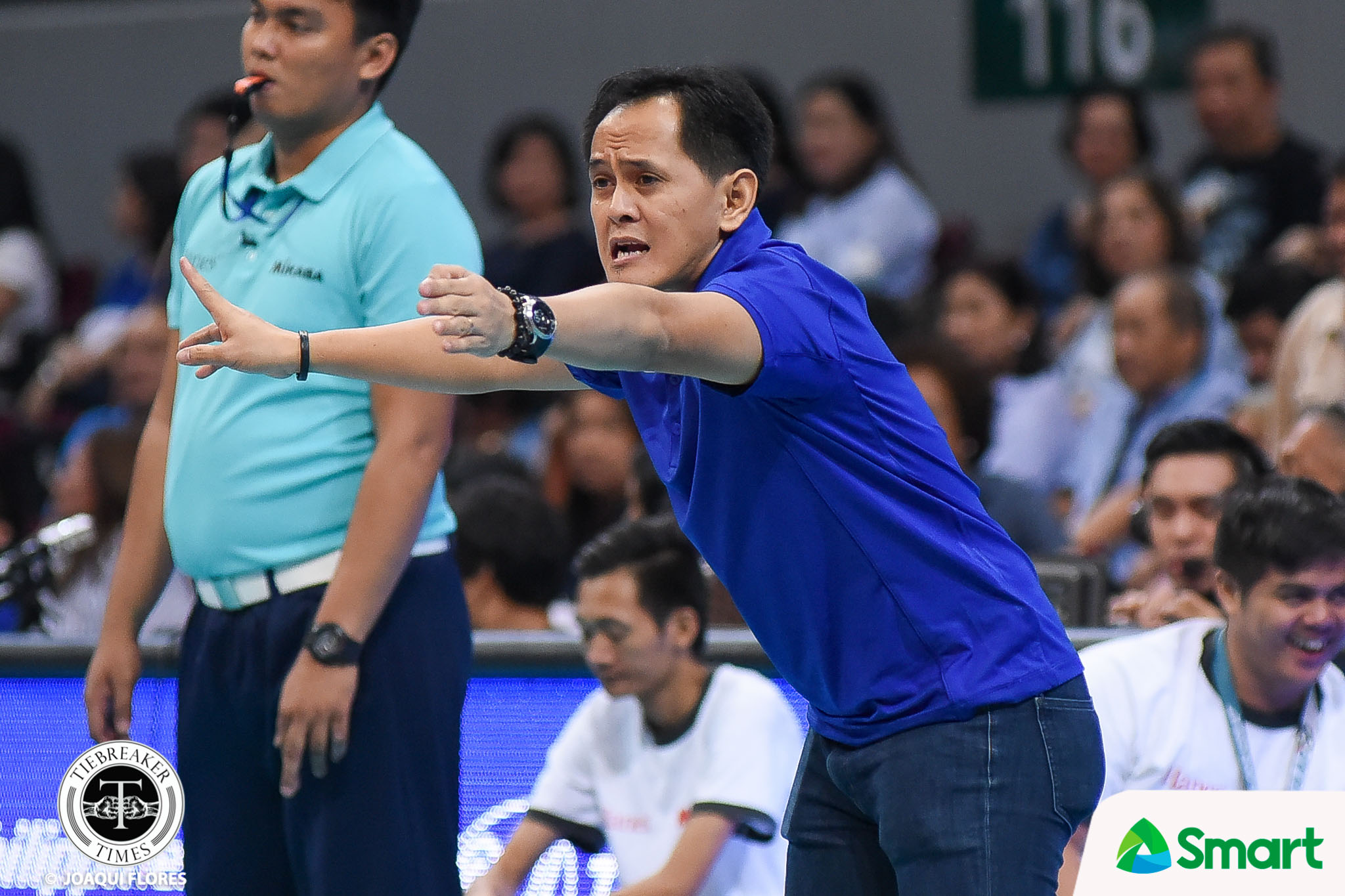 The three-time UAAP Men’s Volleyball champion coach’s fiery ways are a norm for all of his players. However, it seems that most Lady Eagles fans are still yet to get used to him.

Last Saturday, Almadro caught the ire of fans when, during a televised timeout, he called out setter Deanna Wong for whiffing several defensive assignments.

After Ateneo lost to the Banko Perlas Lady Spikers, Almadro was tagged in several tweets with tones ranging from reasonable to profane.

For his part, Almadro is opting to let this episode in the long volleyball season pass. There are some things that most fans will not understand but still have the guts to tag him online in their vitriol. Apparently, some Lady Eagles weren’t even supposed to play against BanKo due to an academic commitment.

“Few people doesn’t matter for me, what’s important for me is I use them as our strength. I use them as a creative criticism for me and of course I don’t put energy in the things I don’t have control over,” shared Almadro, before addressing his team’s win over Adamson-Akari, Sunday evening.

“Rather, I put all my energy at things I have control, which is my team, so ‘yun ang importante.

In his usual fatherly tone, Almadro emphasized the importance of motivating his players. For him, the world will not be kind all the time, so he should also be stern in raising his players, whom he considers his extended family.

“I read all of that, but what matters for me sabi ko nga, ‘I will sacrifice my kindness so that my players will know what is right or wrong because life is cruel.’

“If you will just being kind all the time, they will not understand what is right or wrong. As a parent, sometimes I have to sacrifice kindness because life is cruel in the end because they have to know is right or wrong,” he expressed.

“This is not the UAAP. I’d rather shout at them now and in the UAAP we relax,because malalaman na nila ‘yung right or wrong,” he added. “So what matters for us sa team is we fight for our school, we fight for our family, and we fight for the supporters that pray for us, that support us win or lose.

“Those who does not support us when we lose, it’s okay with us, we still pray for them. What’s important for us is those people that are behind us win or lose because that put us added energy and strength, we fight for the Lord and the Lord will fight for us.”

Deanna Wong herself has gotten used to Almadro. The level of communication she and her teammates share with Almadro has been a blessing. 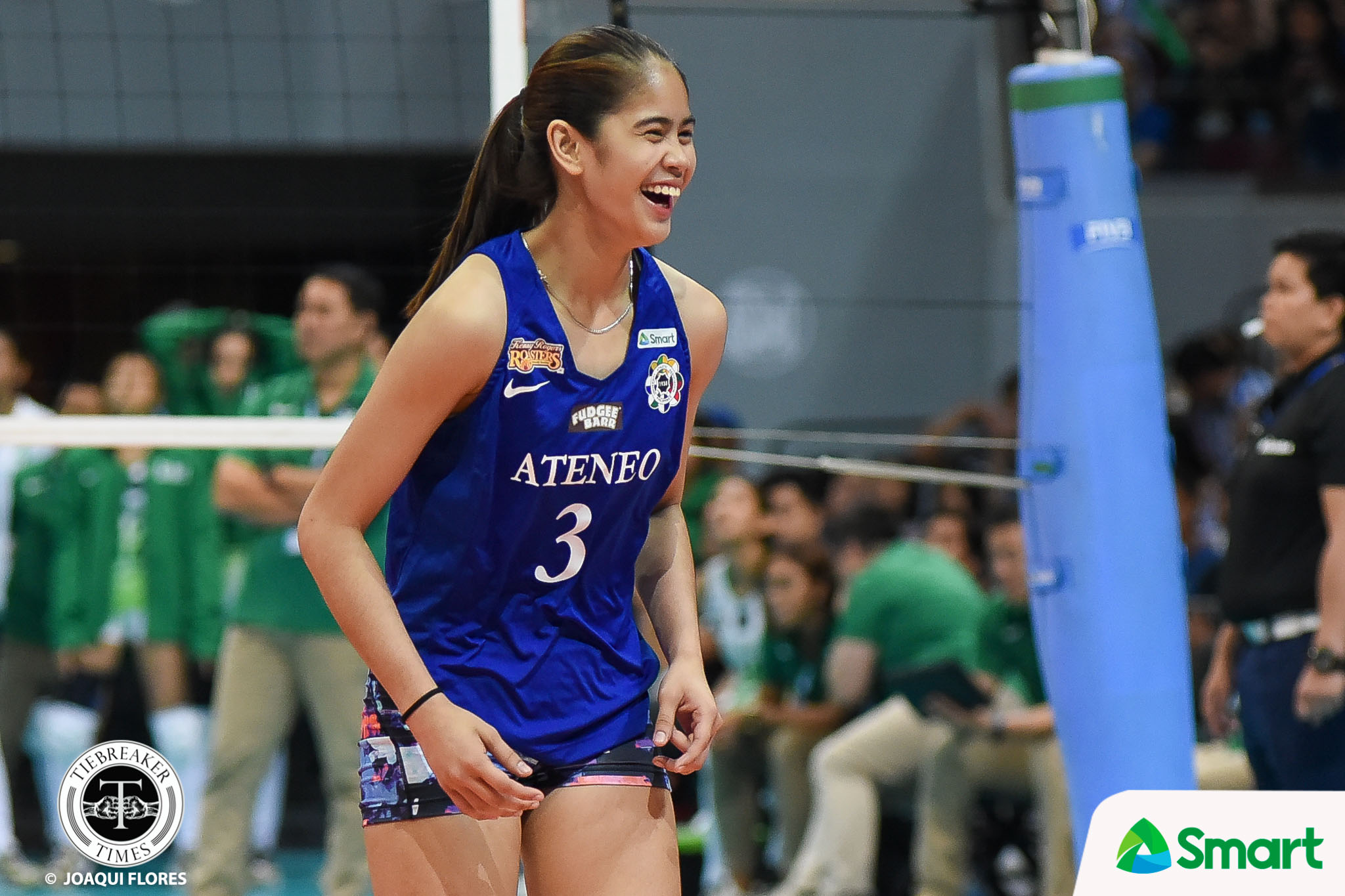 “I really didn’t mind,” she admitted. “It was normal for Coach O to say those things. It’s part of the game naman. Lalo na it was crucial yesterday’s game, it was intense as the game was going.

“Take it in lang, don’t let things distract you. I realized some stuff, reflected on yesterday’s game. Bawi lang.”

Wong shared that this is a necessity before they enter the UAAP wars. So instead of sulking, she and the Lady Eagles are using this as fuel.

“First of all, iba ‘yung intindihan namin as players and coaches. With coach O, naiintidihan namin ‘yung mga pagkakamali namin, sobrang detailed so we can easily understand what we need to be better. Iba ‘yung system niya din. As the UAAP is coming, we’re still adjusting din, but it’s been good,” she added.

“Before, sobrang… Lagi akong umiiyak kasi nasisigawan niya ako lagi. But now, I learned to take it in lang and take it to heart lang. Bawi lang.”

Thirdy Ravena has no qualms about off-the-bench role: ‘I’m just doing my job just like my teammates’