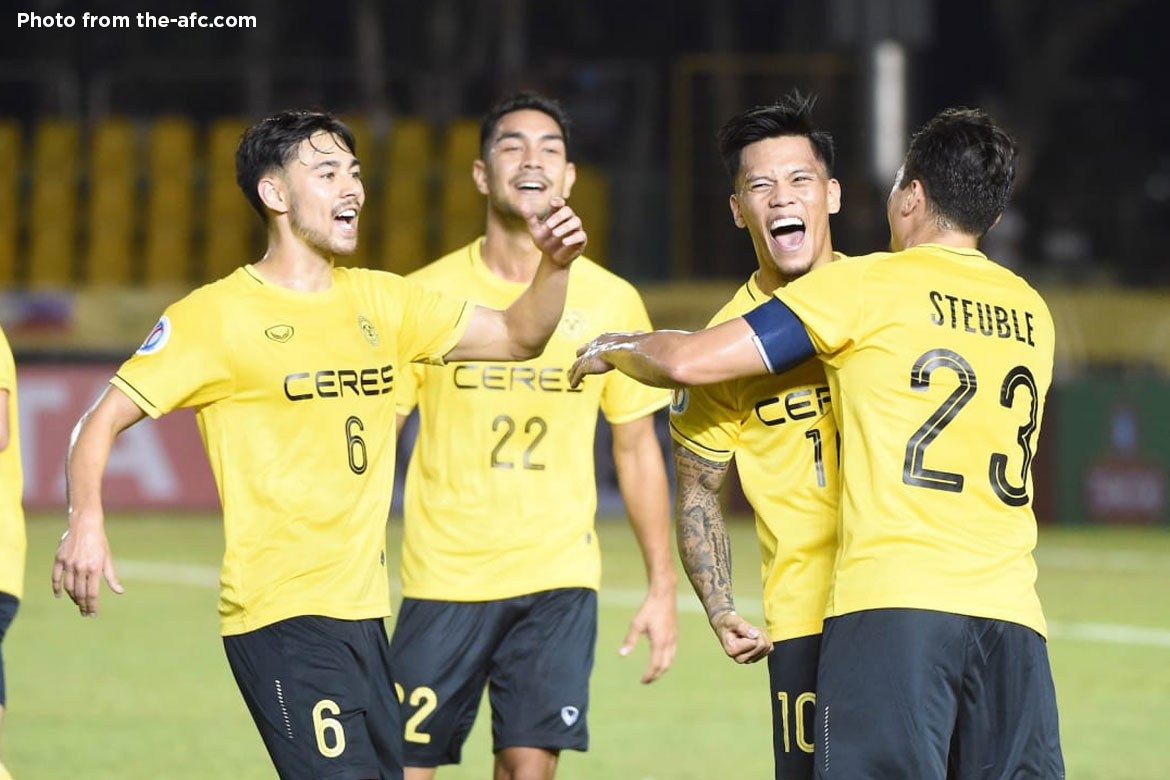 Ceres-Negros Football Club overcame the disappointment of its early exit from the 2019 AFC Champions League with a winning start to their 2019 AFC Cup campaign.

The 2018 Philippines Football League champions prevailed 3-2 against Myanmar club Shan United at the Panaad Stadium in Bacolod City. The result means Ceres is Group G leaders with 3 points after matchday one; earlier in the day, Indonesia’s Persija Jakarta and Vietnam’s Becamex Binh Duong FC played out a 1-1 draw.

The Busmen suffered a scare early on when Shan United forward Maycon Calijuri found the back of the net, only for his strike to be ruled offside. Ceres then drew first blood after in the 19th minute thanks to OJ Porteria’s close-range finish.

A little later, Ceres earned a two-goal cushion in the 37th minute. Bienvenido Maranon, the Busmen’s star forward, was fouled by Shan’s goalie Phone Thitsar Min. Referee Yaqoub Yousuf Alhammadi quickly pointed to the spot. Maranon then converted the penalty with ease to double the home side’s advantage before the break.

Upon the game’s resumption, though, Ceres suffered a setback. Zin Min Tun converted Hedipo Gustavo’s cross from the left flank to pull one back for Shan United in the 50th minute. It was in the final minutes of the contest that the game turned upside down.

Porteria restored the Busmen’s two goal lead, and looked to seal the win in comfortable fashion in the 87th minute with a fantastic individual effort. The Filipino-American player latched on long ball and shot past Min to secure the win.

However, Shan refused to go quietly. Substitute forward Ko Ko Chit capitalized on a defensive miscue and headed the ball into the net to score the Burmese team’s second goal of the evening, just a minute after Porteria’s striker.

Nevertheless, Ko Ko Chit’s goal was nothing more than a consolation strike. The Negrenses held on for the win and all three points. 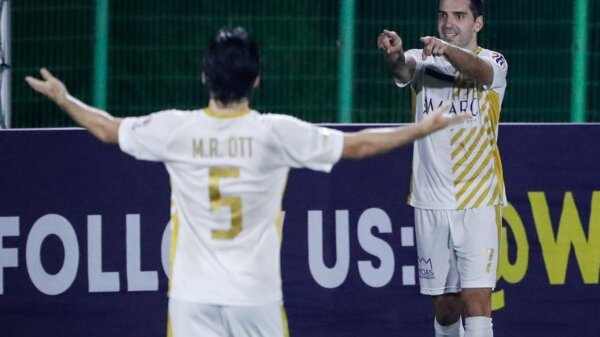