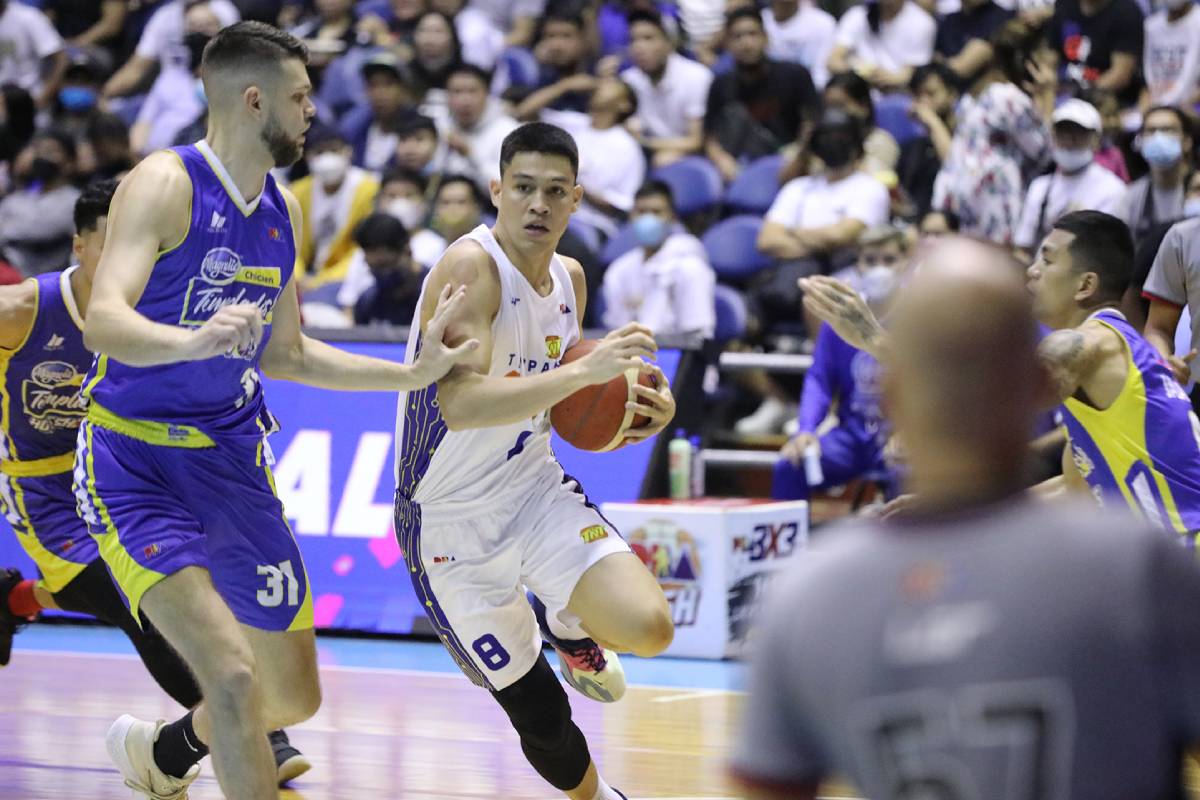 Calvin Oftana declined to comment on the foul called on him that proved so costly for TNT in its PBA Commissioner’s Cup opener, Wednesday night.

The young winger got whistled while trying to help import Cam Oliver in defending Paul Lee with 4.3 seconds left, sending the star gunner to the line that saw him calmly make both free throws to give Magnolia the 94-92 lead.

The Hotshots went on to take the win with the said scoreline but that call clearly didn’t sit well with the Tropang Giga, to the point that head coach Chot Reyes charged to the officials’ table after the postgame handshake.

Then again, Oftana is choosing to move forward — even if it spoiled his first game with the flagship MVP Group franchise.

“No comment, no comment,” he said moments after the match at the SMART Araneta Coliseum. “Talagang ganun ‘yung basketball e. May mga ganung bagay na mangyayari talaga so we need to move on and proceed to the next game.”

What Oftana is more concerned about is learning from his TNT debut, especially after committing both of his turnovers in the fourth quarter alone — the period where Magnolia stormed back after trailing by 13 in the third.

“‘Yung dalawang turnover ko, dun ‘yun sa fourth quarter e, so I will learn from that,” said the 26-year-old, who finished with 12 points and seven rebounds.

He did not have the ideal start to his Tropang Giga journey but it’s all about going back to the drawing board now for Oftana, as he tries to find his place in a team as star-studded as the perennial contender.

#ReadMore  Jeremy Pacatiw does not renew with BRAVE, hopes to join ONE

“Kailangan ko lang talaga mag-fit in sa high-caliber team like TNT na mostly nasa Finals,” said the NCAA Season 95 MVP out of San Beda, who was traded to TNT through a three-team deal prior to the conference.