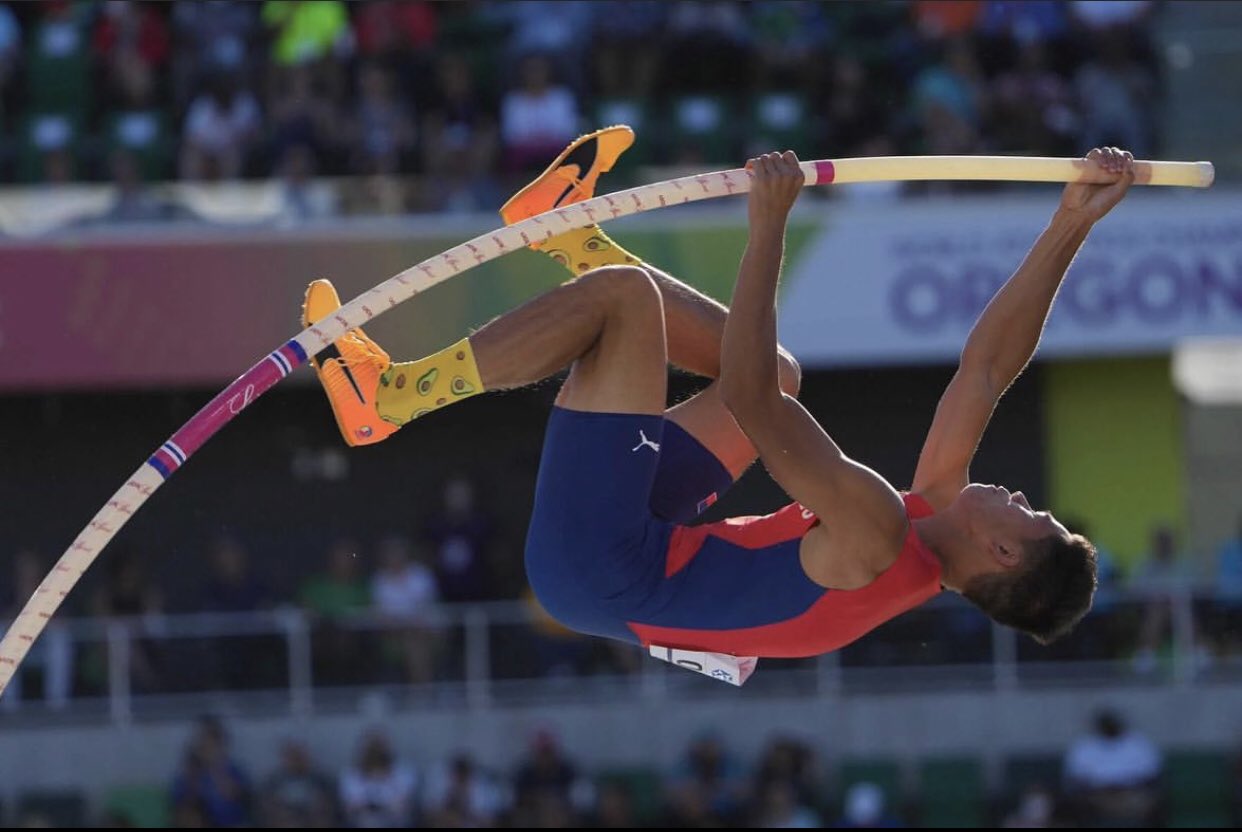 EJ Obiena made a historic debut in the World Athletics Championships.

The world number 6 pole vaulter bagged the country’s first-ever Athletics Worlds medal — a bronze — with an Asian record-leap of 5.94 meters in the men’s pole vault event of the Championships, Monday morning (Philippine time) at the Hayward Field in Eugene, Oregon in the United States.

Obiena raised the mark of 5.93 meters he previously set in September of last year when he won the 2021 Golden Roof Challenge in Innsbruck, Austria.

The 26-year-old University of Santo Tomas product earlier took care of 5.55 meters on his very first jump before needing a second one in 5.70. He then cleared 5.80 and ever closely grazed 5.87 to push himself in medal position as the others struggled at the latter height.

Obiena then sealed a good position to take the medal with his second-time clearance at 5.94, as Thiago Braz elected to pass at the said height on his final attempt. Eventually, the Brazilian missed his last chance at 6.00 and the Filipino secured the bronze.

#ReadMore  Kai Sotto has no regrets turning down Div I schools, Euro clubs for G League
In this article:2022 Athletics World, EJ Obiena 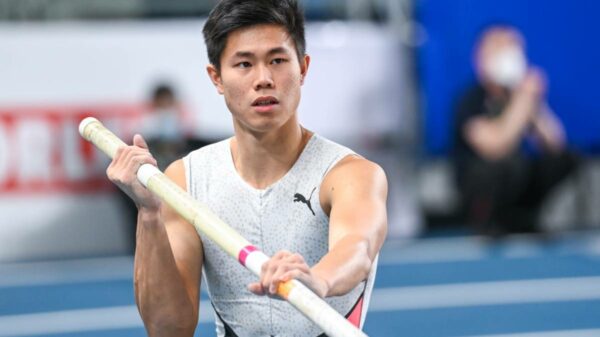