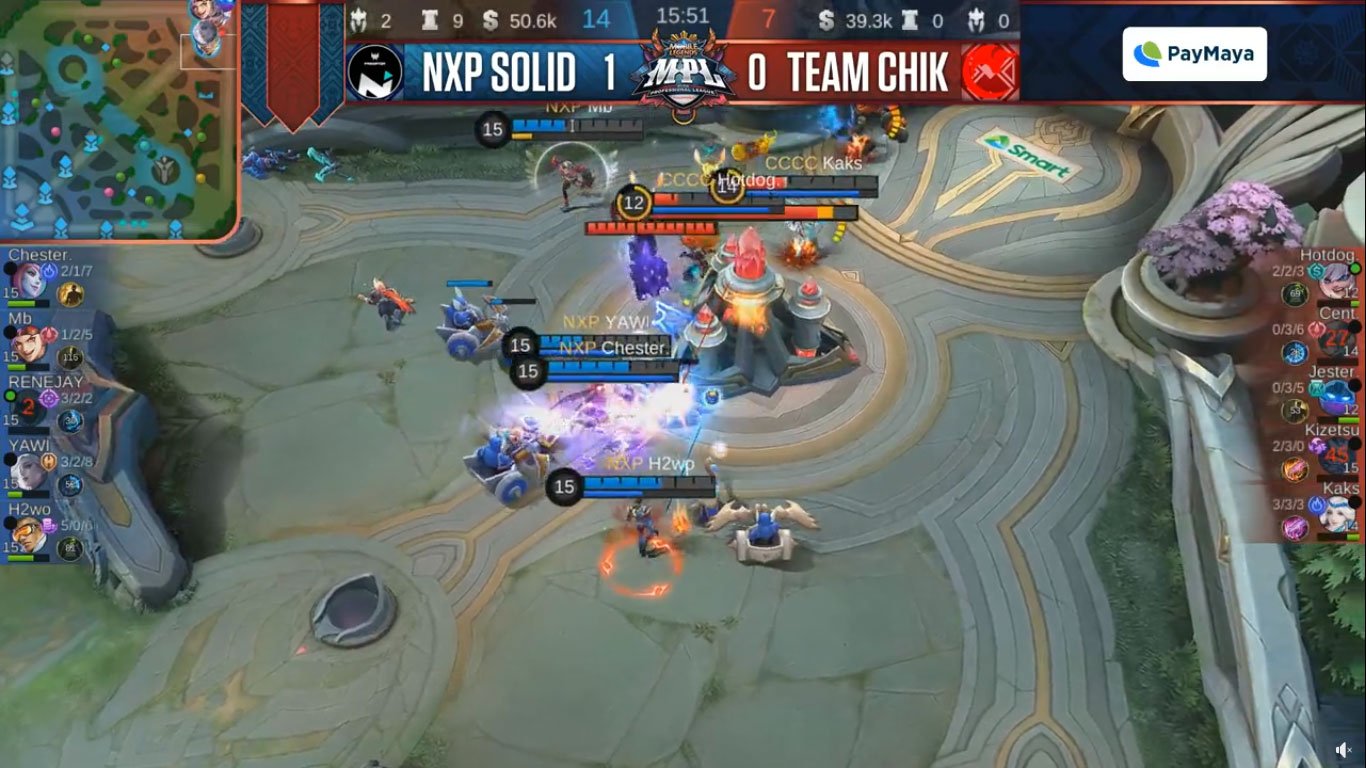 H2Wo wreaked havoc all over the competition, carrying fan-favorites Nexplay Predator Solid to the main draw of the Mobile Legends: Bang Bang Professional League-Philippines Season Six after booting out Team Chik via a 2-0 sweep in the Group B main qualifiers finale, Sunday.

This will be the first time that a team handled by local MLBB pundit Setsuna ‘Akosi Dogie’ Ignacio will qualify for the two-year-old league since the revamped Aether Main squad did it back in Season Three.

And Ignacio – who took the AE Main squad that won it all in Season One under his wing – has rising star H2Wo to thank for it.

H2Wo was a man among boys in the qualifiers, being named Most Valuable Player in five of NXP Solid’s six matches in the qualifiers. The squad also did not drop a game in the four-team, double round elimination qualifying tournament.

In the Game Two of the finals, NXP Solid put out a dominant performance once more, taking a 7-2 kill advantage at just the seven-minute mark of the game.

Team Chik tried to stand their ground in the mid-game, but a well-farmed H2Wo (Bruno) and Renejay (Helcurt) proved to be too much for them.

NXP Solid took down the lord in the 14-minute juncture which capped off their masterful performance in the qualifiers.

H2Wo finished with five kills, six assists with no deaths while Renejay had three kills, two assists, and two deaths. Chester was reliable as ever for NXP, dishing out seven assists to go along with a kill.