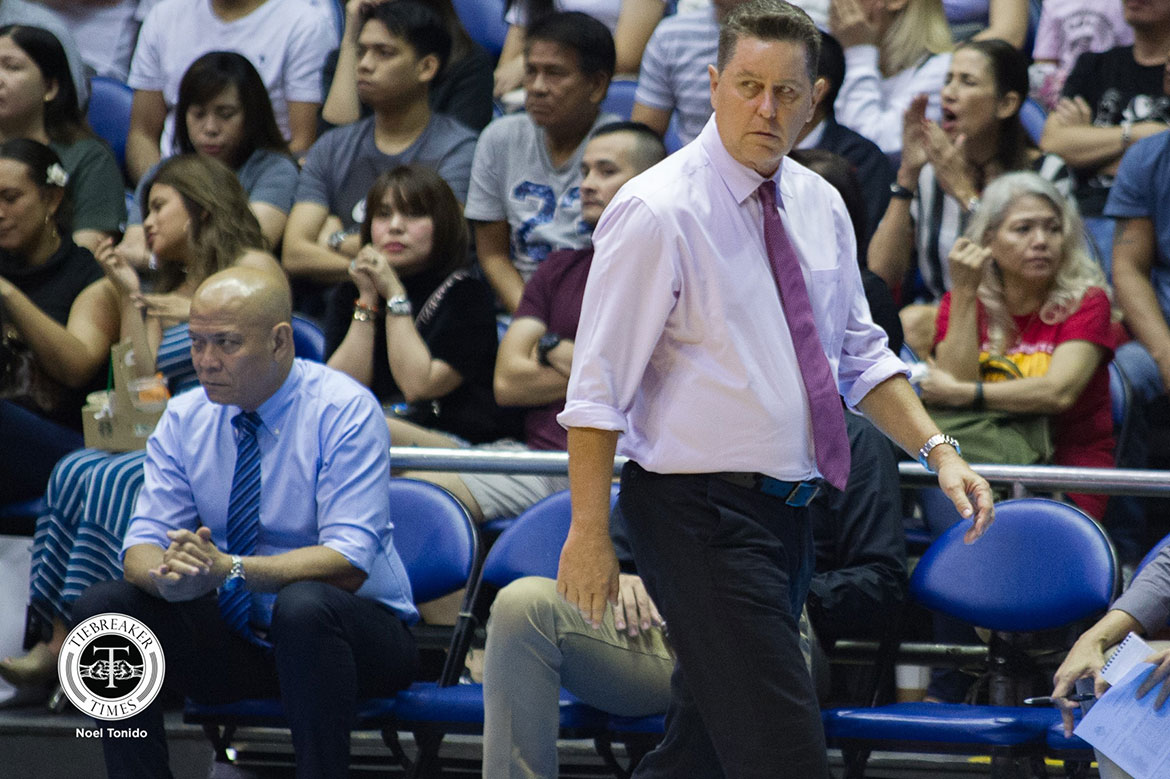 Reigning, back-to-back Governors’ Cup champions Barangay Ginebra San Miguel just made another strong case for bagging their third straight title, as they are currently the top-seeded team of the season-ending conference.

The Gin Kings beat rivals Magnolia Hotshots in another Manila Clasico showpiece, 93-86, Sunday night at a packed SMART Araneta Coliseum, to rack up an 8-2 win-loss record.

But as much as being the number one seed brings confidence to the crowd favorites – who are now nearly complete with the return of Greg Slaughter and Sol Mercado – head coach Tim Cone doesn’t see any advantage to it.

There is some accuracy to Cone’s comment. Unlike in the first two conferences, where only the top two teams are armed with a twice-to-beat advantage, the Governors’ Cup sees four teams with the favorable edge.

But the decorated mentor noted that it will not be a walk in the park despite the twice-to-beat. Currently, two teams are battling for the eighth and final playoff spot: the TNT KaTropa and Ginebra’s archrivals, the Meralco Bolts.

The KaTropa – whom they will face on November 4 – have lost their last two games, while the Bolts are in the midst of a three-game winning streak.

“Our league, one through eight, you don’t want to play anybody.”

Justin Brownlee lauds Ginebra for stepping up for him: ‘One man falls, your brother is there to pick you up’