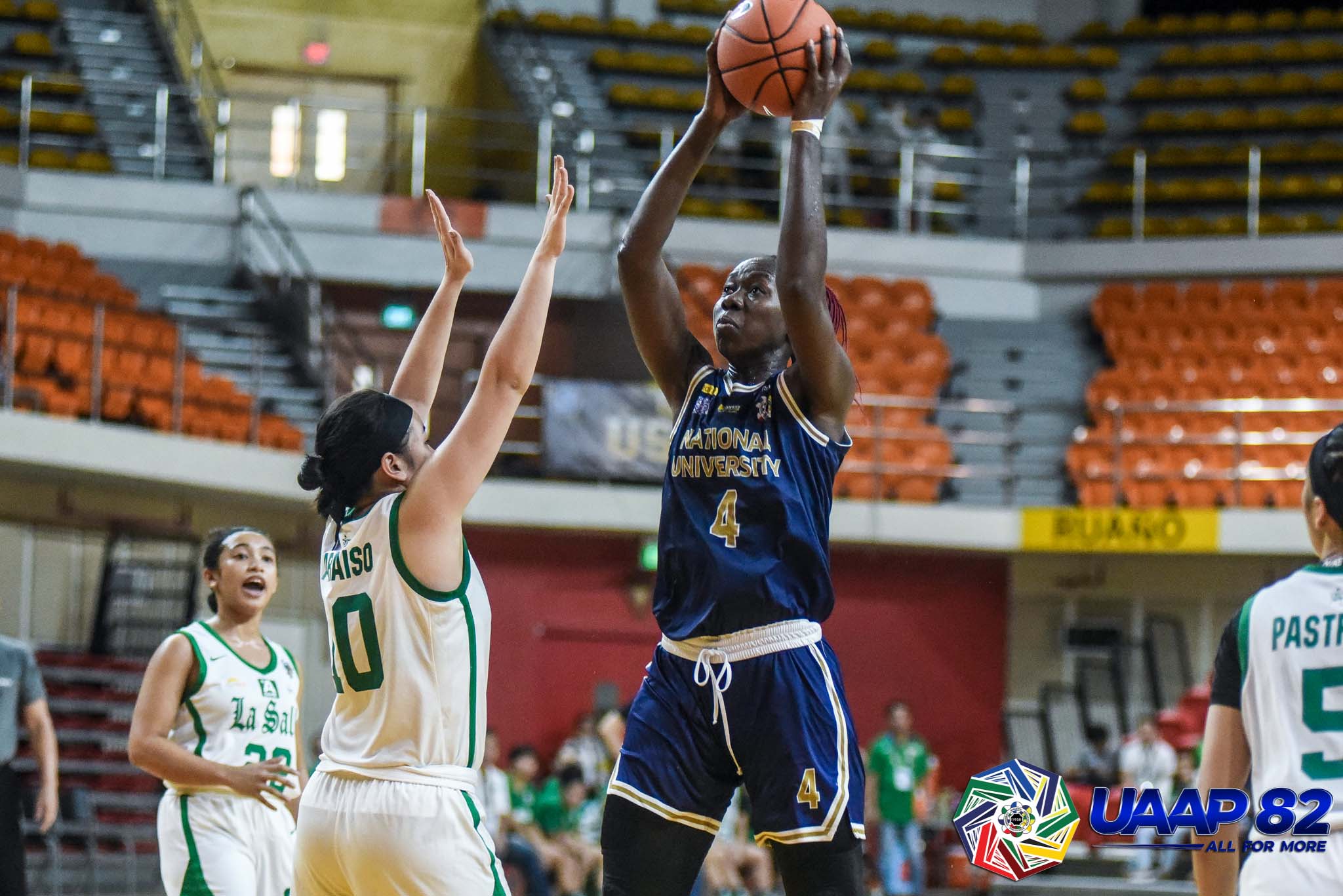 Knowing that the Lady Archers are contenders to watch this season, NU head coach Patrick Aquino’s call was to start aggressively.

“I told the girls to play hard. We’ve been coming off the start very slow. Going into the game, they are in it by the second quarter and then slow again in the third quarter,” he said. “I just want us to be consistent with everything – to start strong and finish stronger.”

The Lady Bulldogs picked it up a notch in the second period after scoring 29 points in the opening quarter, while limiting the Lady Archers to only nine.

Camille Clarin set the tone in the first half, scoring 11 of her 19 points in the opening frame. Meanwhile, Kaye Pingol and Kelli Hayes produced 14 and 11 markers, respectively.

Though La Salle tried to mount a third-quarter fightback, but the lead was just too much to overcome. The Lady Bulldogs then went to clinch their 83rd consecutive victory.

Chuchi Paraiso and rookie Kent Pastrana paced the Lady Archers with 14 and 11 points.

NU will take on the University of Santo Tomas Growling Tigresses on Sunday, September 15 at 8 a.m. at the SM Mall of Asia Arena. On the other hand, La Salle battle the Far Eastern University Lady Tamaraws on Wednesday, September 18, at 10 a.m. still at UST.