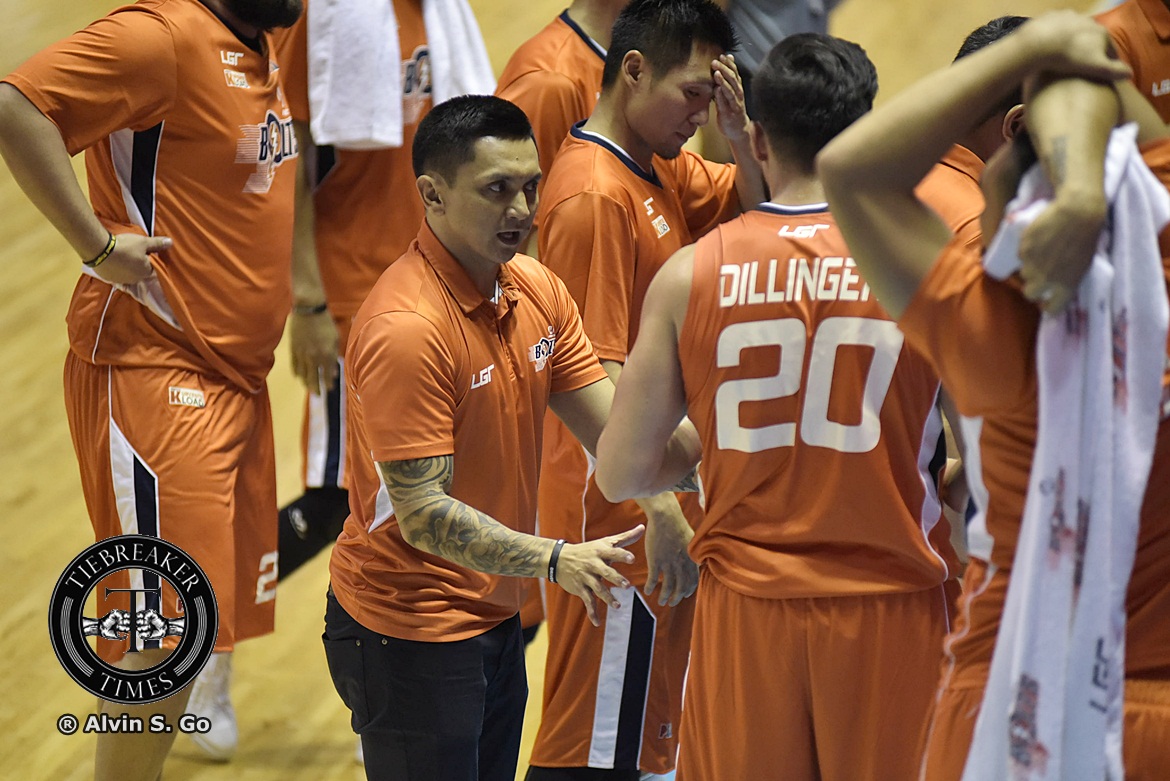 When Jimmy Alapag was offered the head coaching post for ASEAN Basketball League team Alab Pilipinas, he made sure to consult with the people he trusted before making a decision.

And one of the people he sought advice from was Meralco Bolts head coach Norman Black, the coach that had helped him transition into the world of coaching.

“Jimmy talked to me about it a month and a half ago about the possibility of it happening,” disclosed Black after Meralco’s 94-100 loss to NLEX, Sunday night.

Though the 59-year-old tactician would lose a member of his staff if Alapag accepted the job, the eight-time PBA champion coach was willing to let him go, as an opportunity like this does not come every day.

“I told him that if he had the opportunity to be a head coach and run his own team, he should take it,” Black added. “If he wanted to stay here in Meralco, he could do that also. But obviously, it’s going to be hard since they travel.

“They play so many games outside the country so he needed to choose just one job.”

Last Saturday, Alapag was formally announced as the head coach of Alab, ending his stay with Meralco after this conference. And Black knows that his former player and colleague has what it takes to be an excellent head coach.

“I’m sure he will be out there teaching his players on the system that he wants to run. So, I expect him to be a good coach,” added Black.

To conclude, the third-year Meralco mentor is thankful to have worked with Alapag and for helping change the culture of the seven-year old franchise.

“He has been a big help with the Meralco team. We wish him nothing but the best.”