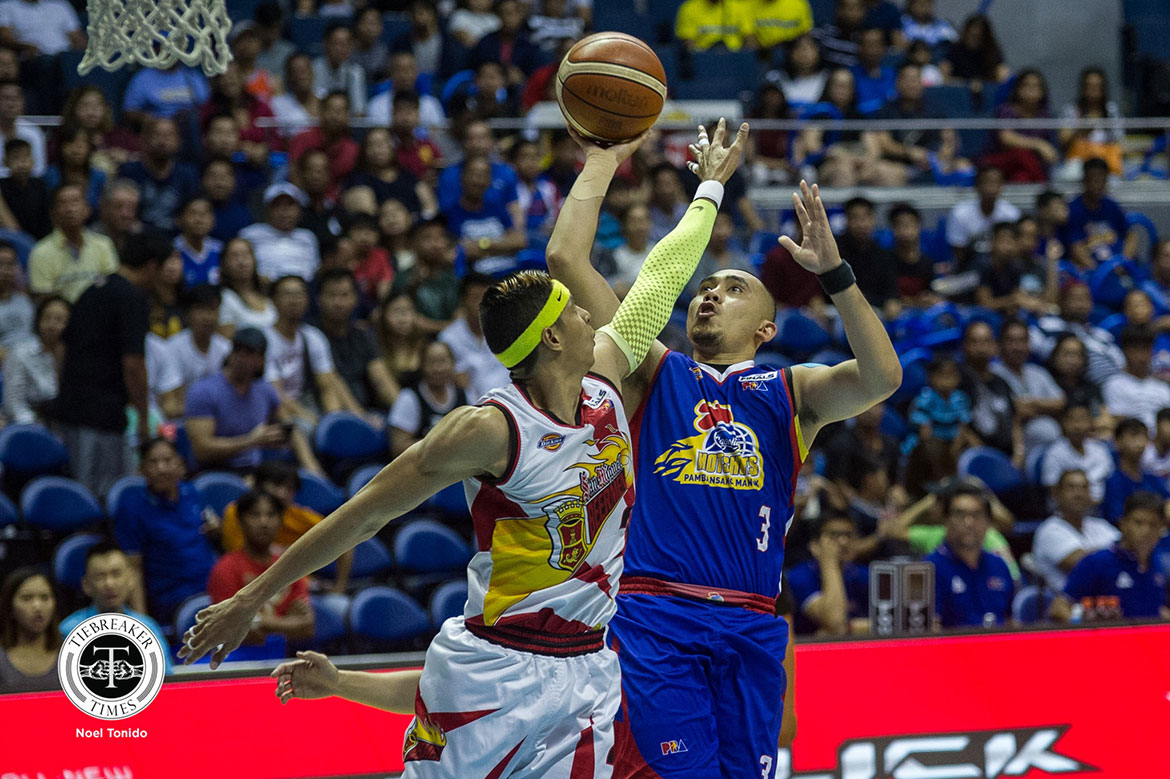 Paul Lee admitted that the pain in his shoulder has yet to completely heal and that he only played through it in Game Six of the 2019 PBA Philippine Cup Finals on Sunday night, just to try and help the Magnolia Hotshots.

Still, Lee managed to put up 10 points, seven rebounds, and three assists in over 28 minutes. Unfortunately, his contributions went for naught as the Hotshots lost, 86-98.

“Yeah, a little bit. Medyo stiff lang siya,” admitted the 30-year-old guard out of Tondo, Manila, moments after the loss that sent the series at 3-3.

The night was even tougher for Lee since the Hotshots blew a golden opportunity, not just to end the series in six games, but also to end the Beermen’s four-year reign as All-Filipino champs.

Now, the series has boiled down to a deciding Game Seven on Wednesday.

This will be the first time since 2016 that the Philippine Cup Finals reached its limit. San Miguel finished the last two editions – versus Ginebra and Magnolia, respectively – in five games.

In terms of experience in playing a decider in the Finals, SMB have the edge; they have won twice, back in 1988 and 1992. Meanwhile, Magnolia have only won one, back in 2013.

But the eight-year pro from UE said that there’s no pressure on the Hotshots’ side.

READ  Paul Lee on Rain or Shine's young guns: 'We did not respect some of their guys'
Related Topics:2019 PBA Philippine CupMagnolia HotshotsPaul LeePBA Season 44
Up Next

REPORT: Rain or Shine to ship Raymond Almazan to Meralco