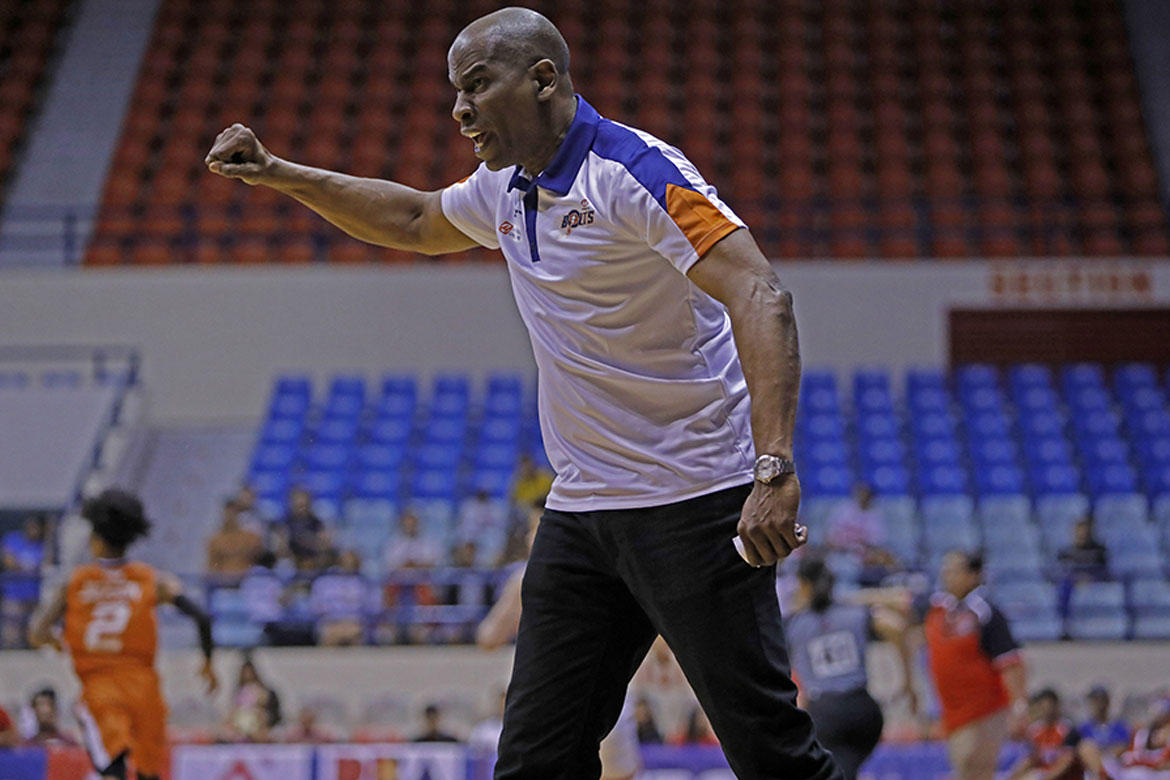 The Meralco Bolts were the butt of plenty of jokes after the electricity went out inside the Ynares Center, Saturday evening.

But for Norman Black, the seconds-long brownout – which happened late in the Bolts’ match with the NLEX Road Warriors – had nothing to do with the result.

The match had been tightly contested prior to the incident, as the Road Warriors were holding on to a slim 81-78 lead with 2:57 remaining in the final frame. The lights took some time to spark up, and they returned after 16 minutes.

But that power outage seemed to zap the Bolts as well, as they fell short, 83-87, after Ranidel De Ocampo’s potential game-tying under-the-basket stab got blocked by reigning Defensive Player of the Year Poy Erram.

“Having a brownout is never good.

“But it doesn’t really benefit or hurt either team, in a sense that we have to both deal with. Certainly can’t use it as any type of excuse. We had our chances. So many easy shots that we missed,” Black said.

“I could have put us up, kept us up two, four points. Eventually, they went down and made their shots. Erram made the big defensive play in the end. We had a chance. Ranidel was wide open for a moment. But he was too slow in taking the shot so he got blocked. We got our chances. We can’t blame it on the lights, that’s for sure,” he admitted.

The loss is a tough pill to swallow for Meralco, as they failed to follow up their huge 88-77 victory over the TNT KaTropa last Wednesday – a victory that saw the Orangemen claw their way back from as deep as 21 points down.

READ  With no pressure, Uy snares silver in Day 1 of Asian Championships

Asked about the irony of the brownout happening at a game of a team backed by an electric company, Black said that there’s nothing funny with it.

“I’m sure Meralco had nothing to do with the brownout. It’s definitely not funny. We lost. If we had won, it would have definitely been funny. But we lost,” quipped Black, who has been with Meralco since 2014.

“I don’t think Meralco had to do anything with the brownout.”