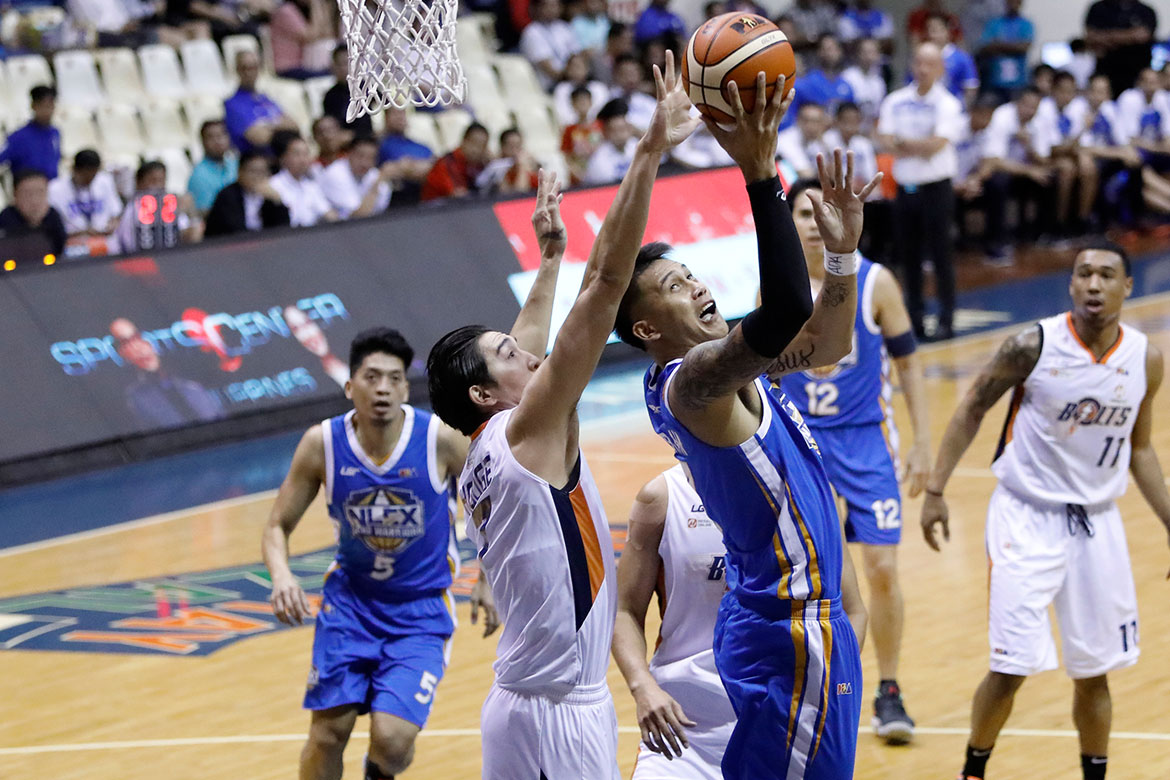 Even a 10-second power interruption couldn’t stop the NLEX Road Warriors from downing the Meralco Bolts, 87-83, to collect their second straight win in the 2019 PBA Philippine Cup, Saturday evening at the Ynares Center in Antipolo.

A huge block by Poy Erram on Ranidel de Ocampo underneath, followed by Bong Galanza’s perfect trip to the line with four ticks left, saved NLEX from Meralco, who had tied the game at 83-all after going down by five with 3:19 left in the fourth.

Both teams hold 2-3 record in the standings.

“That’s the key play. That’s as good as the winning shot,” lauded Road Warriors head coach Yeng Guiao of Erram’s rejection, which was his fifth of the game. “That’s really the role Poy Erram plays for us defensively.”

The game appeared in the Road Warriors’ favor when their seven unanswered points – punctuated by Alas’ shots from the charity stripe – turned a two-point deficit to an 81-76 lead with 3:19 remaining in the fourth.

But the Bolts responded with their own 7-2 run – ironically highlighted by a 10-second power outage at the 2:57-mark that took about 16 minutes to resolve – to tie things up at 83-all with 1:34 on the clock.

Meralco had their chances to take the driver’s seat. But Quiñahan split his freebies to give NLEX an 84-83 lead with 31 seconds to go. De Ocampo tried a fadeaway jumper on the other end 13 seconds later, but he missed.

Marion Magat was able to grab the miss, and the Bolts fouled him to freeze the clock. Magat failed to maximize his trip to the foul line, as he only made one of his free throws, leaving the door open still for the opposition.

Meralco managed to execute a good play that gave De Ocampo room underneath the rim, but Erram anticipated the veteran’s shot and blocked him, 8.5 seconds left. NLEX then collared the loose ball.

Galanza was sent to the line, and he delivered, coolly sinking his free throws with 4.8 left to ice the game.

“We went through the eye of the needle to get this win,” said Guiao.

NLEX will look to make it three in a row versus the Phoenix Pulse Fuel Masters on February 8, Friday, at Mall of Asia arena. Meanwhile, Meralco will face Columbian Dyip on February 13, Wednesday, at the SMART Araneta Coliseum.

Risa Sato vows to do better in academics, volleyball