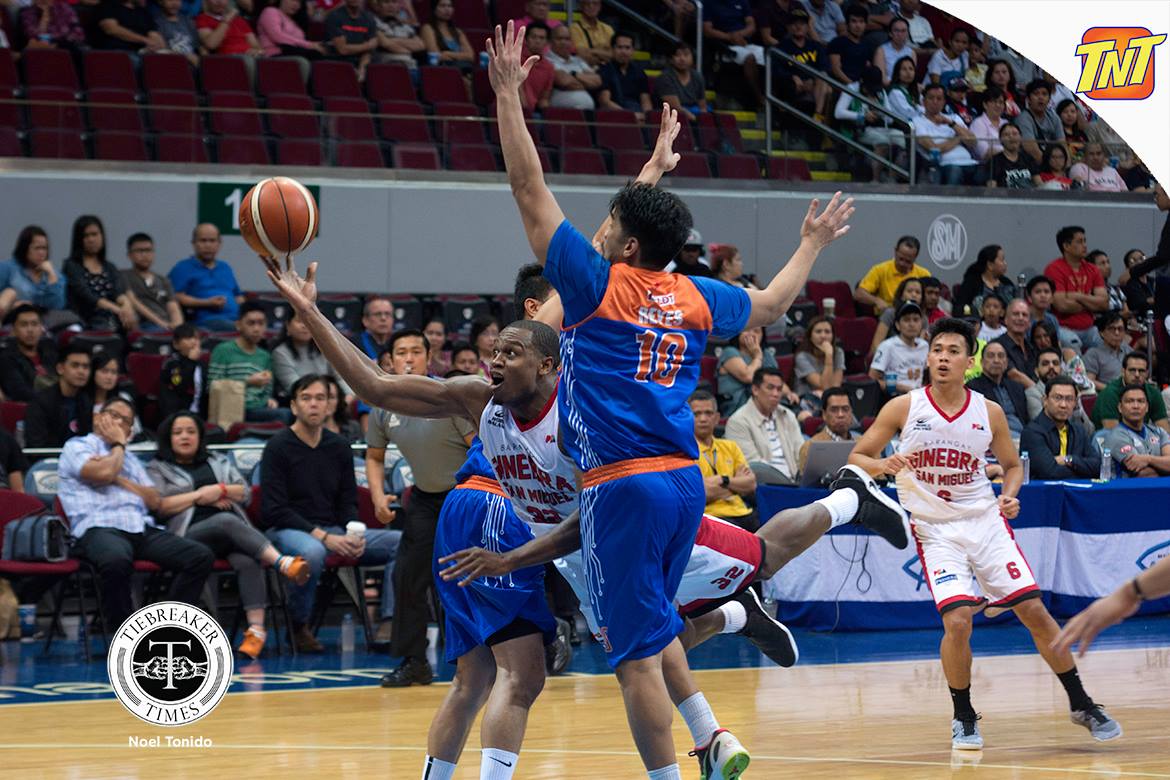 Coming off a four-day break, the Barangay Ginebra San Miguel did not display the same intensity in their semifinals opener compared to their elimination round campaign that saw them nab top seed.

But Justin Brownlee does not want to use that as an excuse, as the Barangay dropped the series opener to the TNT KaTropa, 100-94, at the SM Mall of Asia Arena.

“We took off what, maybe about a week, [four] days, something like that. It could be rest, but we’re not using that as an excuse,” said the American guest player, who led Ginebra with 24 points on 11-of-20 shooting to go with 14 caroms.

Making the night even harder for Brownlee and his side was the challenging task of containing TNT’s giant import Joshua Smith, who simply played like a beast inside the paint with 35 points and 13 rebounds.

“He’s a dominant force in the paint, so we had to maybe do something different — maybe something, I don’t know,” stressed Brownlee.

“He’s not playing his minutes, but when he’s in there, he’s pretty much unstoppable.”

And aside from the problem of defending the 6-foot-9, 330-pound bruiser, the 2016 Governor’s Cup champion also lamented their lack of fluidity on offense, despite shooting 45 percent from the floor and dishing out 20 assists.

“We just have to get our rhythm back on offense. I don’t think we did a great job on offense today. We’re moving the ball. But with our continuity, we didn’t do very well,” rued Brownlee, as they now aim to avoid a dangerous 0-2 hole this Tuesday, June 13.

“But we go to practice tomorrow. Coach Tim will have something for us. We’re going to look forward to that.”