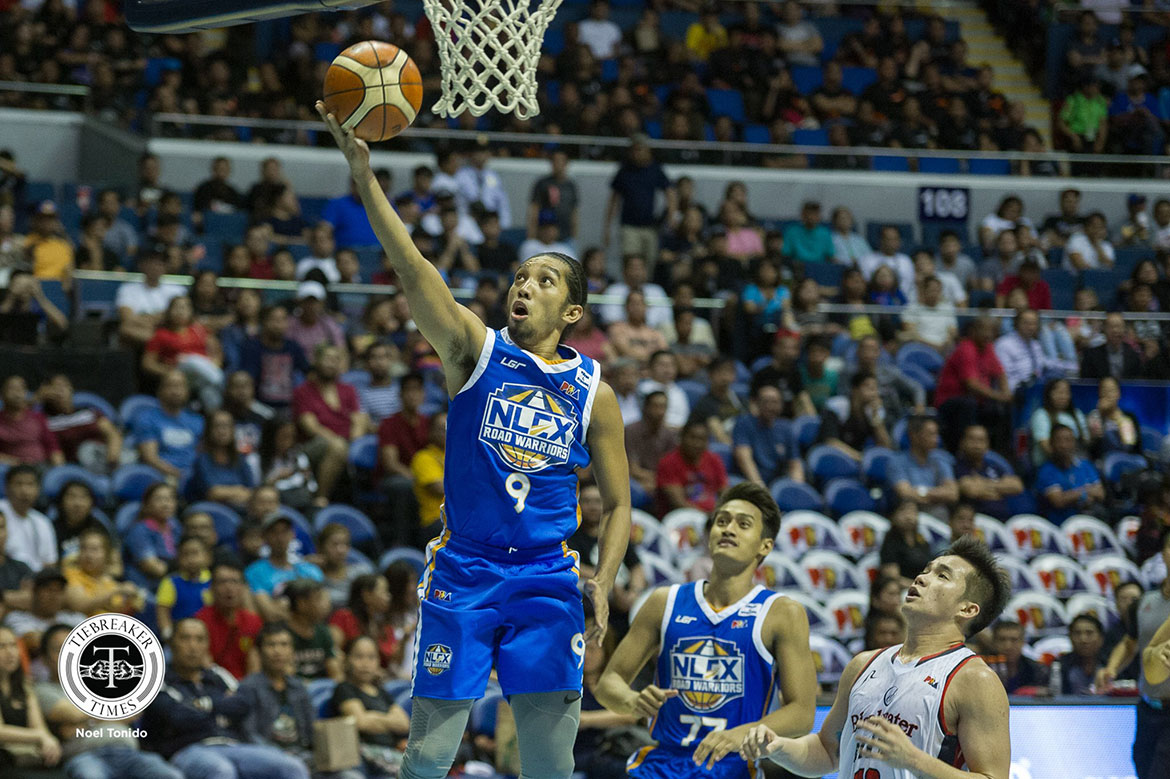 Now in the final stretches of the conference, the NLEX Road Warriors have further improved their chances for the 2019 PBA Philippine Cup playoffs after defeating bottom-dwellers Blackwater Elite, 122-101, for their second consecutive win, Sunday evening at the SMART Araneta Coliseum.

The Road Warriors have improved to 4-5 and have now overtaken the Columbian Dyip for the seventh spot of the standings while dragging Blackwater to 2-8, which makes it virtually impossible for them to make the next round.

Head coach Yeng Guiao likes what he has been seeing from his chargers, but expressed concern as they will have to earn wins over Barangay Ginebra and Magnolia — their last two games — to cement their spot in the quarterfinals.

“This is a good development for us trying to stay alive and survive. I think this will bring us up seventh, which is safe, but we have two games left. Worried kami na may chance pa dahil sa Ginebra and Magnolia,” said the veteran mentor.

Five Road Warriors finished in double figures, with Philip Paniamogan leading the way with a career-high tying 25 points along with nine assists. Poy Erram had 20 points and 10 rebounds in his first match-up with his former team.

Bong Galanza churned out 18 points, while Kenneth Ighalo made 17 points, three rebounds, and three assists. Juami Tiongson was stellar as well, producing a double-double of 13 points and a game-high 11 assists.

The Road Warriors started to take control of the match late in the second quarter, unfurling a 14-4 scoring blitz – capped by Cyrus Baguio’s foul shots – to turn a slim six-point lead to a 55-39 cushion with 42 seconds on the clock.

NLEX would lead by as high as 29, 84-55, after Paniamogan’s bucket with less than three minutes left in the third.

“We’ve been hitting our stride lately. We have been playing good defense. Effort was there. It’s been creating a lot of offensive opportunities. ‘Pag maganda depensa namin, sumasama yung opensa,” lauded Guiao.

Allein Maliksi led Blackwater with 20 points and seven rebounds. Mike Di Gregorio had 17 points and three rebounds, while rookie Abu Tratter finished with a double-double of 16 markers and 12 caroms.

NLEX will face the Barangay Ginebra San Miguel on Saturday, March 23, at the AUF Sports Arena in Pampanga. Meanwhile, Blackwater will aim to end their run on a high note versus the Magnolia Hotshots on Friday, March 22, in Antipolo City.