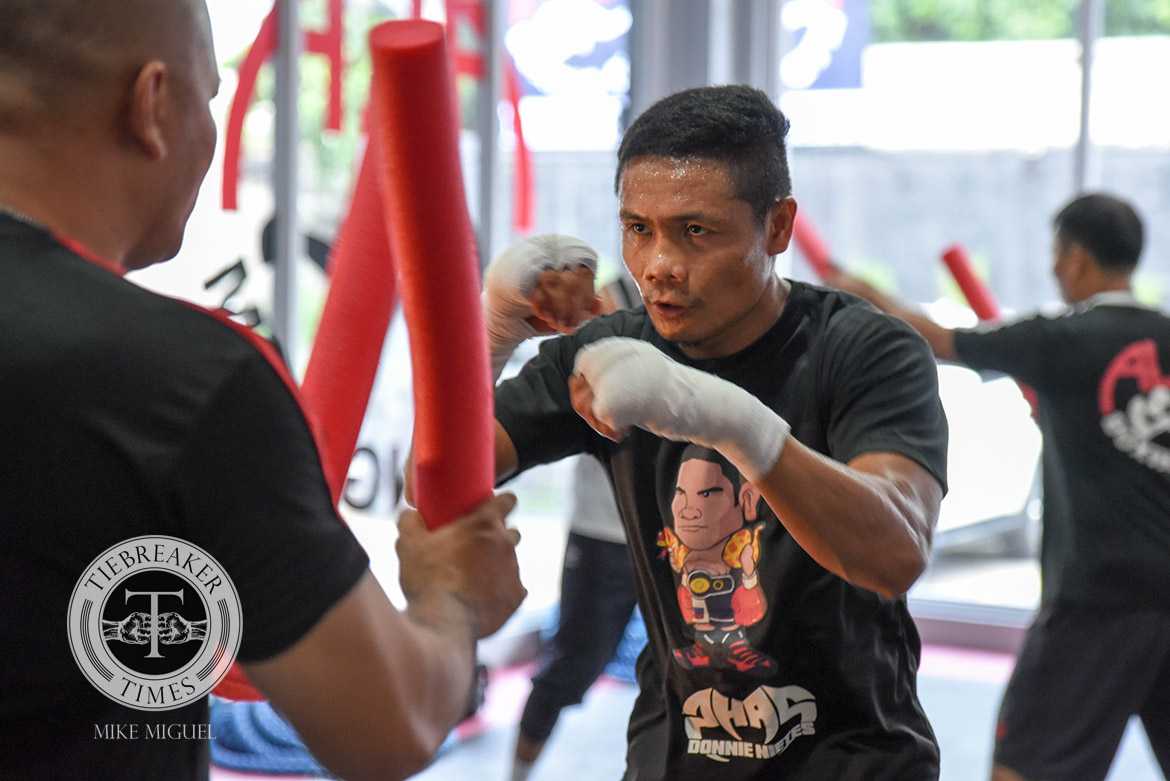 Former WBO world light flyweight titlist Donnie “Ahas” Nietes (38-1-4, 22KO) will be stepping into the ring as a contender in the flyweight division when he takes on Edgar Sosa this Saturday (Sunday, Manila time) in Carson City, California.

The Nietes-Sosa bout will be for the vacant WBO Intercontinental Flyweight Championship.

Following a record-setting run in the 108-pound category that lasted for more than five years, Nietes will move up to the flyweight category for the first time in his career.

And according to the longest-reigning Filipino world champion, he is more than thankful that he has finally gotten the go-signal, since elevating himself to a new weight class has been on his mind for a long time.

Nietes, 34, who also had success at the minimumweight class, said that he has still maintained the same approach to his training, but more intensely this time around to be able to compete with the best in his new division.

During the camp that ALA Boxing had started three months ago, the Bacolod-born pugilist had focused on improving his speed and power for his first test in the 112-pound category against the Mexican.

The Mexican Sosa, on the other hand, has also held the same title prior to moving up to flyweight. The 61-fight veteran has also fought thrice for the title in his current weight class but has failed to win it any of the matches.

Sosa’s most recent setback for the flyweight belt was against current WBC World Flyweight champion Roman “Chocolatito” Gonzalez in May of last year. But heading into the match against Nietes, Sosa is coming off a victory over Orlando Guerrero in February of this year.

Despite his opponent’s losses in all three title fights, Nietes understands that fighting someone of Sosa’s calibre should never be taken lightly, which is why he has prepared for whatever may lie ahead once they step inside the ring.

When asked what his advantage would be facing Sosa, who owns a 52-9 record in his 12-year career, Nietes quipped that he will just let the him and the bout do all the talking.