The decade saw numerous local athletes prove that the Filipino are world-beaters, kingslayers, and grandmasters.

Though an Olympic gold has still eluded the Philippines during the 2010s, the country saw numerous world champions and even one super athlete come close to winning gold in Rio.

Here are the top athletes of the decade.

This decade saw one man break a 40-year-old record held by an all-time great.

Back in 2014, Donnie “Ahas” Nietes — then the WBO and The Ring Light Flyweight Champion — surpassed Gabriel “Flash” Elorde as the longest-reigning Filipino world champion in history.

But after years of domination in that division, the proud son of Negros Occidental had to relinquish his belt in 2016 to move up in weight. He would then win two more world titles, joining Manny Pacquiao and Nonito Donaire as part of a prestigious club — world titles in more than four weight classes.

Definitely, the 2010s was the decade of the snake. 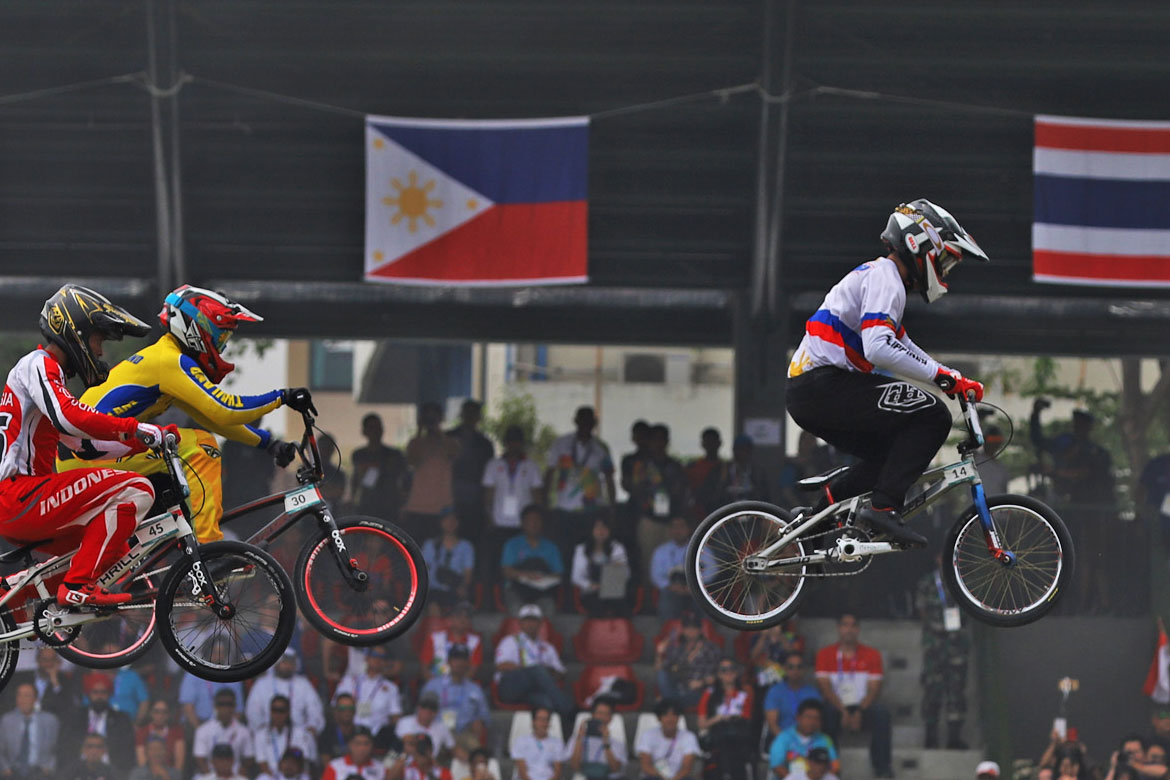 The 2014 Asian Games was a disaster for the Philippines by all accounts. Still, there was one shining moment for the country during the continental meet held in Incheon, South Korea.

With the event just three days away from closing, Daniel Caluag provided the Philippines with its sole gold, taking down the Men’s BMX event.

Caluag was so dominant that he won all three runs while entering the race as the top seed.

Prior to this, he competed in the 2012 Olympic Games in London.

The 2010s was long and hard for EJ Obiena, but it ended up being all worth it.

After a stellar career in University of Santo Tomas, a wide-eyed Obiena was ready for the national team.

The 6-foot-2 pole vaulter finished second in the 2015 SEA Games, and was bound to win gold in the 2017 edition of the regional meet. However, disaster struck days before the tournament when he tore his ACL.

Still, it was just a minor setback for a major comeback.

Fast forward to 2019, the second generation trackster blitzed the competition in the 2019 Summer Universiade with a leap of 5.76-meters — a national record. His performance also punched his ticket to the 2020 Olympics.

He would then reset the record with a 5.81m finish in a tournament in Chiara, Italy in September 3, 2019.

To cap his decade, Obiena torched the SEA Games record with a leap of 5.45m to win gold in the 2019 SEA Games.

And the best has yet to come for Obiena.

If there is one individual who undoubtedly became the face of Philippine football through its roller-coaster ride in the past decade, then that person is undoubtedly Phil Younghusband.

While the likes of goalkeeper Neil Etheridge, defender Juani Guirado, and midfielder Stephan Schrock suited up for the Azkals, expectations were always high for the former Chelsea Football Club player. It was as if the hopes of one country always rested on his shoulders before every match.

Joining the national team setup alongside his brother James, the 32-year-old enjoyed numerous highs with wearing the Azkals shirt such as being a member of the fabled Miracle of Hanoi squad that in the 2010 AFF Suzuki Cup; as well as scoring six goals and earning the Golden Boot gong in the Philippines’ bronze medal finish in the 2012 AFC Challenge Cup.

As a member of the Azkals, the Filipino-English star scored 52 goals in 108 caps for the country. His 50th international strike came on the evening of March 27, 2018, at the Rizal Memorial Stadium in Manila. Younghusband converted a penalty in a 2-1 victory over Tajikistan to send the Philippines to the 2019 AFC Asian Cup in the UAE — its first-ever entry in the continent’s biggest competition. It was a moment of redemption for Younghusband since he’d missed a big chance in the 2014 AFC Challenge Cup against Palestine, which would have sent the Philippines to Asia’s big dance sooner, as well as its first international title in this millennium.

In his final outing with the Azkals, Younghusband competed in the 2019 AFC Asian Cup in the UAE. It was a fitting culmination for a man who did his best to drag the country across the finish line in every game he played in. 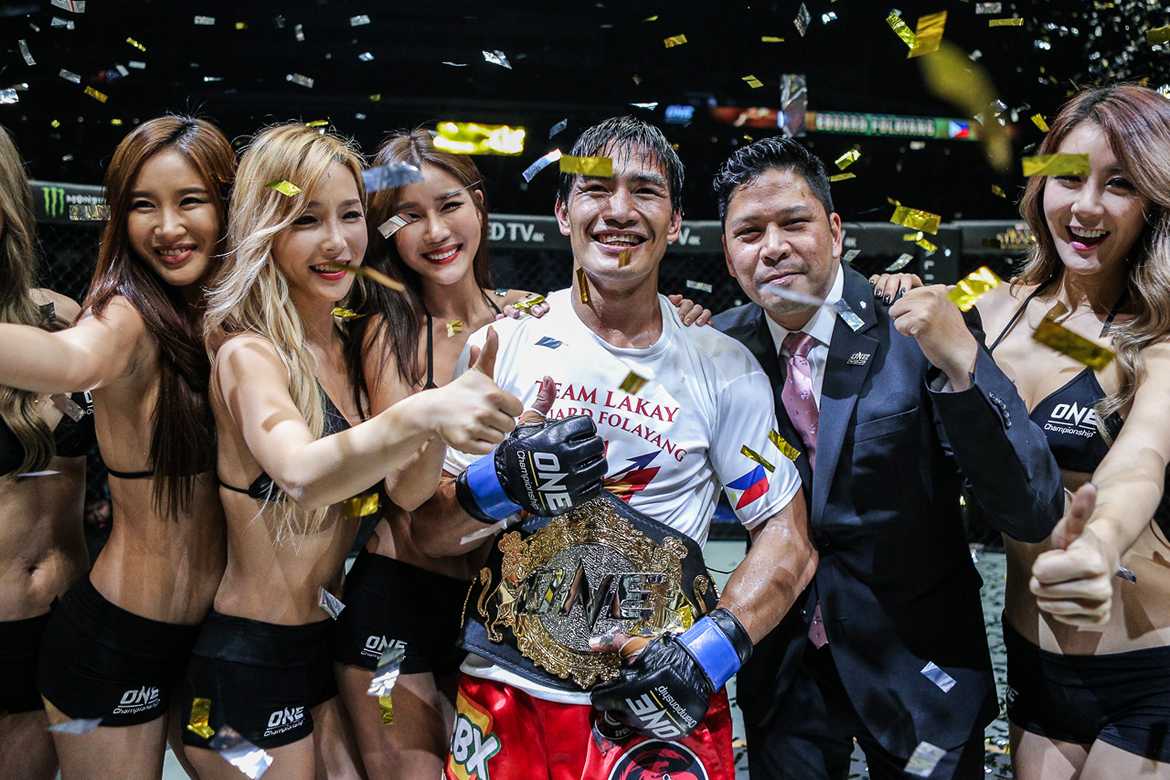 No one thought that Eduard Folayang would be a world champion. But don’t tell that to him and his teammates in Team Lakay.

Back in 2016, the proud son of Baguio City earned a shot at the ONE Lightweight World Championship. Standing in his way, however, was Shinya Aoki — a living Japanese legend who had only lost once in 16 outings prior to the match.

In the biggest bout of his life, Folayang did not falter, eventually stopping Aoki in the third round to win the world title.

#ReadMore  The long journey was worth it for Eduard Folayang

It was the watershed moment for Philippine MMA, since three more of his teammates won gold to close out the year.

More importantly, it inspired the next generation of martial artists, proving that nothing is impossible. 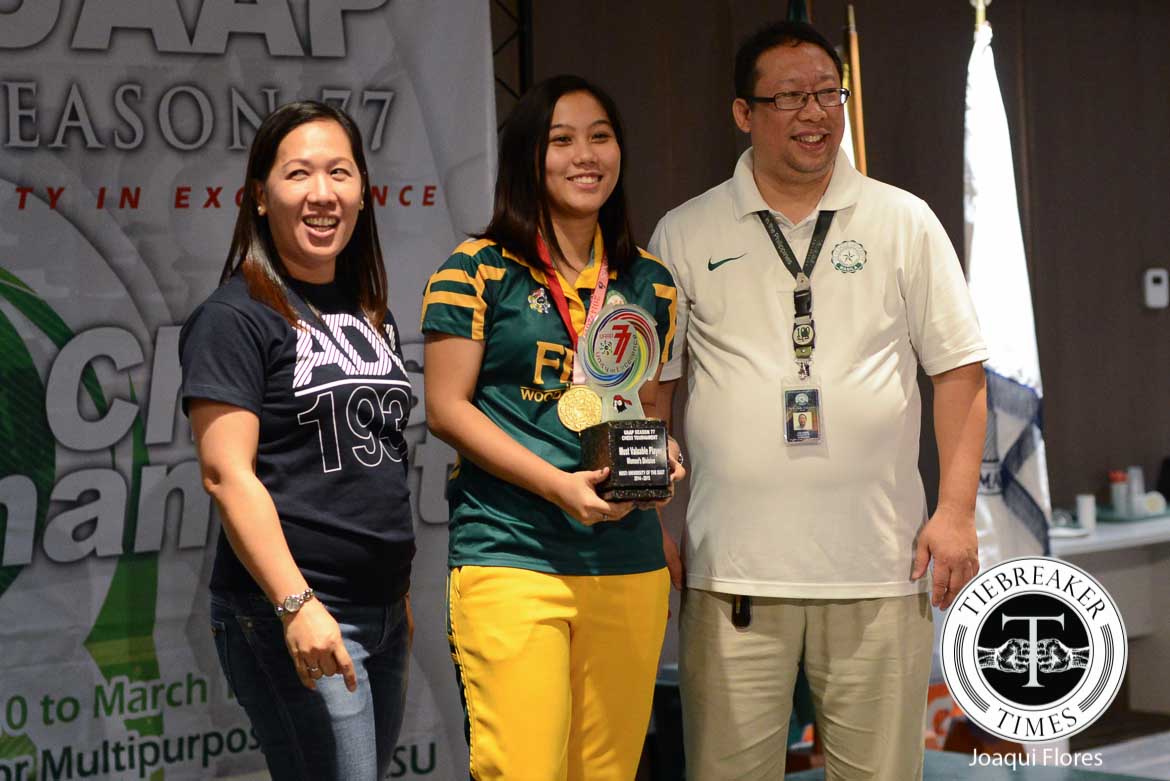 Janelle Frayna had a legendary career in Far Eastern University. But what came after her life as a Lady Tamaraws was simply epic.

Back in September 12, 2016, Frayna became the first-ever Filipina grandmaster.

She achieved the feat after she clinched the third and final WGM result, with a 33-move draw against International Master Daavademberel Nomin-Erdene in a stinging 1.5-2.5 decision to 15th-seed Mongolia after the ninth round of the 42nd World Chess Olympiad in Baku, Azerbaijan

And at just 22 years young, the whiz from Legazpi, Albay will carry the sport on her young shoulders to the next decade.

Gymnastics is a sport built for Filipinos. Still, it took 116 years before the country could produce a world champion.

Young Caloy Yulo had already been making waves in gymnastics as early as 2018, having won bronze in the floor exercise of the 2018 Artistic Gymnastics World Championships.

A year later, the 4-foot-11 Manila native was ready for the spotlight.

Yulo claimed gold in the 2019 edition of the tournament, topping the floor exercise. Moreover, he advanced to the final round of the all-around event to punch his ticket to the 2020 Tokyo Olympics.

To cap 2019, Yulo literally filled the Rizal Memorial Stadium to the rafters during the 2019 Southeast Asian Games. He ended up with two golds and five silvers, much to the delight of the hometown fans.

Philippine gymnastics is finally here thanks to Yulo. 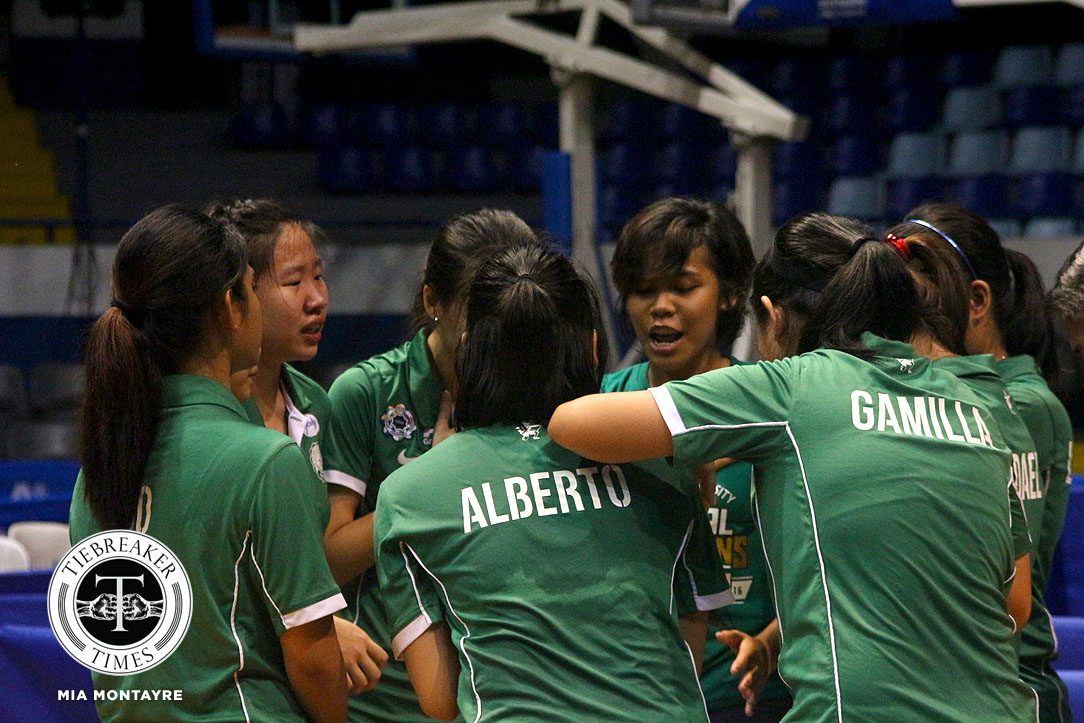 Every once in a while, a sport finds itself a player so gifted that they are capable of bringing it to new heights and breathing new life into it.

For table tennis in the Philippines, that athlete was Ian Nietes Lariba, who tragically passed away last September 2, 2018, at the age of just 24, after a bout with leukemia.

Before she succumbed to illness, however, the Cagayan de Oro-native was a bona fide superstar for De La Salle University in the UAAP. Lariba never lost a match in her five playing years.

The La Salle alumna’s biggest moment, though, came in April 17, 2016. She emerged victorious at the expense of Indonesia’s Lilis Indriani in the ITTF-Asian Olympic Qualification Tournament to qualify for the 2016 Summer Olympics in Brazil. Her achievement sent shockwaves throughout the country, as she was the first Filipino table tennis player to achieve entry in the Olympics.

#ReadMore  How is Team Lakay coping with ECQ?

Because of her feat, the three-time UAAP gold medalist was named as the flag bearer of the country’s delegation in the opening ceremonies of the Olympics. She then tasted defeat to Congo’s Han Xing in the preliminary round of the tourney, which ended her campaign on the big stage.

Lariba was all set to compete in the 2017 World Table Tennis Championships, but life threw a curveball at her — a leukemia diagnosis.

Ultimately, the deadly disease prevailed over her, but it can never erase her enduring legacy to Philippine sports. 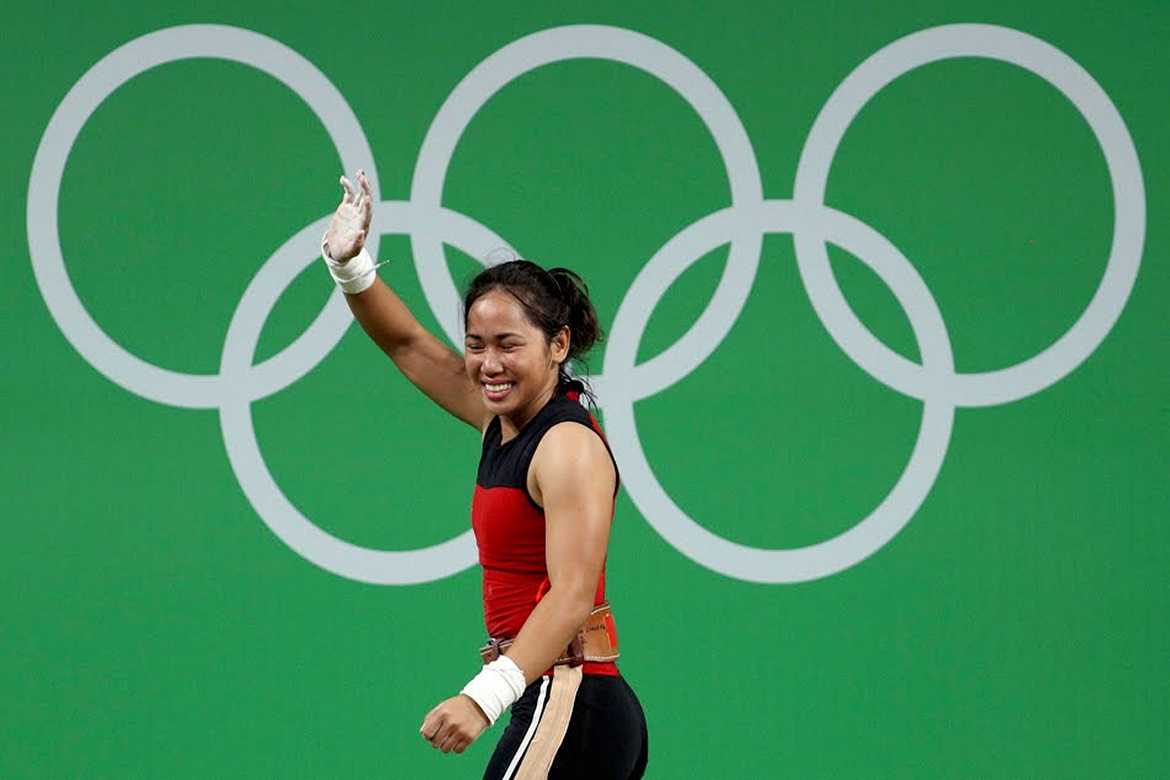 Already a two-time Olympian entering the Rio Olympics, Hidilyn Diaz had lofty expectations on her shoulders in 2016. What she did, though, was literally beyond the call of duty.

Diaz, who was just 25 years old then, carried the country to its first Olympic medal in 20 years — finishing second in the women’s 53kg weightlifting category.

Then came a heater of a run for the young native of Zamboanga City.

Diaz easily took down the 2018 Asian Games to give the country its first gold in the meet. Then in the Southeast Asian Games a year later, she won her first-ever gold in the regional meet.

Now, to open the decade, Diaz is looking at qualifying and eventually ruling the big dance — the Olympics. 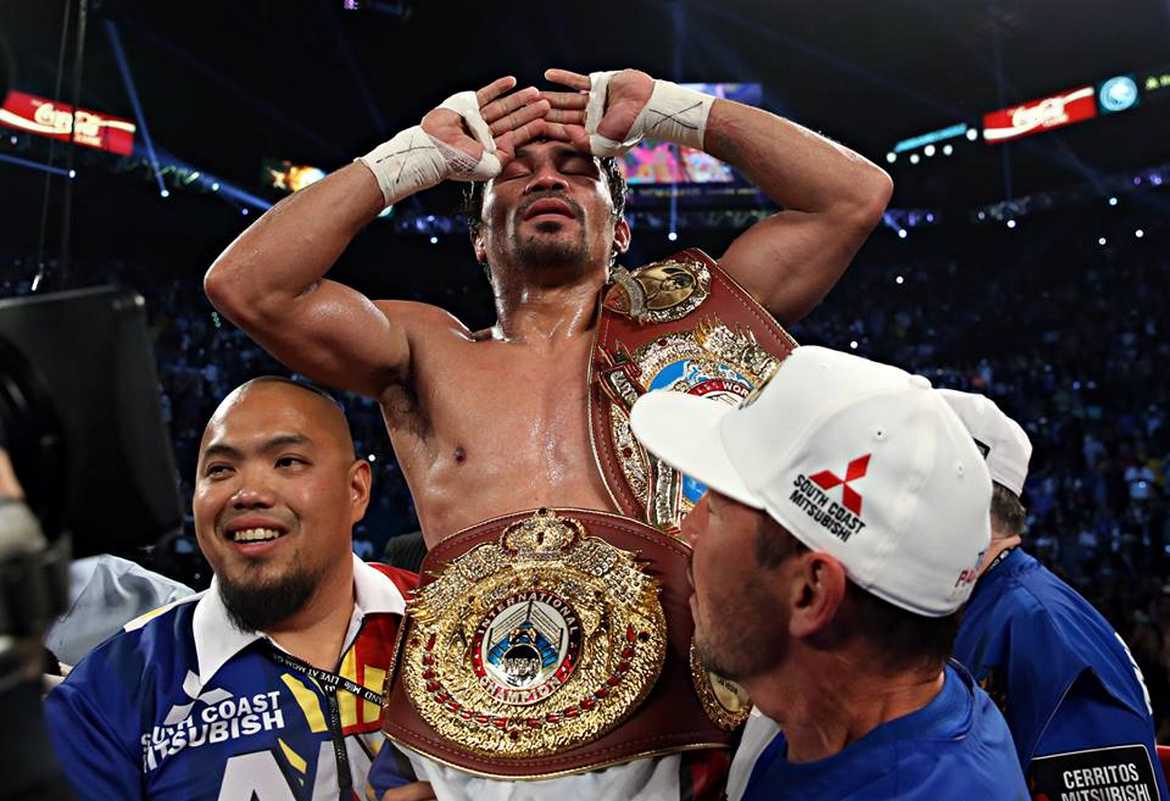 Manny Pacquiao is undeniably the country’s athlete of the decade. And why not?

During the decade, he became the first-ever eight-division world champion in the rich history of boxing.

Then in May 2, 2015, he and Floyd Mayweather figured in the richest fight the sport has ever seen, in a bout aptly called the “Fight of the Century”.

Besides this, Pacquiao also formed the Maharlika Pilipinas Basketball League, a national basketball league that is trying to recreate the magic of the defunct MBA.

With this, not only is Pacquiao the athlete of the decade, but should also be in consideration for the sportsman of the decade. 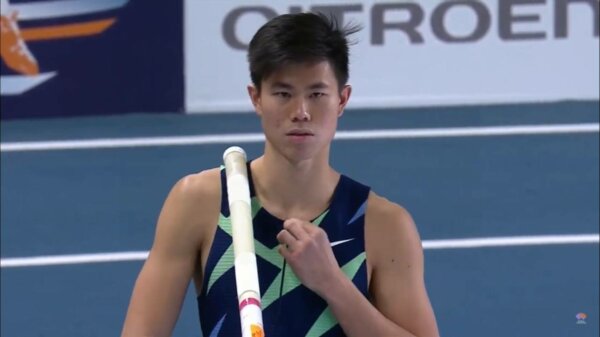