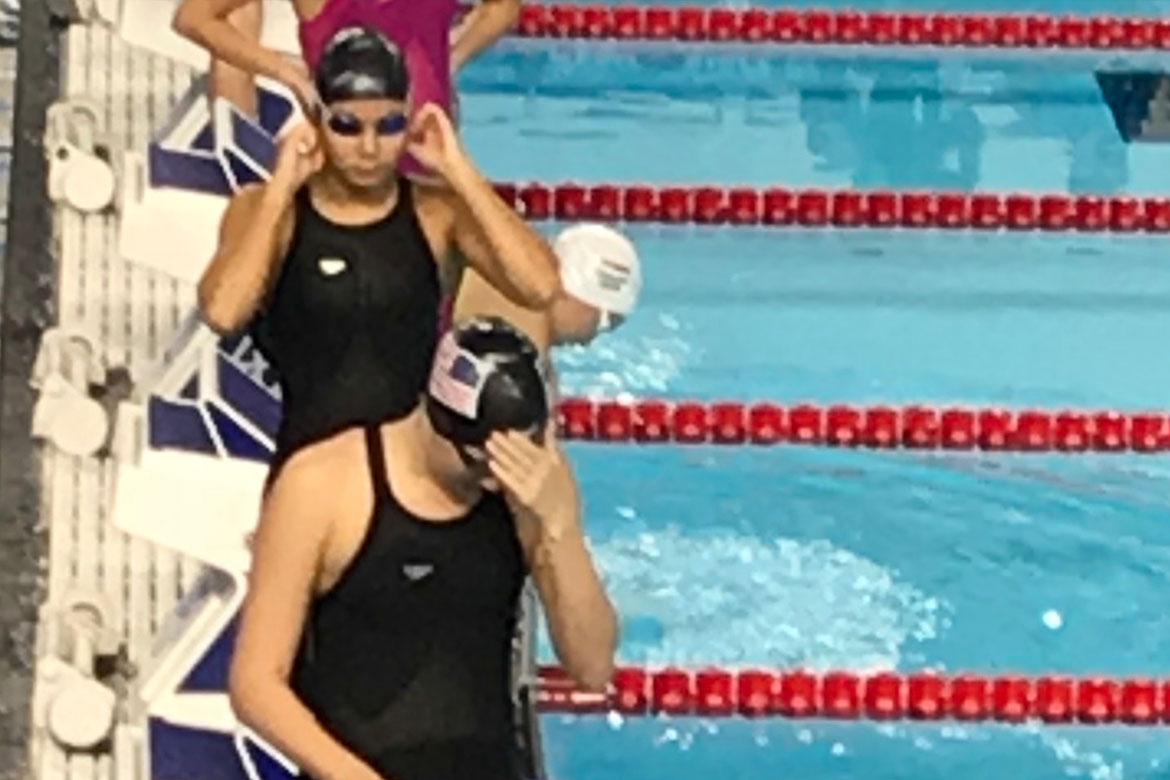 Nicole Oliva made the country proud by qualifying in the 400-meter freestyle event against the world’s best junior swimmers in the 2018 Youth Olympics at the Olympic Park in Buenos Aires, Argentina.

The 16-year-old didn’t land a medal, but her sixth-place finish and clocking of 4:16.61 seconds were enough to provide hope that the national swimming team can cling on in future meets.

“We have somebody special here after she swam faster in all her races,” said Philippine Swimming Inc. president Lani Velasco. “We didn’t expect this. Nicole is the first Filipina to qualify in four QTAs (qualifying time A).”

Oliva also qualified in the finals of the 200m freestyle and swam in the heats of the 100m and 800m free.

After a promising stint in these Games wherein the trip of the Filipino athletes were bankrolled by the Philippine Sports Commission, Oliva will compete in the Olympic trials in the United States in February of next year.

She will also participate in the SEA Age Group Championships in Cambodia in July and the SEA Games hosting of the country later in the year.

Ajna Kesely of Hungary pocketed the gold medal in the 400m freestyle (4:07.14), while Delfina Pignatiello of Argentina (4:10.40) and Marlene Kahler of Austria (4:12.48) placed second and third, respectively.

Oliva’s father Mark recounted that Nicole learned to swim when a lifeguard in Cebu City saw bright potential in her and taught Nicole to swim for a decade every time their family was in the Philippines.

“Our next big goal is to qualify Nicole in the (2020) Olympics. I think we can expect much more from Nicole in the Olympics,” said Velasco.

Meanwhile, archer Nicole Tagle has forged a partnership with Hendrik Oun of Estonia in the mixed international event Saturday at the Technopolis.

In kiteboarding, Filipno-Norwegian Christian Tio placed a strong third in two of his last three races, while golfers Yuka Saso and Carl Janno Corpus will start their stint in the mixed international event at the Hurlingham Club.

Baser Amer continues to believe that Meralco can turn things around