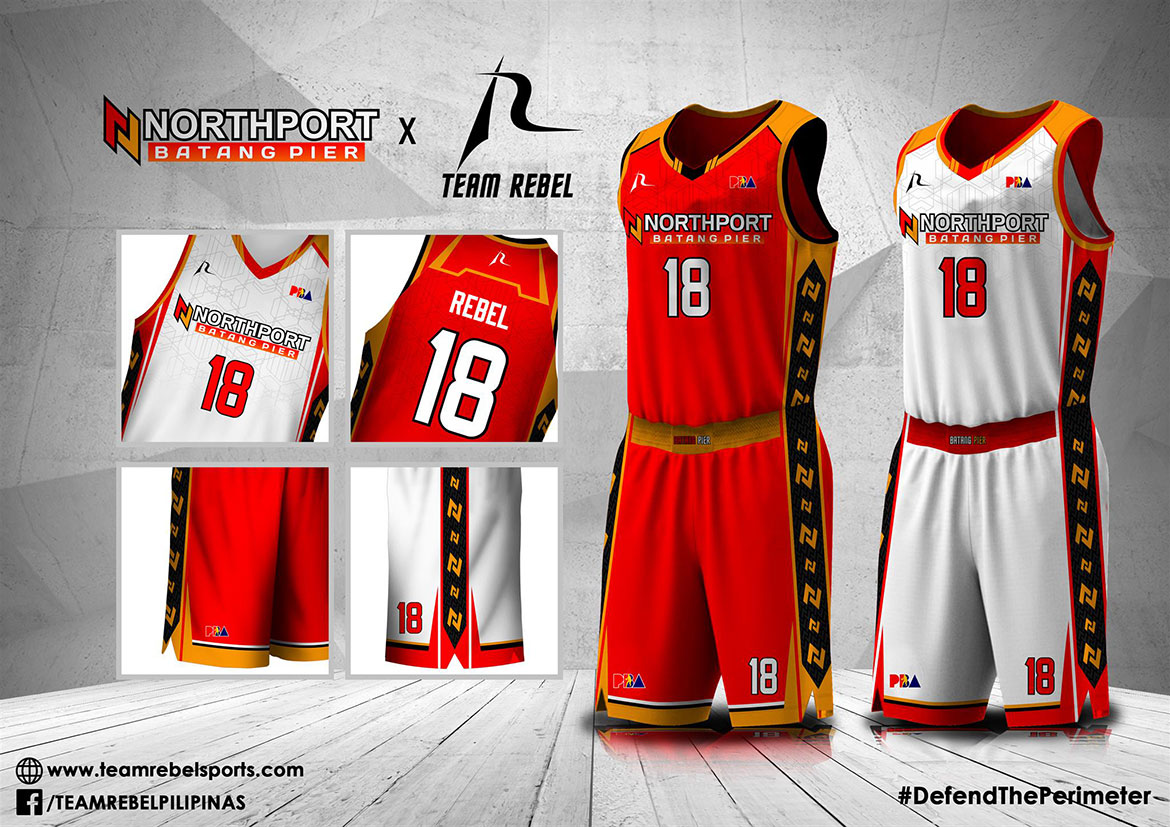 The new era for the Batang Pier is set to begin.

Last April 4, Globalport traded away the then-face of their franchise Terrence Romeo.

To usher in the franchise’s new phase in their six-year stay in the PBA, the Mikee Romero-owned franchise decided to switch things up.

Gone are the neon green and white colors. In their 18th conference in the PBA, the Batang Pier will now be backed by Northport – still a company owned by Sultan 900 Capital, Inc.

And they changed their colors as well to red, orange, and white.

With this, Team Rebel Pilipinas designed intricate new kits for the team that highlight the company’s logo.

Out with the old, in with the new.

Northport will open their Governors’ Cup campaign on Sunday, August 19, against the NLEX Road Warriors. The Batang Pier have tapped Rashad Woods as their reinforcement.