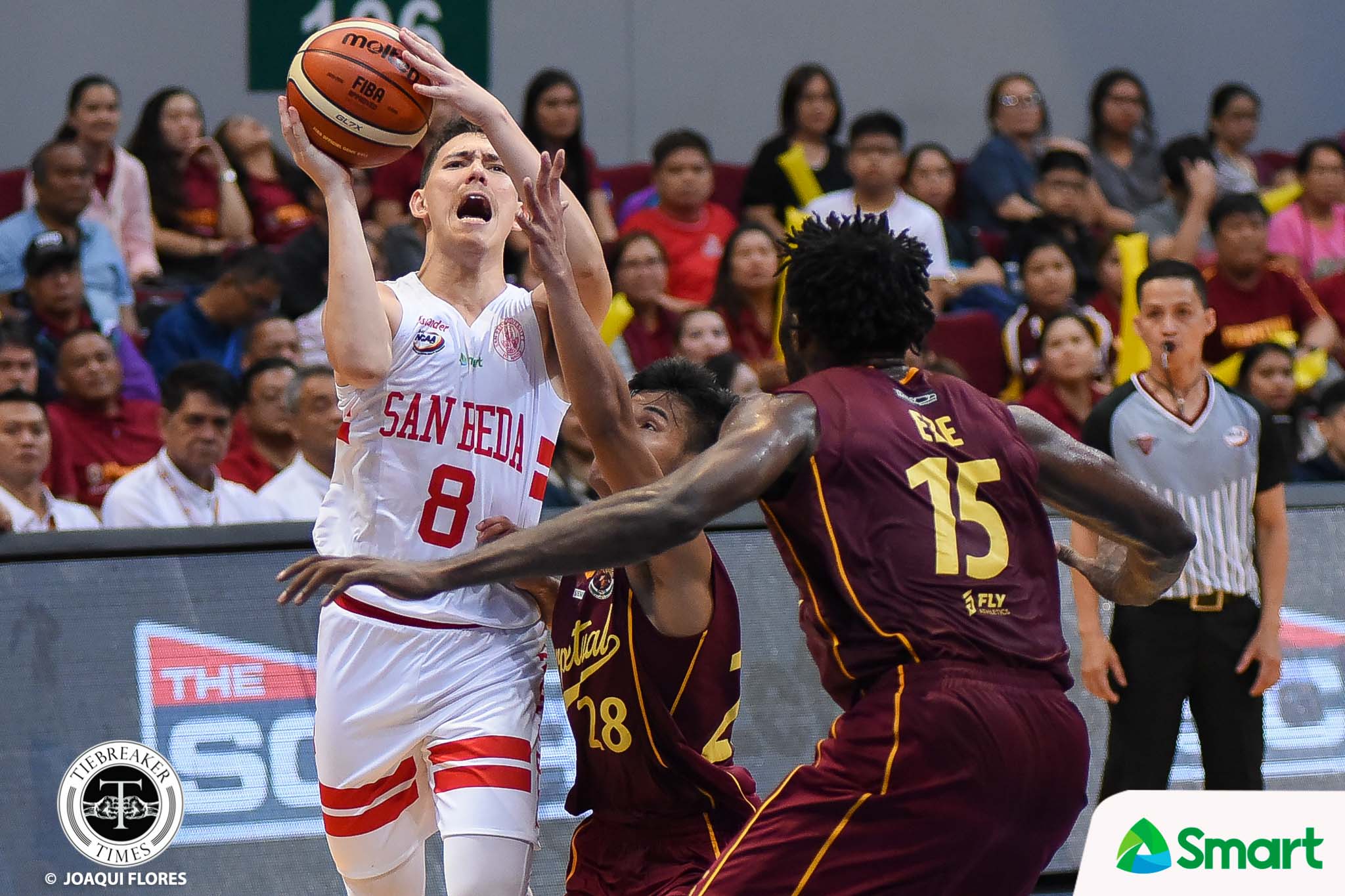 A crowd of 19,204 trooped to the the state-of-the-art arena, most of whom were students and alumni from the Las Piñas-based institution.

With this, the Altas played inspired basketball, and were able to keep pace with the defending NCAA seniors basketball champions for the majority of the game. But emotions got the best of Perpetual big man Prince Eze, which changed the complexion of the game.

The Red Lions were clinging to a one-point lead, 58-57, courtesy off a Toba Eugene triple. Robert Bolick went for a drive against Eze that resulted in a foul. Frustrated with the call, the Nigerian student-athlete tried to argue with the game officials, who then assessed him with a technical foul. They awarded Bolick four free throws; he made three, to give San Beda a four-point edge.

“To the boys, they never gave up even though it was a really close game,” Fernadez asserted.

Struggling with his shooting, the reigning UAAP/NCAA Press Corps Player of the Year still managed to put up 15 markers, but shot just 3-for-14 from the field.

Though Eze amended for his lapse with back-to-back baskets, Javee Mocon answered back on the other end.

A Bolick dish to Donald Tankoua underneath with 54 ticks left gave San Beda a four-point cushion.

Mocon added 14 points and 10 rebounds, while Tankoua also tallied a double-double with 12 points and 12 rebounds.

With 14.8 seconds left, Tankoua was slapped with his fifth foul, giving two free throws for Eze, who sliced the lead to just two points. Joe Presbitero muffed both of his free throws on the other end to give Perpetual a chance. However, the Altas’ fastbreak attempt was intercepted by Bolick to hold on.

Edgar Charcos, a transferee from the University of the East, paced Perpetual with 14 points and seven assists. Eze had 13 points and 11 rebounds.

San Beda will next face the Arellano Chiefs on Tuesday, July 10, while Perpertual take on the Saint Benilde Blazers earlier in the day. Both games will take place at the Filoil Flying V Arena in San Juan City.