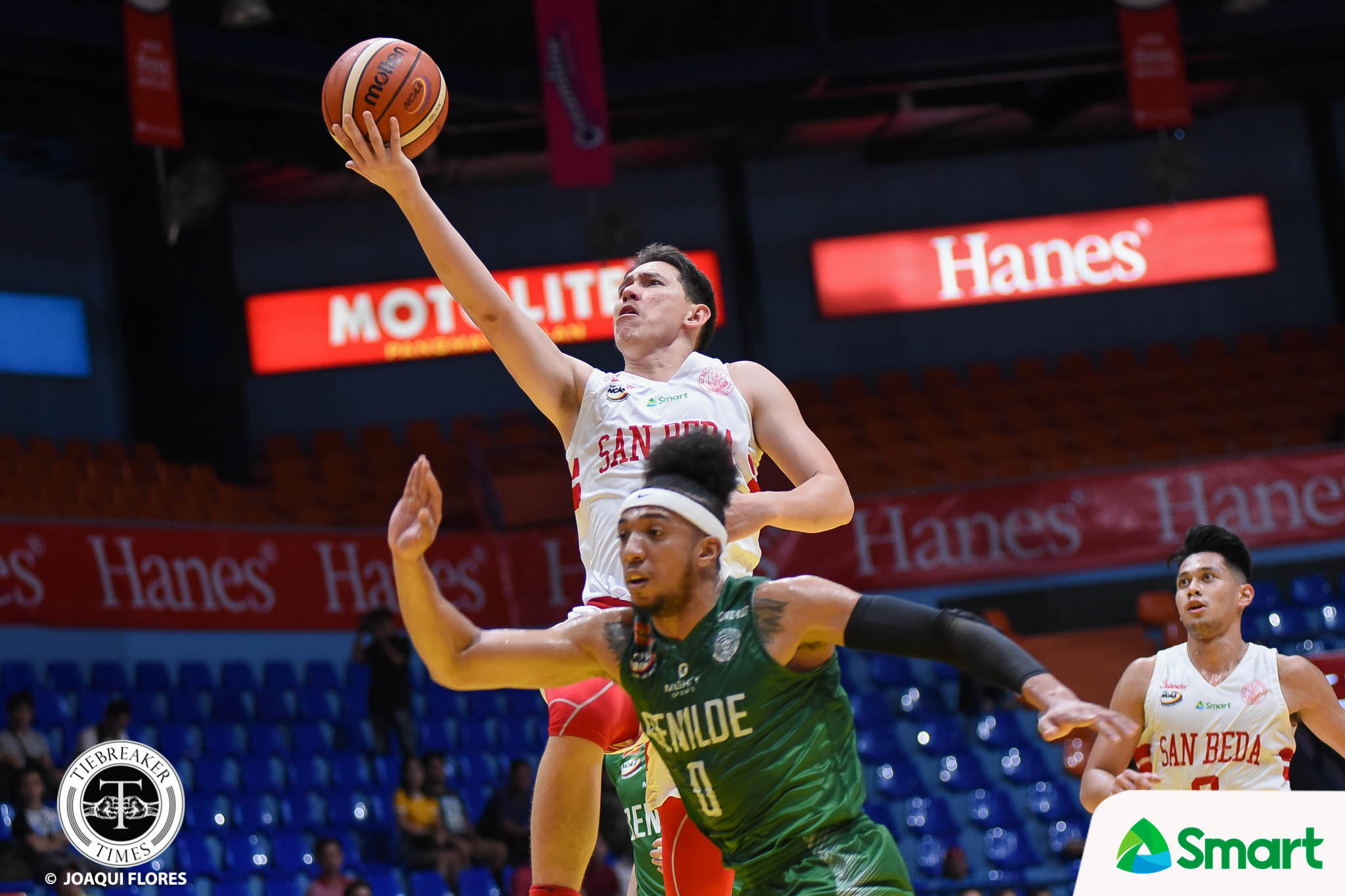 Going into the season, there was much hype on the Blazers, saying that they are ready for the next level. But the Red Lions showed what the next level is all about.

This is just San Beda’s second game in the NCAA Season 94 Seniors Basketball tournament as they last played 17 days ago. Still, Red Lions head coach Boyet Fernandez did not use this as an excuse for their sluggish start.

“Saint Benilde really played well today. Coach TY [Tang] really prepared for us,” he said. “Probably the rustiness we had for not playing two weeks showed in the first quarter but defense stepped up in the second up to the fourth.”

The Blazers were up by as much as 12 points in the opening frame behind the duo of Clement Leutcheu and Carlo Young.

But the Red Lions clawed back to knot things up at 52-all entering the final frame thanks to Robert Bolick.

“Robert Bolick is Robert Bolick. Robert saved us tonight and at least all the other guys stepped up their games,” beamed Fernandez.

After Saint Benilde scored the first bucket of the quarter, the Red Lions went on a 17-0 blitz with Bolick scoring the last eight points of the rally. By the end of the run, San Beda was up by 15 points.

But it was not just Bolick who stepped up as Damie Cuntapay locked Leutcheu down.

Bolick ended up with a career-high 25 points, knocking down four triples to go along with five dimes. His previous career-best was 24 points, notching the feat twice.

Javee Mocon added 14 points and 12 rebounds. Donald Tankoua was limited to just 17 minutes in the contest due to foul trouble.

Leutcheu had an excellent outing with 22 points and 11 rebounds while Young added 15 markers.

After dishing out 10 dimes during their win against Mapua last Friday, rookie Justin Gutang only had two assists and went just 2-for-6 from the field.

San Beda will next face the EAC Generals on Tuesday, July 31 while Saint Benilde takes on the JRU Heavy Bombers on the same day.

Tab Baldwin on Ateneo Pilipinas’ Jones Cup campaign: ‘I think we surprised a lot of people’

Rain or Shine core good to go for Asian Games