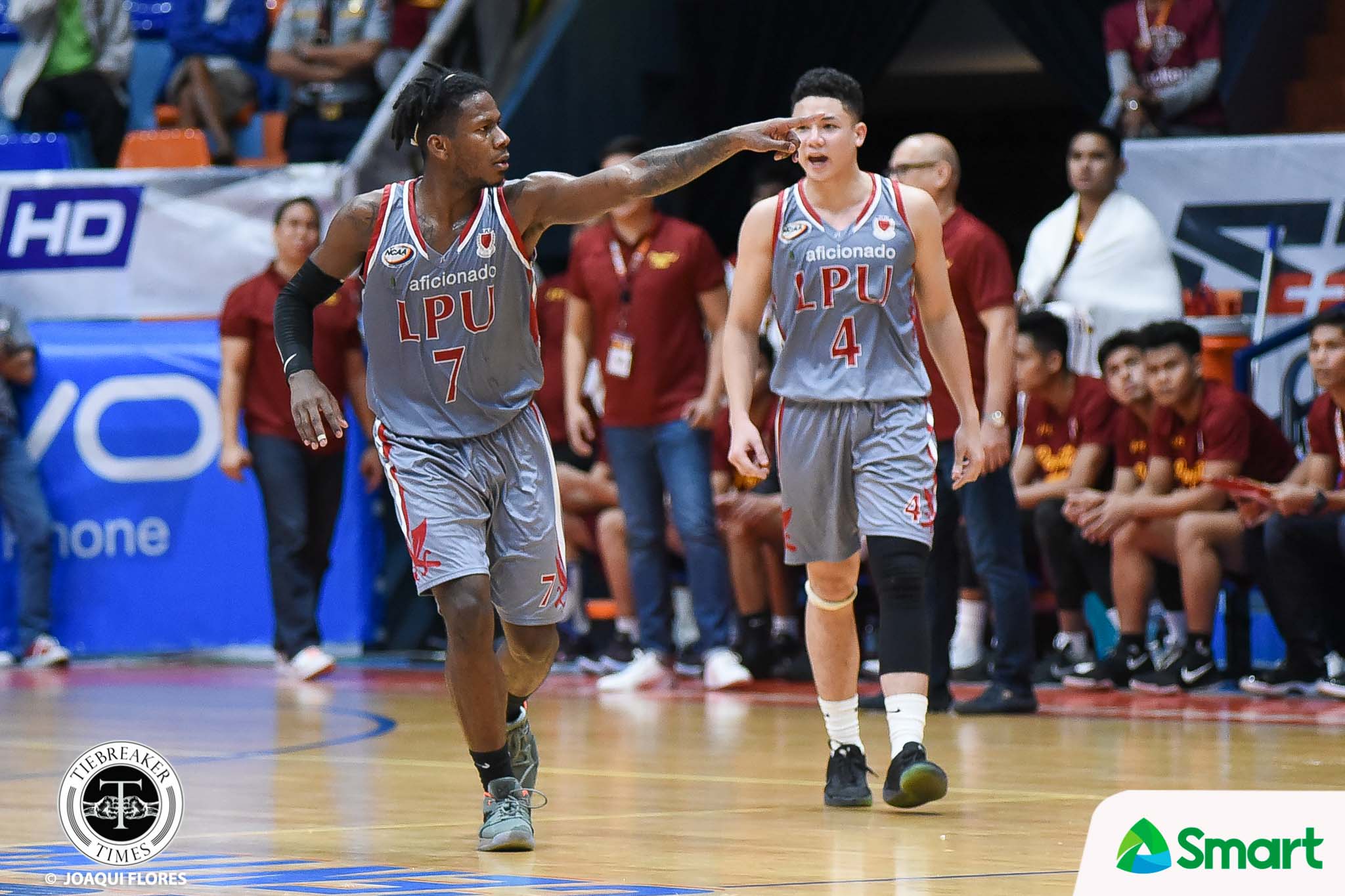 In basketball, the elite teams always have a next gear. Last season’s runners-up showed one of the rising squads in the league how it is.

Behind a huge end game surge, the Lyceum of the Philippines University Pirates turned a close game into a whipping, blasting the University of Perpetual Help DALTA Altas, 91-77, Friday evening at the Filoil Flying V Centre.

This is Lyceum’s sixth straight win of the season – their 24th straight overall in the elimination round of the NCAA Seniors Basketball tournament.

“More than the sixth win, it’s really more of how the guys really committed to playing our best potential,” said head coach Topex Robinson. “The challenge was there. We know that Perpetual was playing excellent basketball prior to this game.”

CJ Perez scintillated in the first half, scoring 19 of his 26 points during the first 20 minutes of the game to give Lyceum a 10-point lead heading into the second half. The Pirates’ lead would balloon to as high as 17 points in the third canto.

But the scrappy Altas clawed right back.

Edgar Charcos, who battled foul trouble and Lyceum’s press all game long, rallied Perpetual back. A triple by Jelo Razon early in the final frame sliced Lyceum’s lead to just three, 68-65, with nine minutes left in the game.

Lyceum answered right back with a huge 14-6 surge with Jaycee Marcelino leading the way to keep the Altas at bay.

Marcelino added 20 points on an excellent 8-for-11 shooting. Mike Nzeusseu, who is down with the flu, had just four points but grabbed 11 rebounds.

READ  Isaac Go knew Ateneo would field a team in PCCL, just not how many

“No guarantee of a championship but what is important is how we inspire others,” added Robinson.

Prince Eze towed the Altas with 20 points and 18 rebounds while rookie Jelo Razon chipped in 19 markers.

Charcos, the league’s leading scorer, was held down to just 6-for-14 for 16 points while committing seven errors.

Lyceum will begin their killer stretch on Tuesday, August 7 when they face the CSB Blazers. Perpetual, on the other hand, look to bounce back when they host the San Sebastian Golden Stags on Thursday, August 9.

Ariel Sison gave himself an ultimatum: ‘If I won’t win today, I will resign’

BAVI posts 63-percent increase in operating income for first half