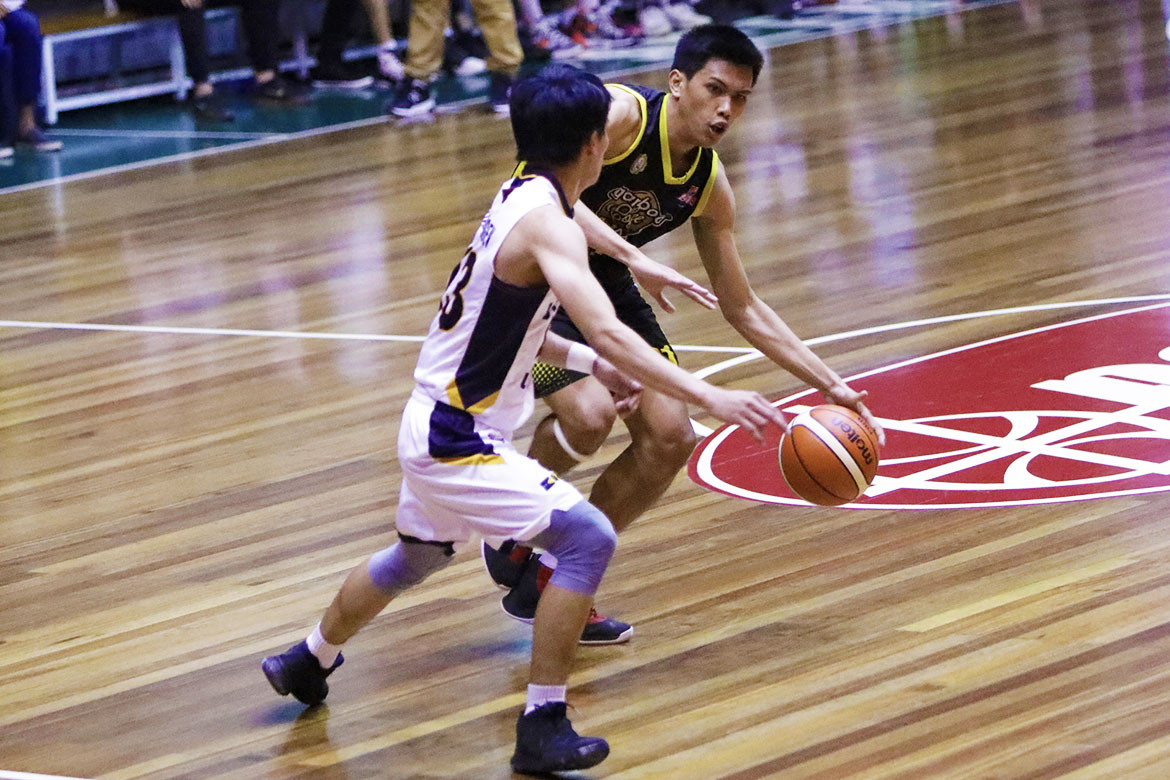 The Gamboa-St. Clare Coffee Lovers pulled the rug under the University of Perpetual Help System DALTA Altas to escape with a 78-73 victory, Monday afternoon at the JCSGO Gym.

Aris Dionisio scattered 21 points, 11 of which coming in the fourth quarter fightback from the Coffee Lovers as they chipped away the Altas’ 12-point lead, 61-49, early in the payoff period.

He also got eight rebounds, six blocks, and four steals in the all-around performance for Gamboa-St. Clare.

Dionisio commandeered the telling 17-4 blast to grab the 66-65 lead in the final 4:54 before the rest of his teammates followed suit to steer the Coffee Lovers to their third win in four games.

Mohammed Pare also recorded a double-double with his 16 markers and 10 boards, Trevis Jackson had 11 points, five rebounds, and three assists, and Chris Bitoon got 10 markers, five boards, and six dimes.

Gamboa-St. Clare rose to sixth place with its 3-2 card, while Perpetual fell to ninth at 2-3.

Rey Anthony Peralta unloaded 17 points and four rebounds for the Altas, while John Rey Villanueva had 13 markers and three boards in the defeat. 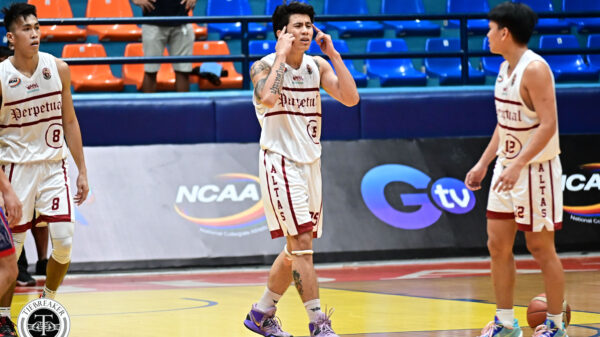 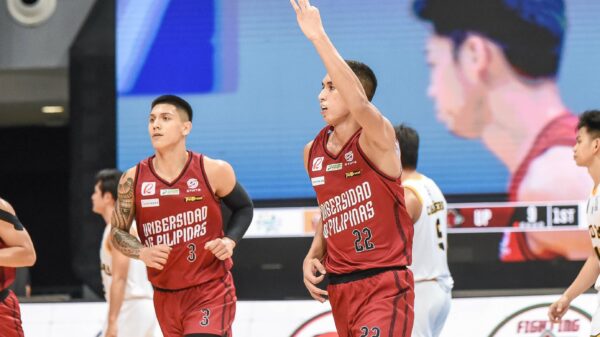