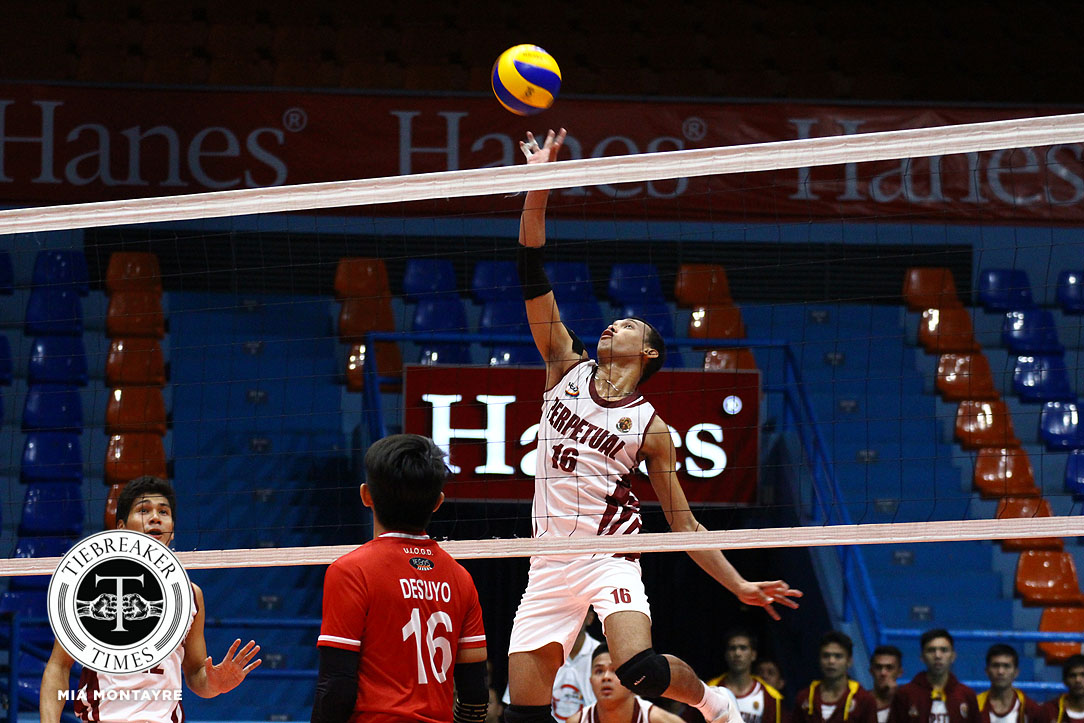 However, despite that first set they lost the whole season, the Altas kept their unblemished record intact, upending the Cards, 23-25, 32-30, 25-19, 25-20, Tuesday afternoon at the FilOil Flying V Centre.

Four spikers finished in double digits for the Altas, with rookie Joebert Almodiel picking up 18 points. Ronnie Rosales registered 15 markers, three of them blocks, while Jun Taneo and Ridzuan Muhali both had 11.

Mapua capitalized on Perpetual’s miscues on attack and on serve to pocket the first frame, before almost duplicating the same in the second set.

Nonetheless, the Altas turned to their net defense to pull off the 2-1 advantage. The Season 91 champions tallied nine blocks at the end of the contest.

His words pierced through the minds of the Perpetual squad, and from there they simply executed what had to be done.

The Altas (7-0) will try to follow up on this character-building win as they face the winless but dangerous Colegio de San Juan de Letran (0-7) on Friday. The Cardinals (5-3) will face the College of Saint Benilde (5-2) in a must-win match on Thursday.