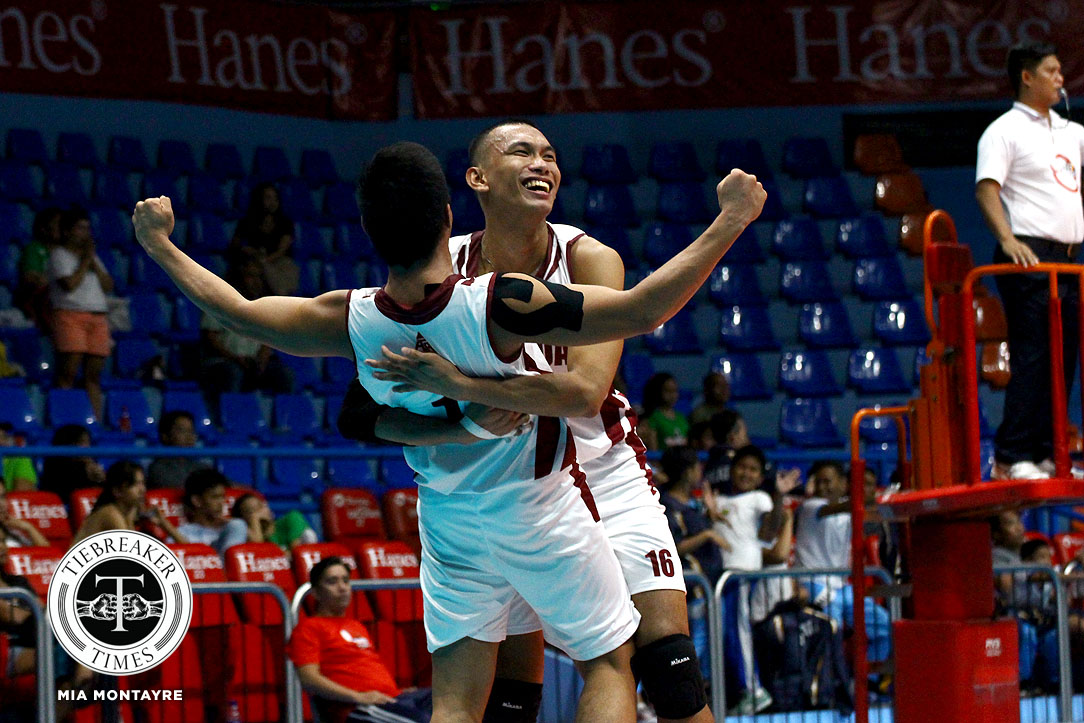 Three years — that is how long it’s been since the University of Perpetual Help System DALTA men’s volleyball team made the last dance.

Both teams leaned on their strengths to pull off the sets they won. Perps scored much from their combination plays and serves, while Benilde’s middle hitters had a field day with their slide and minus-tempo attacks.

The Taft-based squad held on to an early advantage in the deciding set, but the Altas turned to their transition to ultimately seal the win and the sweep.

Those words and a breathing exercise helped the Altas immensely, as the character of the Las Piñas lads showed through.

Knowing well the calibre of their possible Finals opponents, Acaylar shared that, “Since kami ‘yung clean slate, pag-aaralan at ii-scout namin sila. And as will have tuneup games with UAAP teams.”