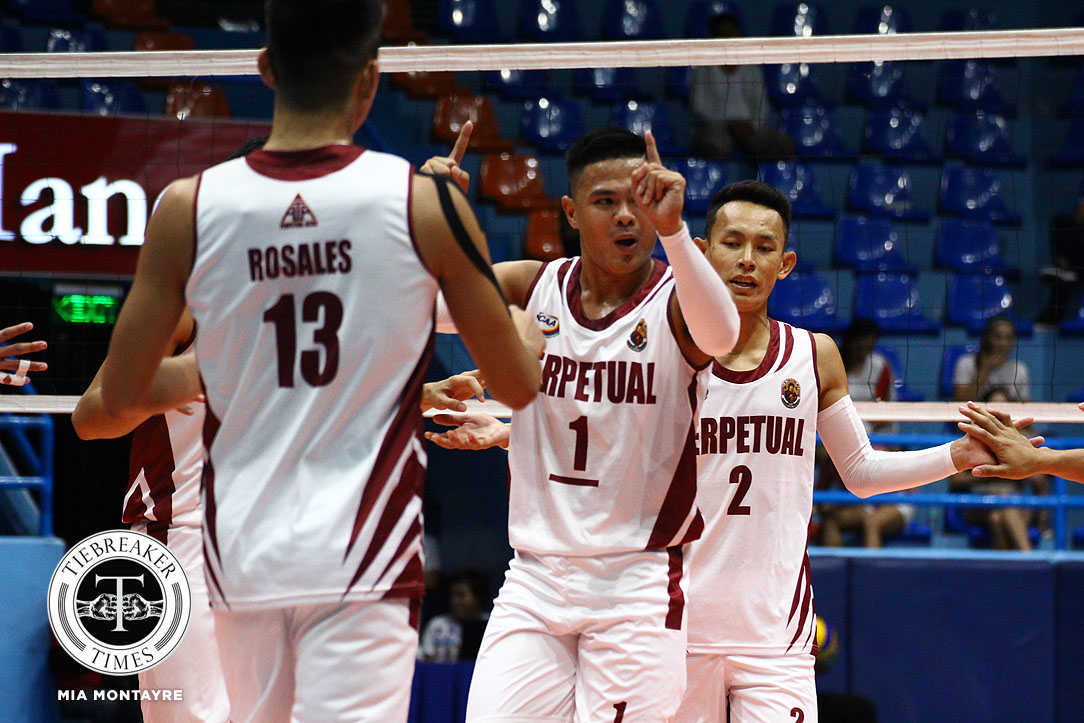 The University of Perpetual Help System DALTA Altas needed just three sets to put away the San Beda College Red Spikers, 25-12, 25-17, 25-23, and remain on top of the NCAA Season 93 standings at the FilOil Flying V Centre.

The Altas masterfully took care of the Red Spikers, leading in every category, most notably limiting their errors to just 16 while San Beda gave up 29.

Altas head coach Sammy Acaylar admitted he was also surprised how his team has been performing considering their relatively young lineup.

“Some of them are very young so hindi ko in-expect na they will be performing this well. Pinag-aralan talaga namin ‘yung kalaban. Sabi ko din sa team ko na let the other team na ma-intimidate sa atin kasi Perpetual tayo and we have that reputation sa volleyball,” said Acaylar.

Last year’s runners-up, the Altas (2-0) seek to keep their winning run going when they face the San Sebastian College Stags (1-1) on Monday.

Lefty opposite hitter Mark Enciso topped the Red Spikers with 13 points but was the only one on San Beda in double-digits.

The Red Spikers (1-1) try to bounce back on Monday when they face College of Saint Benilde (2-0).