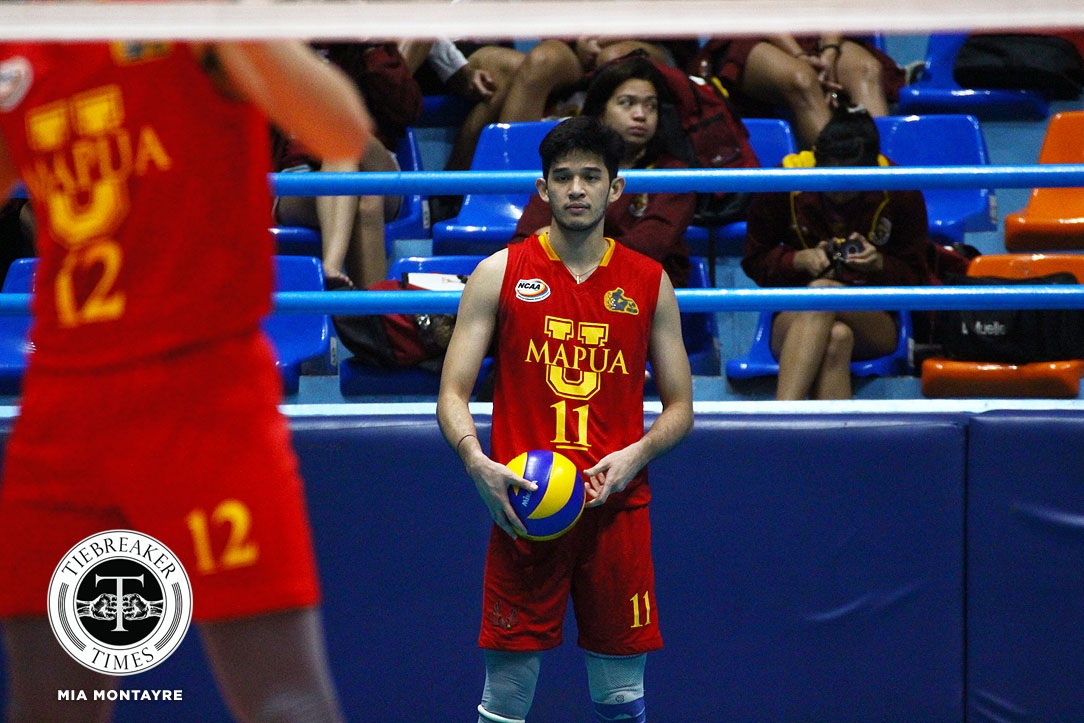 Despite the gritty fight from the Jose Rizal University Heavy Bombers, the semifinals-seeking Mapua University Cardinals subdued them, 25-21, 25-21, 22-25, 25-20, Sunday afternoon at the FilOil Flying V Centre.

Mapua had to fend off JRU in the first two sets, as the latter imploded at the end part of the said frames. Better execution in the third set gave the Bombers some lease of life; nonetheless, the Cards turned up in that fourth.

Setter Raven Evangelista went to his percentage attackers in Alfred Pagulong and Pertierra to build a comfortable lead in the last frame, before back-to-back points from the skipper sealed their fifth win.

Evangelista shared that they had planned to use this game against JRU to polish their skills for the next two games. It backfired, as the Cards succumbed to errors, especially on serve.

Nonetheless, Evangelista and the rest of the Cardinals are still optimistic. “Siguro makukuha namin din ‘yung polished any galaw sa plays even though iba ‘yung receive,” he said.

Mapua (5-2) will face the undefeated University of Perpetual Help System DALTA (6-0) on Tuesday, January 30. JRU (0-7) take on the Colegio de San Juan de Letran (0-6) in a battle of two also-rans the following day.