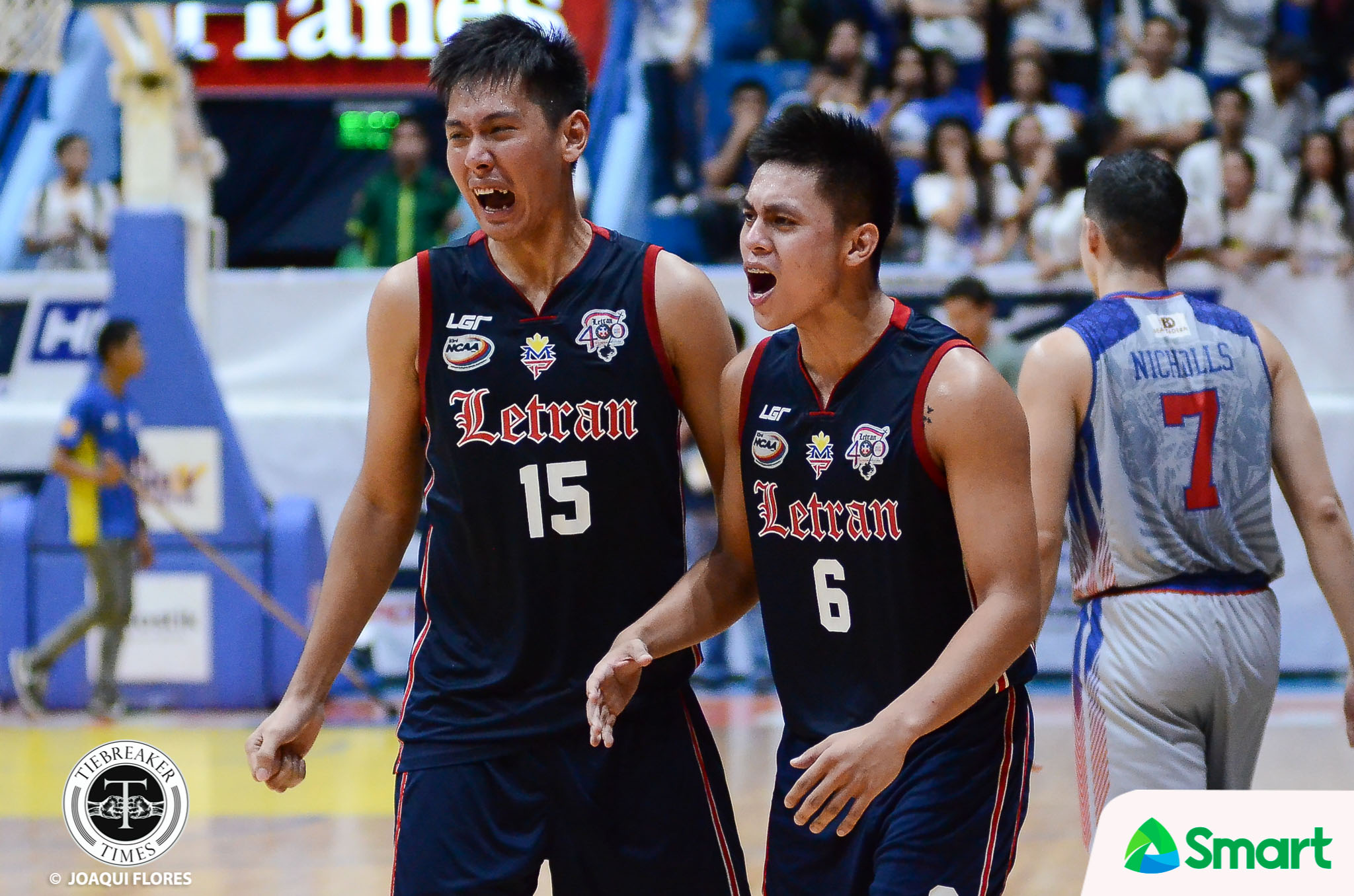 The win paved the way for Letran to move to the next stage of the stepladder. The Knights will take on the San Sebastian Golden Stags on Tuesday, October 24 at 3:30pm.

Ambohot, who broke his right wrist last August 15, proved to be the difference maker in the contest. Down 67-68 with 7.6 ticks left, Nambatac went for a drive but overcooked his layup. Fortunately for Nambatac and the rest of the Knights, Ambohot was there for the putback to seal the win.

Nambatac, who is playing in his final year, finished with a game-high 25 points to go along with nine rebounds, three assists, and a steal.

It was a tough outing for Letran though as the Chiefs did not back down.

Down by as much as 13 points, the backcourt tandem of Levi Dela Cruz and Rence Alcoriza singlehandedly willed the Chiefs back. The two went on a 14-8 run with Alcoriza scoring 11 during the rally that gave Arellano a 66-64 edge with 2:27 left. JP Calvo though answered right back with a triple but free throws by Alcoriza with 7.6 seconds remaining gave Arellano a one-point cushion.

Dela Cruz finished with 18 points on 7-for-12 shooting while Alcoriza added 16 markers, spiked by three triples.