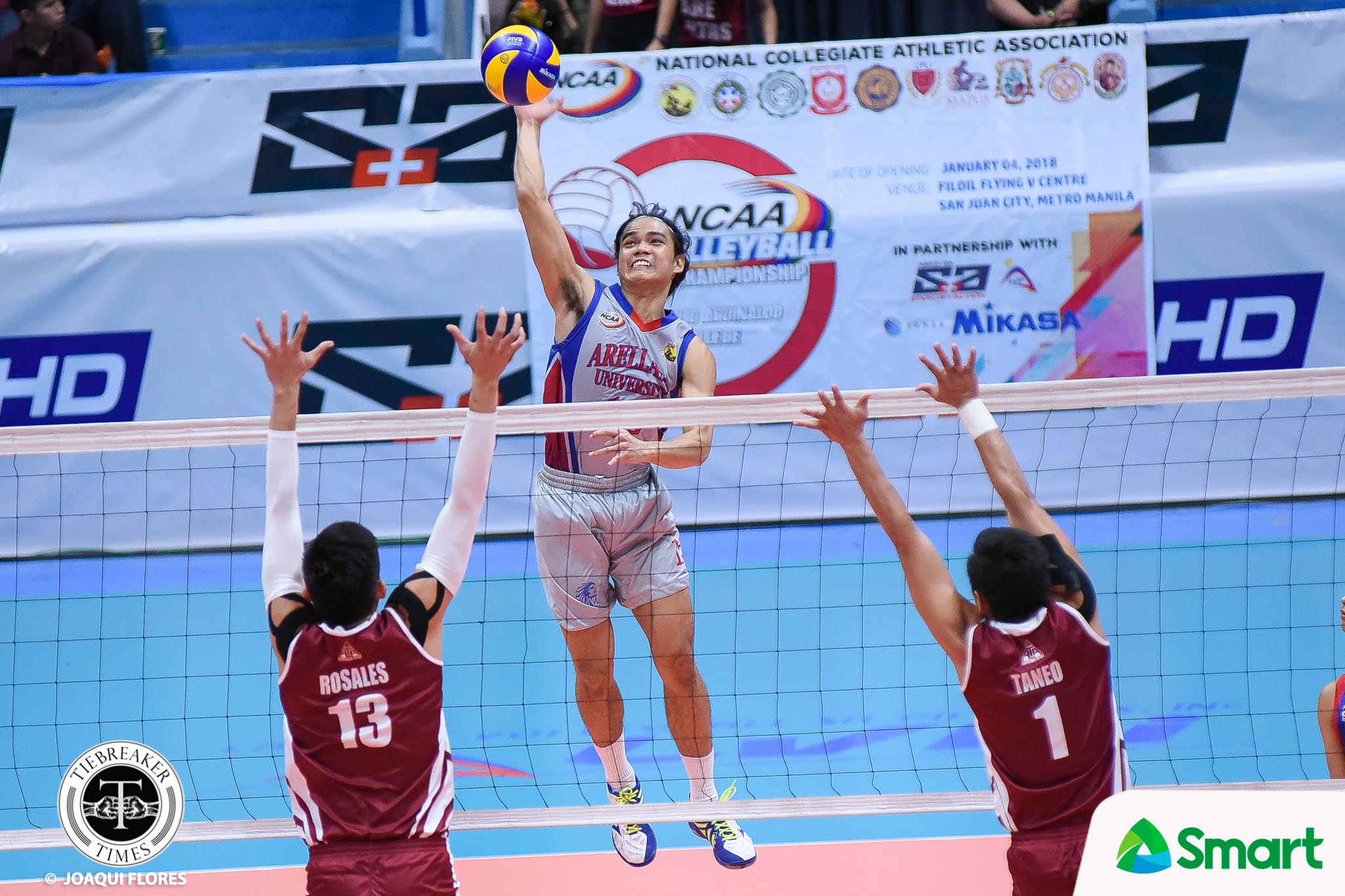 With eyes set on nothing less than a championship, the Arellano University Chiefs had to find their second gear to take Game One of the NCAA Season 93 Men’s Volleyball Finals.

The Season’s Second Best Outside Hitter top-billed the Chiefs with 24 points off 23 attacks and a block. Roi Domingo came up big off the bench to end up with nine points.

The Altas stormed into the first set, as the Chiefs imploded early in the frame, coughing up error after error. The Season 91 champions leaned on their transition to mount an insurmountable lead to close out the set at 25-12.

Arellano, needing some sense of urgency, executed better in the second set. With errors minimized, the Chiefs gained confidence to pull away led by substitute Roi Domingo.

Perpetual tried to crawl their way back into the set with Muhali steering the squad. Nonetheless, the Chiefs ended the frame with another Domingo kill.

Muhali continued to pace the Altas in that pivotal third set. It was actually a tight set before a strong hit from the first-year outside hitter sent his team to the second technical timeout at 16-14.

It was a luxury in that close frame, and the maroon-shirts used the momentum to eventually take the 2-1 advantage, with captain Taneo and Muhali combining to end the set.

The Chiefs indeed showed some signs of life in the fourth set, taking the 18-14 advantage off aggressive attacks from the second-year ace spiker. The former University of the Philippines Fighting Maroon was unstoppable in the frame, getting hits from all over the place.

Nonetheless, leaning from their championship experience, the Altas slowly crept into lead, before Rookie Most Valuable Player Joebert Almodiel wrested the advantage at 21-20.

Taking their cue, the Chiefs did not give up and fought toe-to-toe and the set point off another Dela Paz hit. Eventually, a good serve from skipper Christopher Soriano was converted to a closing attack from Demy Lapuz.

The Chiefs used this momentum to impose a 5-0 lead early in the deciding fifth set. Setter Edmark Meneses turned to his outside hitters Dela Paz and John Cabillan to pull away, before middle attacker CJ Segovia joined the scoring fray.

Errors late in the frame would not help Perpetual’s cause, as Arellano inched closer to taking the match.

A block from Segovia and later a strong attack from the Player of the Game Dela Paz ultimately stopped the winning streak of the Las Piñas spikers, who were led by the Season MVP Almodiel. 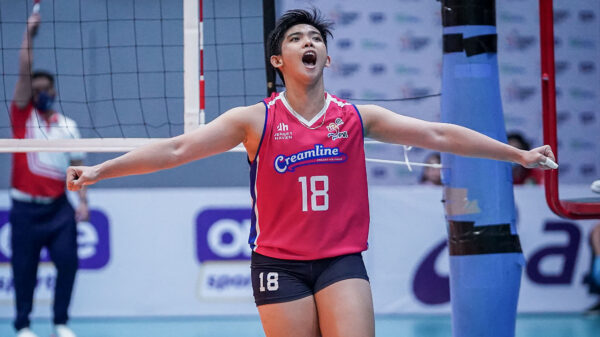