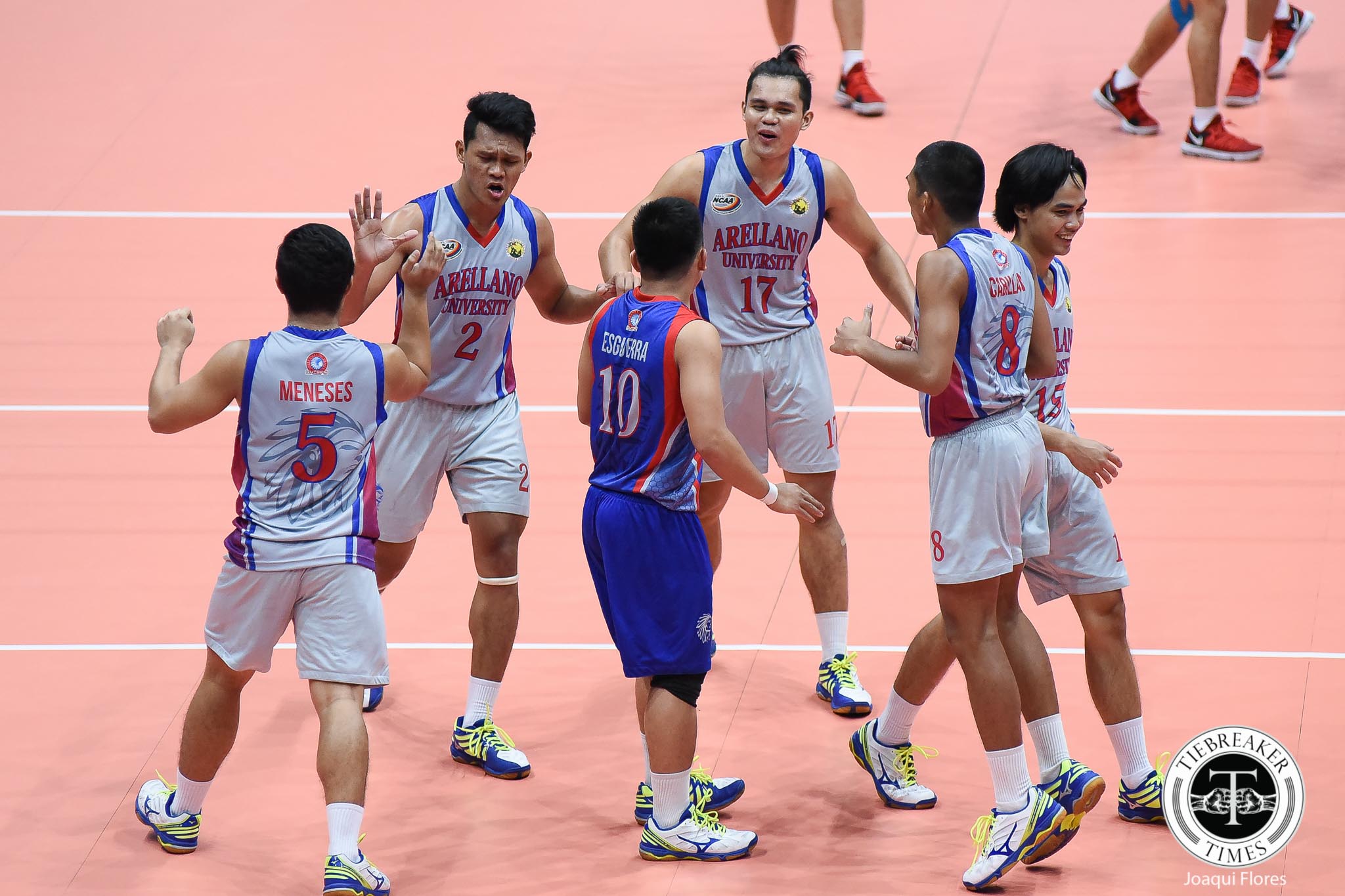 Save from that shaky start at the first frame, the Legarda-based squad was dominant throughout the match.

Outside hitter John Cabillan broke out of his slump and finished with 12 points on nine attacks. Kevin Liberato also had 12 on a huge performance at the middle with five blocks.

Such was evident as Arellano led Letran in both scoring and non-scoring skills. The Chiefs also limited its errors to 13 as opposed to the latter’s 21.

Knights captain Bobby Gatdula broke double-digits once more, but he was the only one to do so for the Intramuros side.

Arellano (3-0) will try to inch closer to a semifinals slot when they face Jose Rizal University (0-2) on Tuesday, January 16. On the other hand, Letran (0-3) will take on Lyceum of the Philippines (0-2) on Thursday, January 18.