The very best individual performers of collegiate basketball are set to be feted as the UAAP–NCAA Press Corps name the Mythical Team of the 2017 season in the Chooks-to-Go Collegiate Basketball Awards, Thursday at The Bayleaf Hotel in Intramuros.

Robert Bolick and Thirdy Ravena – the key cogs behind the championship runs of the San Beda Red Lions and the Ateneo de Manila University – lead the selection. Most Valuable Players CJ Perez of Lyceum the PIrates and Ben Mbala of the De La Salle University join the pair. Floor general Matt Nieto, also of Ateneo, completes the cast – selected by sports scribes covering the collegiate beat – that will be feted in the awards night sponsored by Chooks-to-Go.

After steering the Red Lions to their 21st title in the NCAA, Bolick is a shoo-in to the mythical team particularly with how he performed in the Finals against the Pirates. The 6’1″ guard out of Leyte missed out on individual accolades in the NCAA after being suspended for a game, but his year-long effort for the Red Lions isn’t about to go unnoticed.

Ateneo’s homegrown pair of Ravena and Nieto also made the cut in the awards ceremony, also backed by The Bayleaf Intramuros and Cherrylume, after steering the Blue Eagles to their first title in five years.

The duo showed great improvement from seasons before, not only in the individual aspects of the game, but in being the leaders of the young Ateneo side coached by Tab Baldwin.

Wrapping up the selection are the best individual performers of the collegiate season in Perez and Mbala.

Perez was the force behind Lyceum’s amazing turnaround from cellar-dwellers to perennial championship contenders, especially following a historic elimination round sweep. Though they fell short in the NCAA, Perez and the Pirates rebounded after winning the Philippine Collegiate Champions League.

Mbala, on the other hand, is the least surprising selection following another dominant season for the Green Archers.

Though they fell short of winning back to back titles, the 2016 Player of the Year was a man among boys in the UAAP leading to his second straight MVP citation.

Among the five, the Collegiate Player of the Year will be selected, who will also be awarded on the same day. 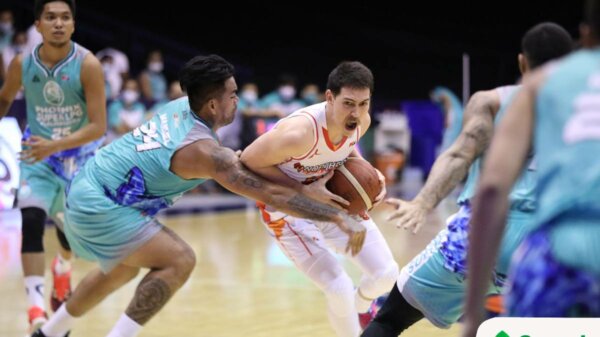