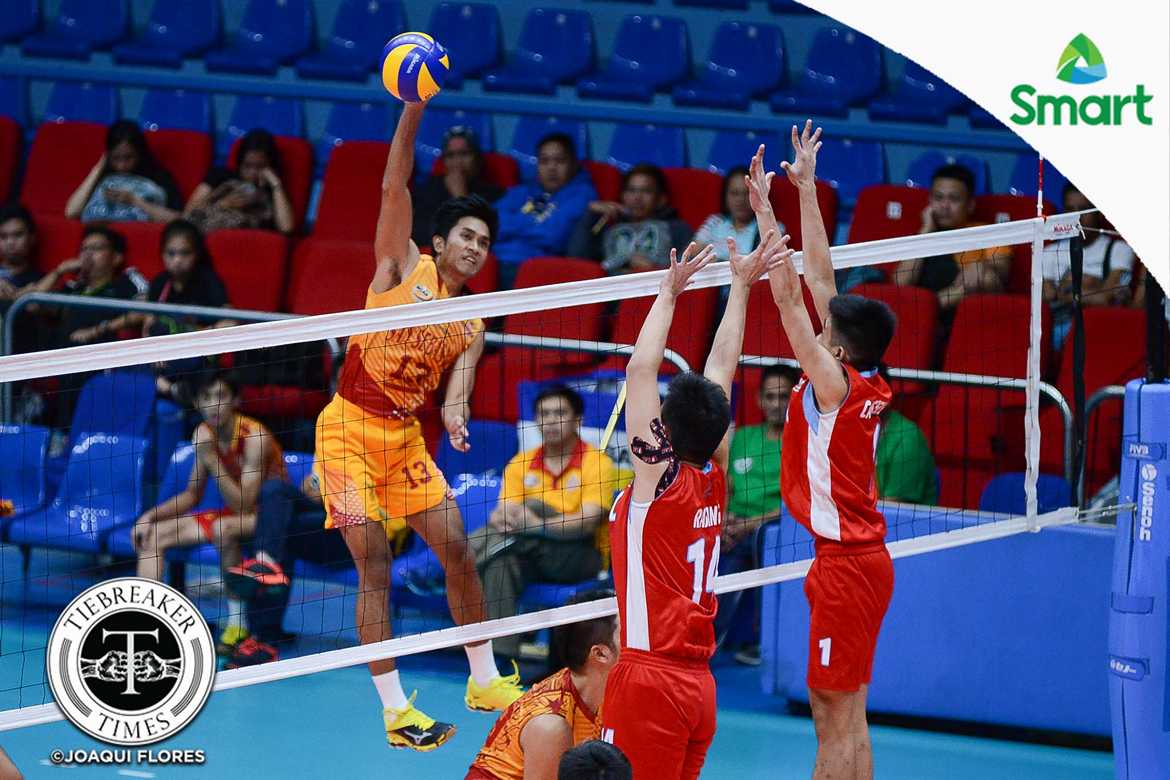 Team captain Jahir Ebrahim paced the Stags with 24 points, 20 coming from spikes, including the one that them to match point.

The Generals, however, took the edge in attacks, with 53 versus the Stags’ 51. San Sebastian did better on blocks with 9-5 lead, and on service aces with 6-2.

In the first three sets, even in the second-set loss, the Stags were able to stifle the Generals’ serves and attacks with excellent reception. However, during the fourth set, San Sebastian succumbed to problems with the first ball.

The Generals started strong in the fifth and deciding set behind Joshua Miña and Paolo Lim. Nonetheless, Ebrahim slowly took charge and, with errors piling up for the red-shirts, the Stags closed out the match.

Stags libero Christian Toledo frustrated the Generals with 17 digs, leading the 53 of the squad. On the other hand, Elmer Lazaro tossed 45 excellent sets for the Recto squad.

Miña plucked 22 markers for EAC. However, it was the all-around game of Karlo Gorospe at 10 points and 15 digs that kept the former champs in the fight.