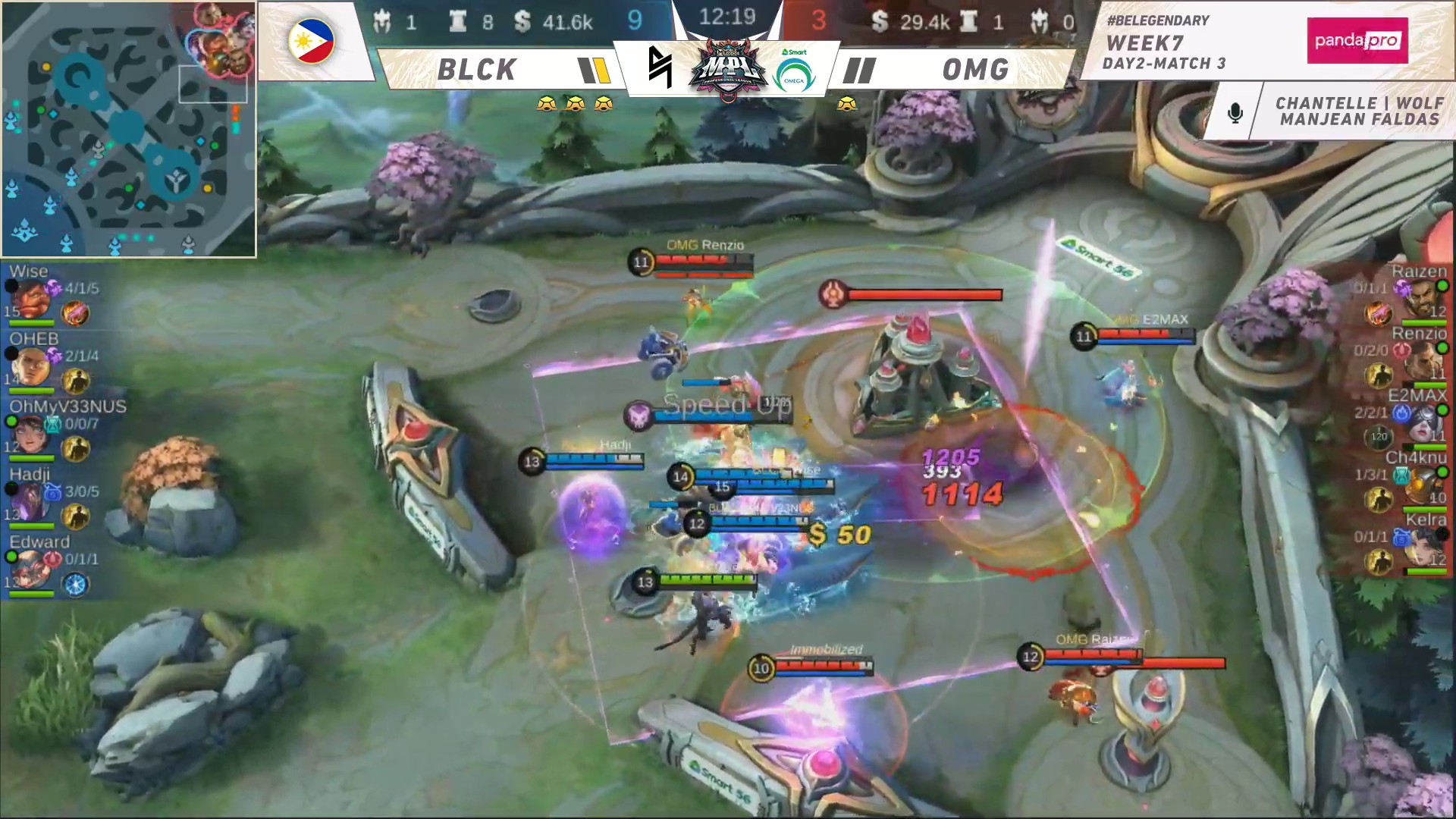 The Tier One-backed squad now has 31 points off a 12-1 standing to keep the number one spot.

Blacklist International survived a tough stand from Omega Esports in Game One, losing the crucial tug of war for the Luminous Lord but managed to take down Dean “Raizen” Sumagui (Balmond), Renz “Renzio” Cadua (Barats), and Patrick “E2MAX” Caidic (Selena) to go for the death push.

Joshua “Ch4knu” Mangilog (Chou) tried to cut the minions in the middle lane but it was not enough as Blacklist International shifted to the top lane for the game-winning siege.

Leading the charge for Blacklist was Kiel “OHEB” Soriano’s Kimmy who finished with six kills, two deaths, and 10 assists in the 38:06-minute match – the longest this season. 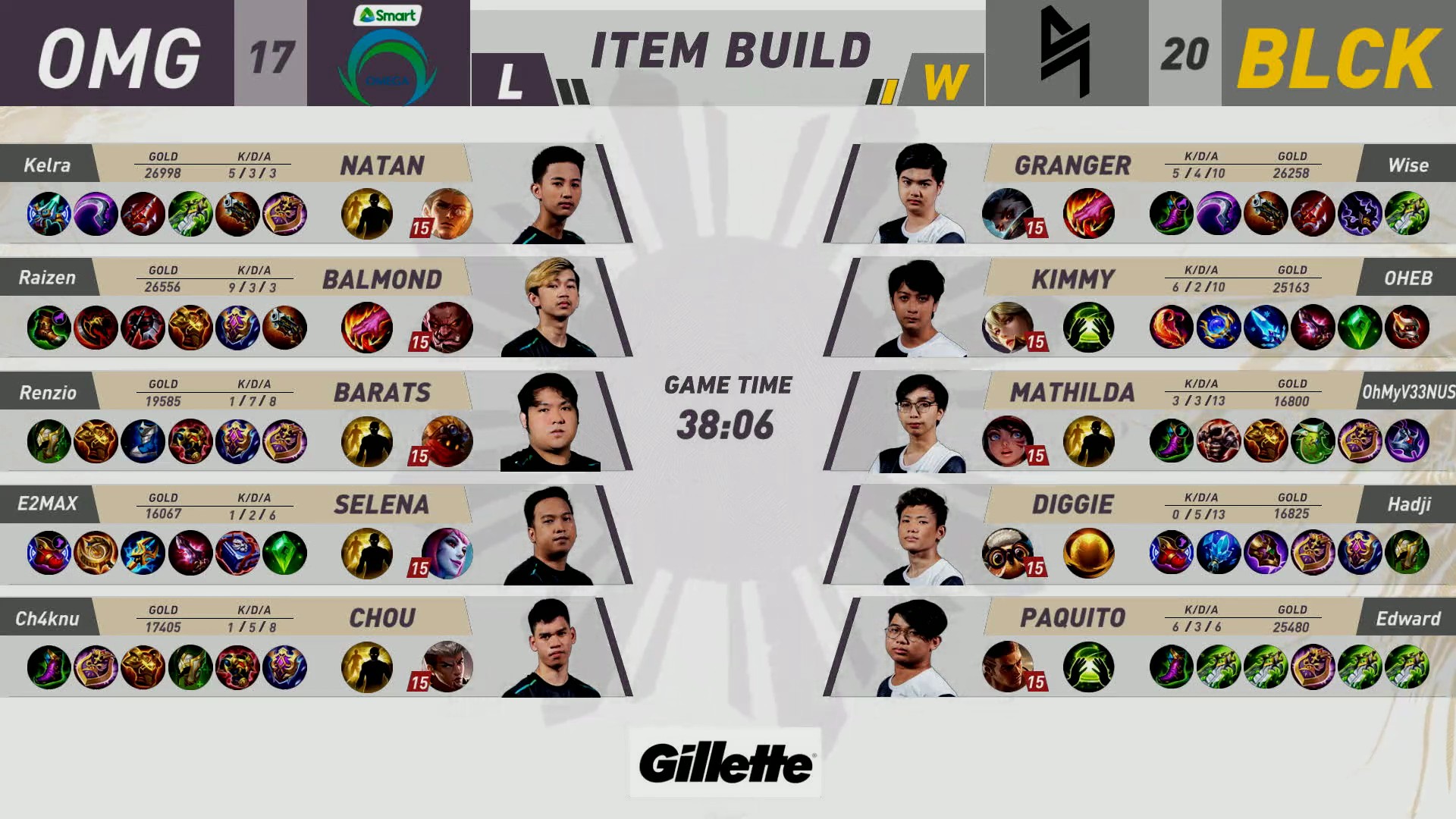 The defending champion only needed 12 minutes and 22 seconds to finish the 9-3 lopsided affair.

Wise was named the SMART 5G MVP with four kills, a death, and five assists in the win. 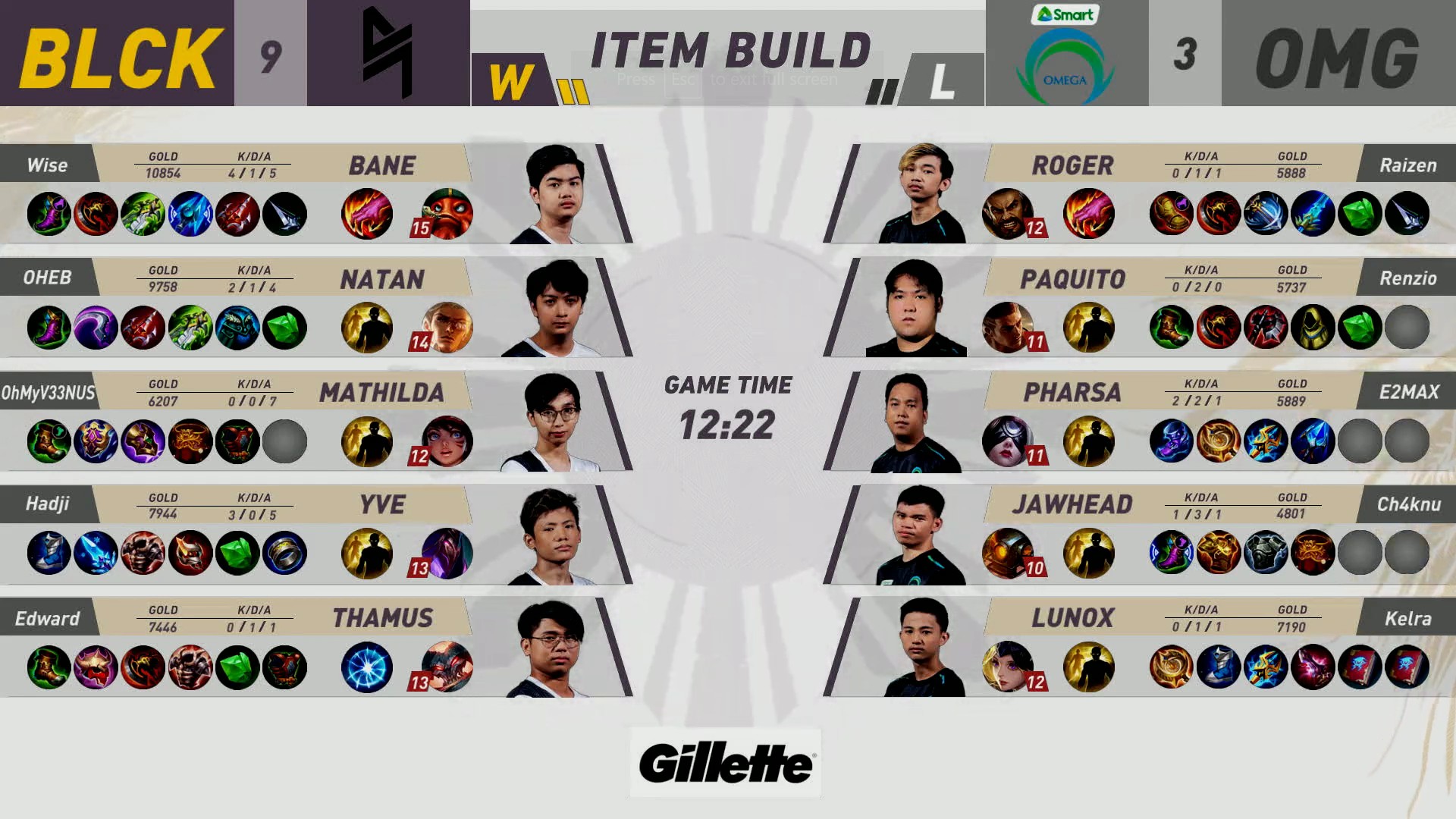 An unusual sight capped off Blacklist International win as OHEB, who was trying to make a funny gesture, flashed his middle finger in front of the camera while being restrained by Wise. 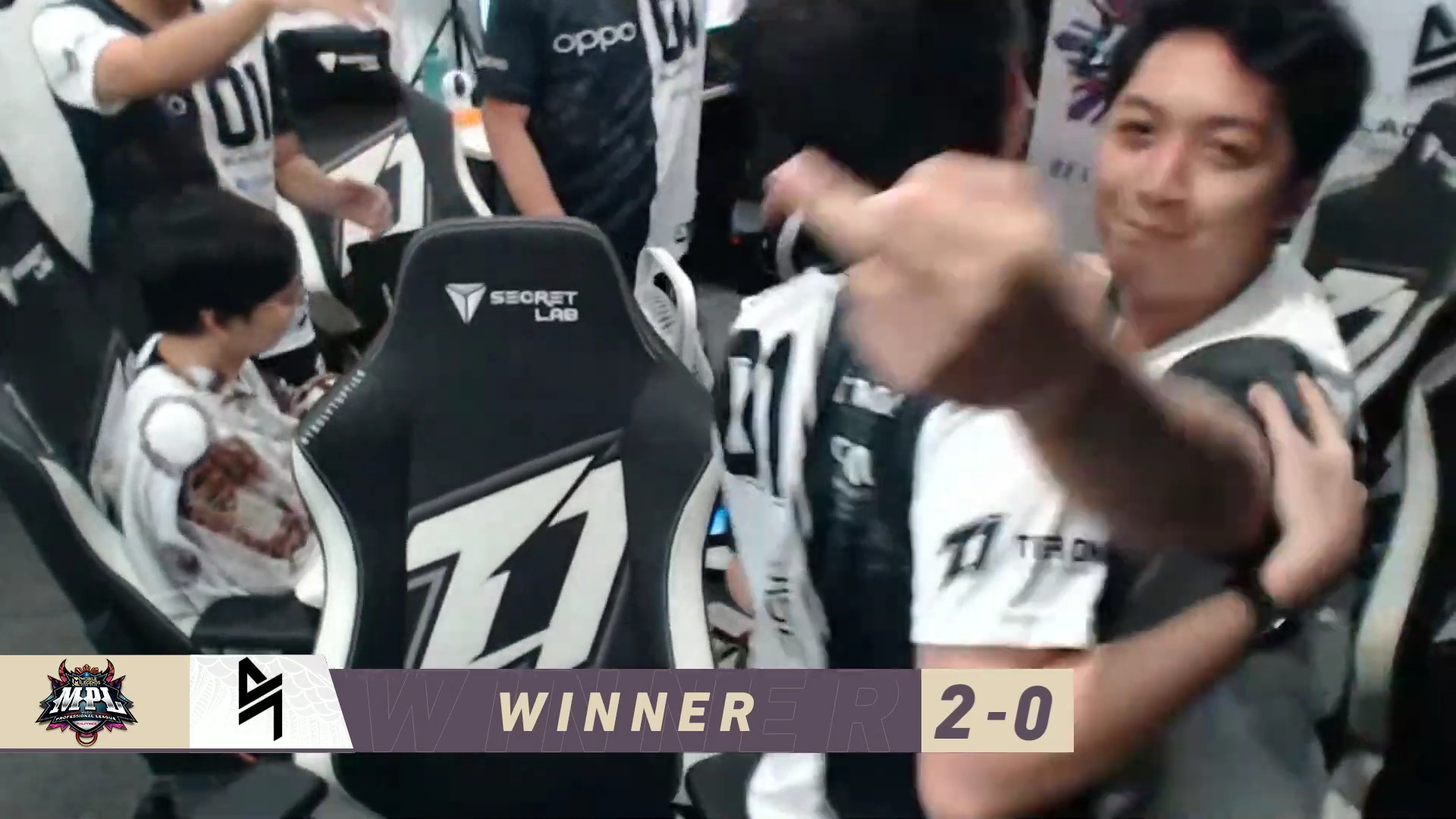 Omega Esports, which currently has 19 points, suffered their eighth loss in 13 outings.

Blacklist International will close out their regular season campaign against the also-ran Bren Esports tomorrow, Sunday at 6:00 PM while Omega Esports will take on Nexplay EVOS at 8:00 PM.