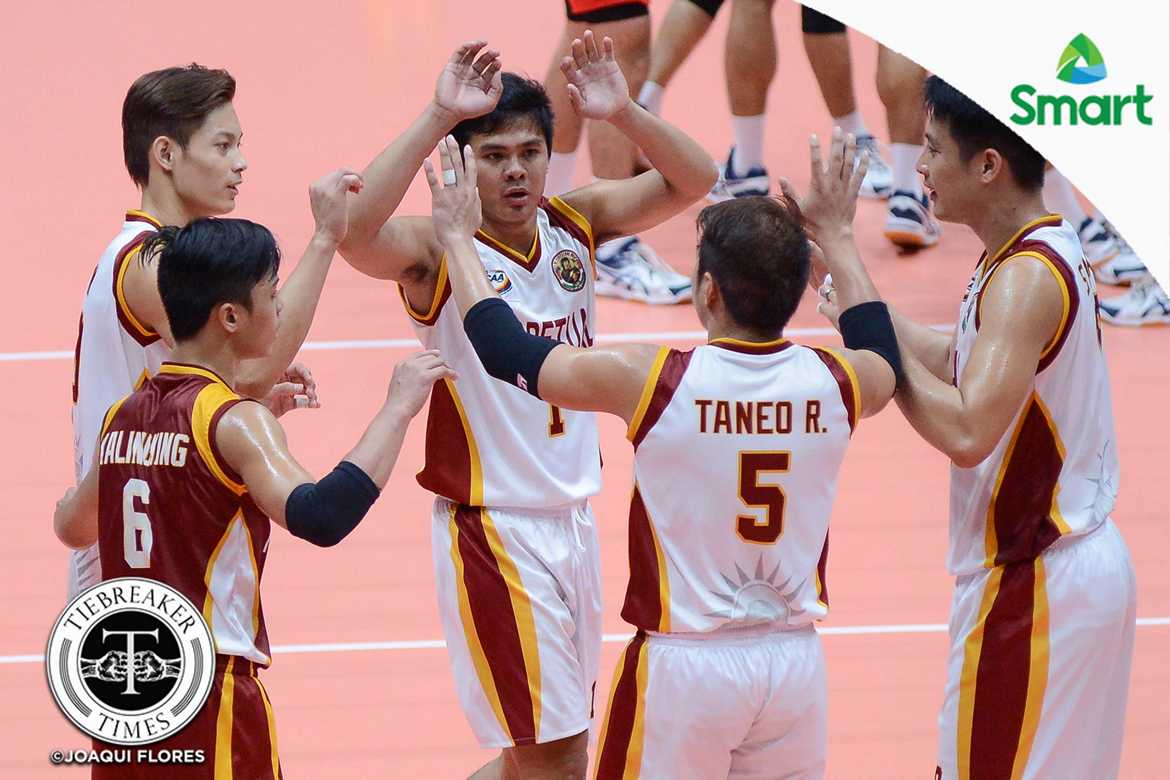 Outside hitter Rey Taneo Jr. was once again on point, getting 11 markers at the end of the tight three-setter. The reigning Best Attacker led the charge for the Las Piñas spikers, which plucked at least a point from all but one player fielded in.

The title-holders outscored the Bombers in attacks at 41-20 and in blocks at 7-0. The Mandaluyong-based troop took the edge in service aces, 4-3.

Despite the win, head coach Sammy Acaylar was far from pleased.

“Although we won, of course, hindi ako satisfied sa performance ng team,” he said. “Alam niyo naman team ko sa men’s. I told my players to respect JRU. They are humans, we are humans. I just want them to play their game.”

The seasoned mentor refers to the horrendous 35 errors the Altas coughed up in the match, giving JRU some glimmer of hope.

With momentum, Patrick Rabaja, playing in the wings this time, keep the Bombers within striking distance.

Nonetheless, the reigning kings of the NCAA just had the answer in the end, before Taneo Jr. put the match to its finish with a hit off a combination play.

The Altas (7-1) take the provisional share of lead with the College of Saint Benilde Blazers with the win. The defending champions will take on the Arellano Chiefs (6-2) on Wednesday, January 25.

A win for Perpetual will give them one of the twice-to-beat bonuses in the Final Four.