The National Collegiate Athletic Association has decided to resume all of its sporting events on March 16 after implementing a suspension of activities last week amid the coronavirus (COVID-19) outbreak.

League Management Committee chair Peter Cayco of Arellano University made the announcement on Wednesday, citing that indoor volleyball, football, lawn tennis, and soft tennis are all expected to pick up where they left off on the said date.

There are still two remaining play dates in the elimination round of the men’s and women’s volleyball tournaments.

The matches between San Beda University and Lyceum of the Philippines, and College of St. Benilde and Mapua would have been the action last February 14.

The clashes between St. Benilde and Arellano, which will decide the Final Four format in the women’s division; as well as a pair of showdown between Letran and San Sebastian, would have been played last February 17.

But Cayco made it clear that the aforementioned playdate is still subject for approval of the Policy Board.

NCAA also seeks consultation from Commission on Higher Education, Department of Education and Department of Health “whether it’s safe to push through with our schedules”.

Furthermore, the league bared that its Track and Field event will commence on March 16 as well. Meanwhile, the Under-15 Basketball and Beach Volleyball are set to raise its curtains on April 25 and 29, respectively.

For its part, the season-ending cheerleading competition will be held as scheduled on March 30. 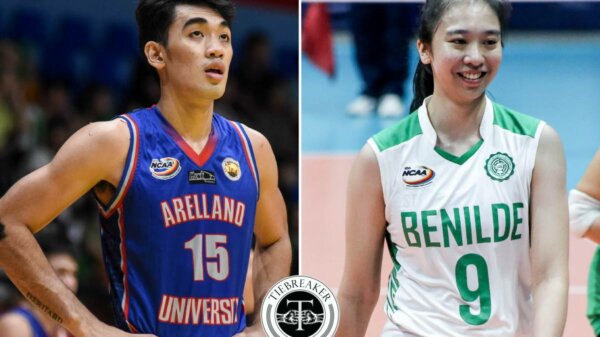