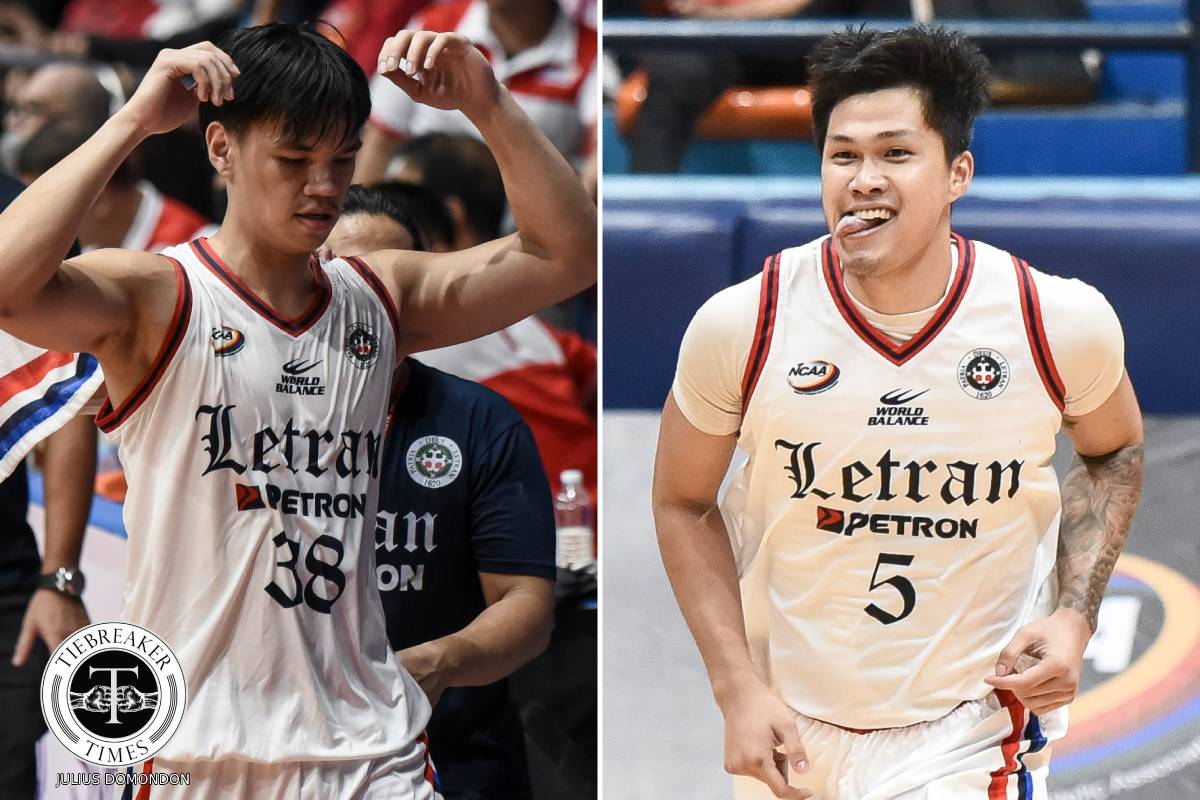 Colegio de San Juan de Letran’s Brent Paraiso and Louie Sangalang will have to sit out their rivalry clash against San Beda University on Friday.

In a statement released by NCAA Commissioner Tonichi Pujante, both Paraiso and Sangalang will have to miss the much-awaited rivalry game after both getting ejected from the game in their finals rematch against Mapua University last Tuesday.

Right at the 5:39 mark of the payoff period, both Brent Paraiso and Adrian Nocum were fighting for the loose ball. Paraiso hit Nocum with an elbow at the back of his head resulting in an automatic ejection for an “act of violence.”

“In Paraiso’s case, the Game Officials exercised FIBA RULES Art. 42 Special Situations, Art. 42.1 In the same stopped-clock period which follows an infraction, special situations may arise when additional infraction(s) are or have been committed,” said the statement.

“Upon thorough review, it was established that Paraiso intentionally hit Mapua’s #10 Adrian Nocum at the back of his head with an elbow which is a deliberate act of violence and not a legitimate basketball play.”

In the case of Sanggalang, he could not control his emotions.

With the game almost over with 13.8-ticks left, Sangalang was slapped with his second technical foul, this time for taunting.

The Knights’ big man was also seen having some exchange of words with one of the officials just right before he left the hardcourt.

“As for NCAA Ground Rules Art. 7.2, A player who is thrown out of the game by the Referee for unsportsmanlike conduct in any game will be suspended for one (1) game implemented immediately on the next scheduled team game,” he continued.

“I strongly denounce forms of violence in and outside the playing court. Rest assured I’ve addressed this with utmost objectivity and compassion,” the statement ended.

The Knights will miss their leading scorer Paraiso who is averaging 12.75 points, 3.5 rebounds, 2.75 assists, and 2.5 steals per contest; and a strong inside presence in Sanggalang who is putting up 9.5 markers, 10.25 boards, and 2.5 assists per game.

Letran will have to dig deep into its bench in order to overcome the loss of these two.