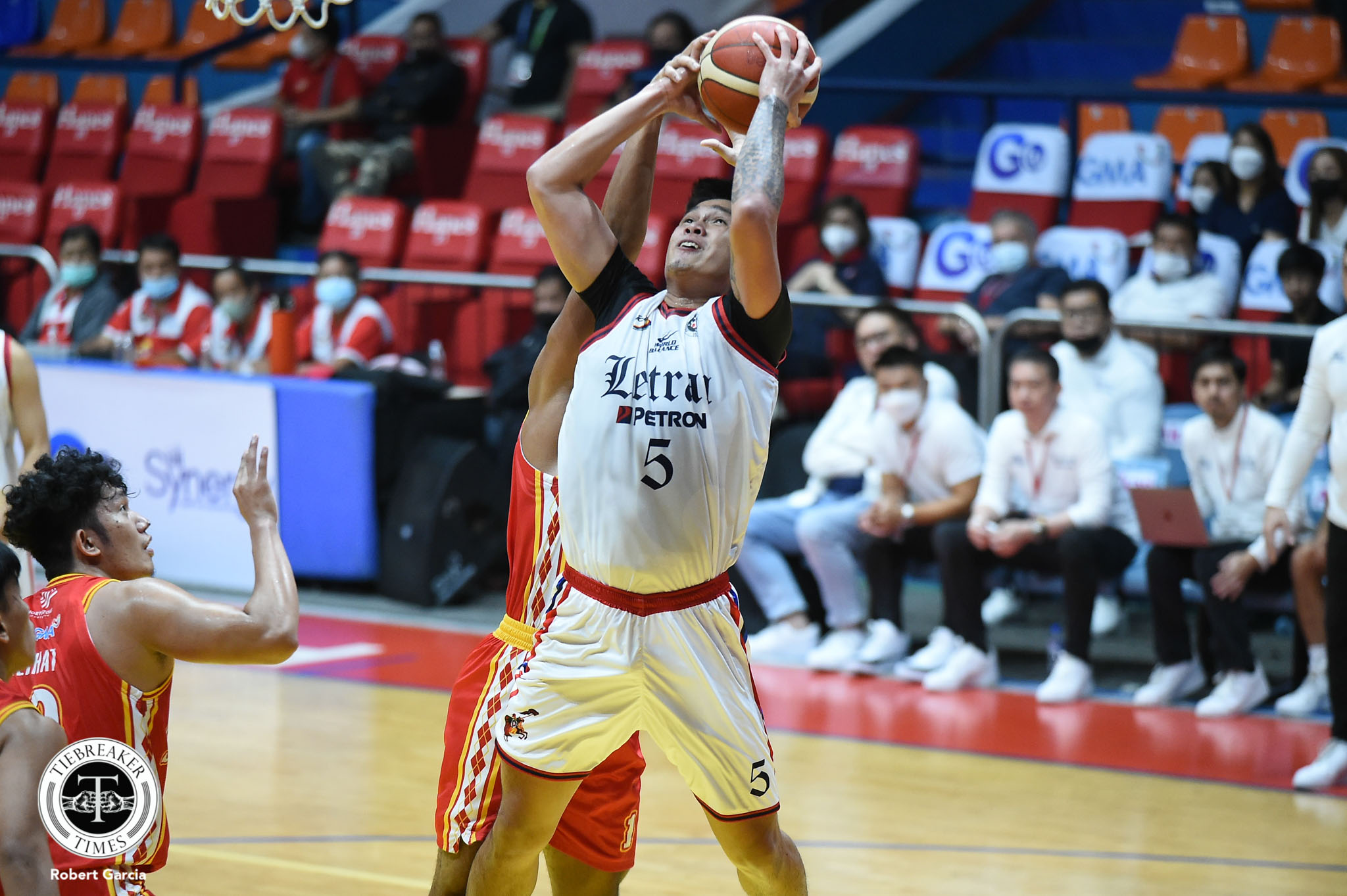 Down by seven, 63-70 entering the final two-minute mark, the Stags tried for one final push as Reymart Escobido knocked down a mid-range jumper. Two free throws Alex Desoyo followed to bring their team to within three, 67-70.

Louie Sangalang answered back in the next possession coming from a pass from Rafael Go. Then Kurt Reyson nailed the three-point dagger, 75-67, with 20-ticks left to stop San Sebastian from its tracks.

Letran was in control for most of the ball game. Its lead grew to as much as 18 in the third period after a Tommy Olivario three, 56-38.

Five Knights had double figures led by King Caralipio with 13 points on 4-of-7 shooting and eight rebounds. Rafael Go had a breakout game with 11 markers with a perfect 5-for-5 from the field. He also had two rebounds and two assists.

Louie Sangalang and Brent Paraiso both scored double figures in their first game back. The former had 11 points, eight rebounds, and four assists; meanwhile, the latter added 10 markers, four boards, three dimes, and a steal.

Reymart Escobido finished with 18 points, three rebounds, three assists, and a steal for San Sebastian, while Romel Calahat ended up with 17 markers, seven boards, an assist, and a steal.

The Knights improved their record to 4-3 while the Stags are now 3-3.

Next up for Letran is University of Perpetual Help System DALTA (4-3) on Saturday at 3:00 PM. San Sebastian, on the other hand, will look to bounce back against Lyceum of the Philippines University (5-1) on Sunday, 12:00 NN.