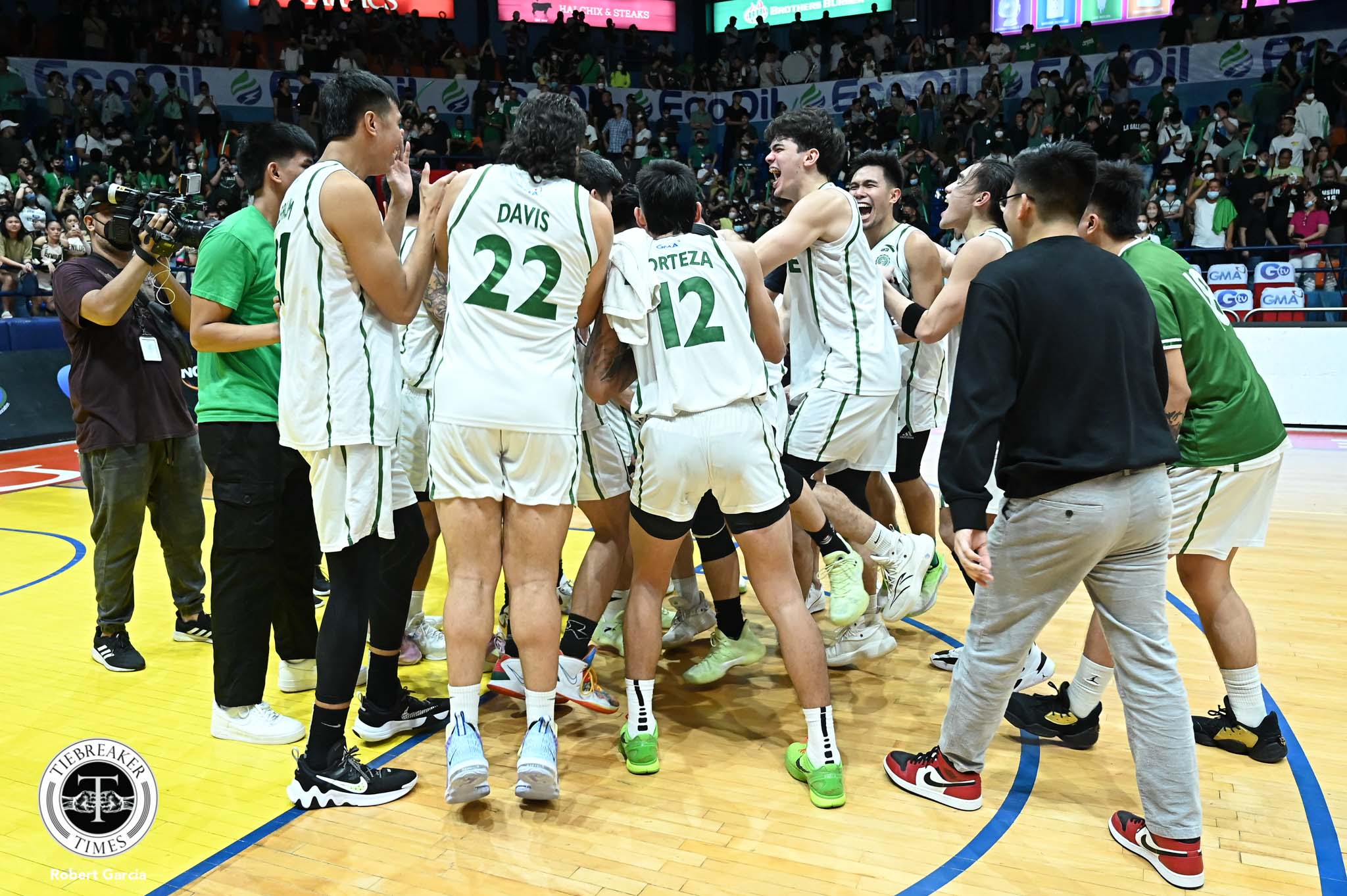 After 20 long years, College of Saint Benilde is back in the National Collegiate Athletic Association of the Philippines’ big dance.

Behind the steady sniping of Miguel Oczon and a little bit of luck in the endgame, the Blazers eliminated San Beda University, 62-61, to advance to the Season 98 Seniors Basketball Finals, Tuesday at the Filoil Ecooil Centre.

“I’m just so thankful right now. We had some luck down the stretch but I guess that’s basketball,” said Benilde head coach Charles Tiu, who is just in his second season with the school but has been an assistant to the team since Season 93. “San Beda played a great game, so much respect for Coach Yuri [Escueta] and the guys out there. That was a tough, tough game and they prepared so well.”

And the Blazers needed to sweat, work, and dig deep to advance to their first finals since Season 78 — a time when the team was handled by Dong Vergeire and had players like Sunday Salvacion, Jondan Salvador, and Al Magpayo.

Up 13 in the first half and six entering the final frame, the Red Lions clawed their way back cutting the lead down to 60-59 with 12.7 seconds left in the game.

Oczon, a transferee out of National University, was sent to the line. And the guard who previously played for Tiu in Gilas Youth showed uncanny nerves of steel, knocking down both free throws. 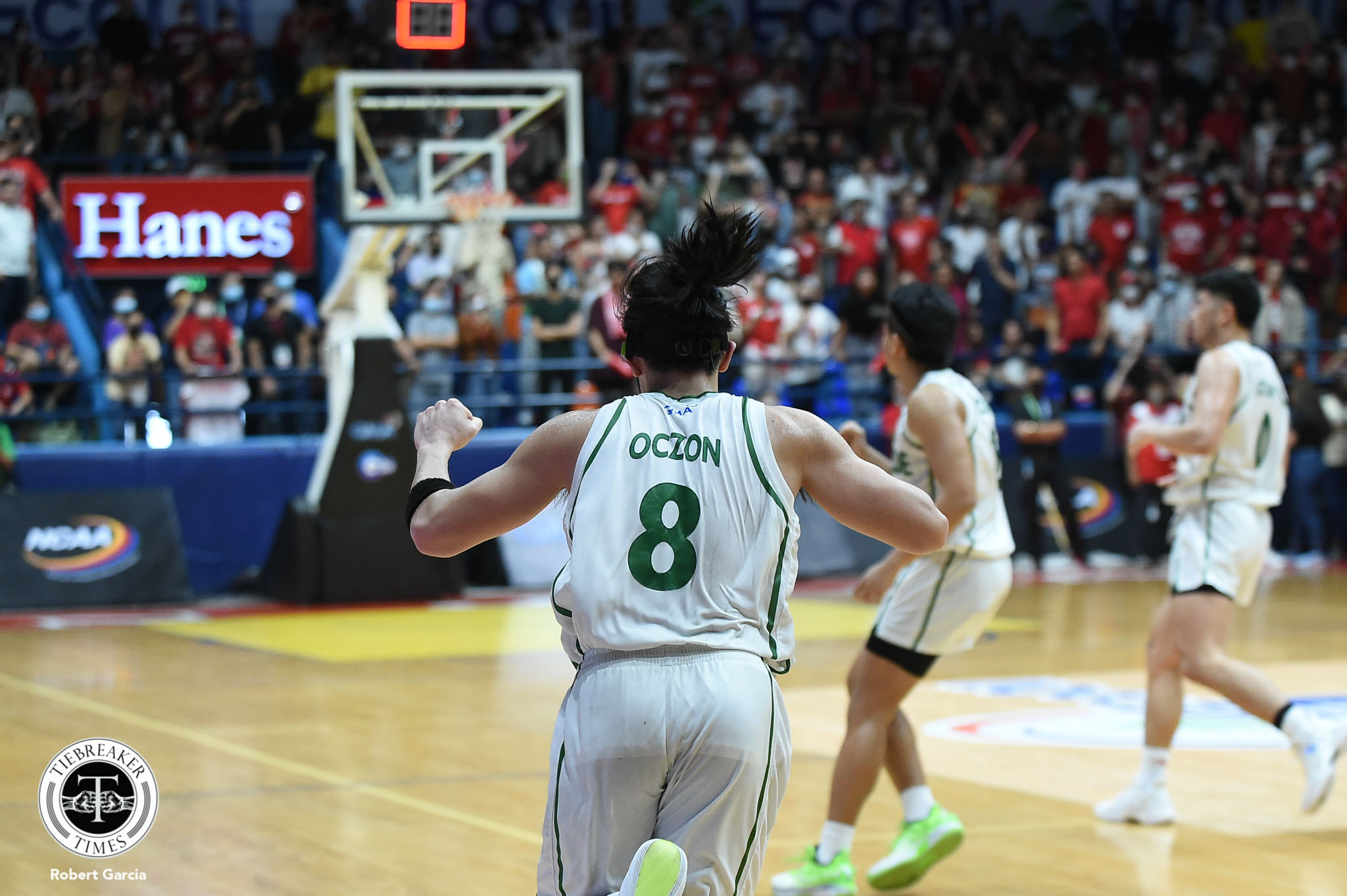 “I had no doubt that when he was in the free throw line, he was going to make it. I did not plan to call any timeouts, I was just going to get him the ball and he delivered,” said Tiu about Oczon, who ended up with 17 points on 8-of-8 shooting from the stripe with six rebounds, a steal, and a block.

Despite his struggles in the contest, San Beda still went to their money guy James Kwekuteye in the endgame. This despite going just 4-of-14 from the field heading into the final possession.

The Filipino-Canadian senior missed both of his attempts from deep — the latter a clean look. Damie Cuntapay scored underneath to clean up his batchmates’ mess but there were just 0.4 seconds left.

As time expired, the green side of the San Juan venue burst into cheers and tears. The dream season was still on for the Blazers. 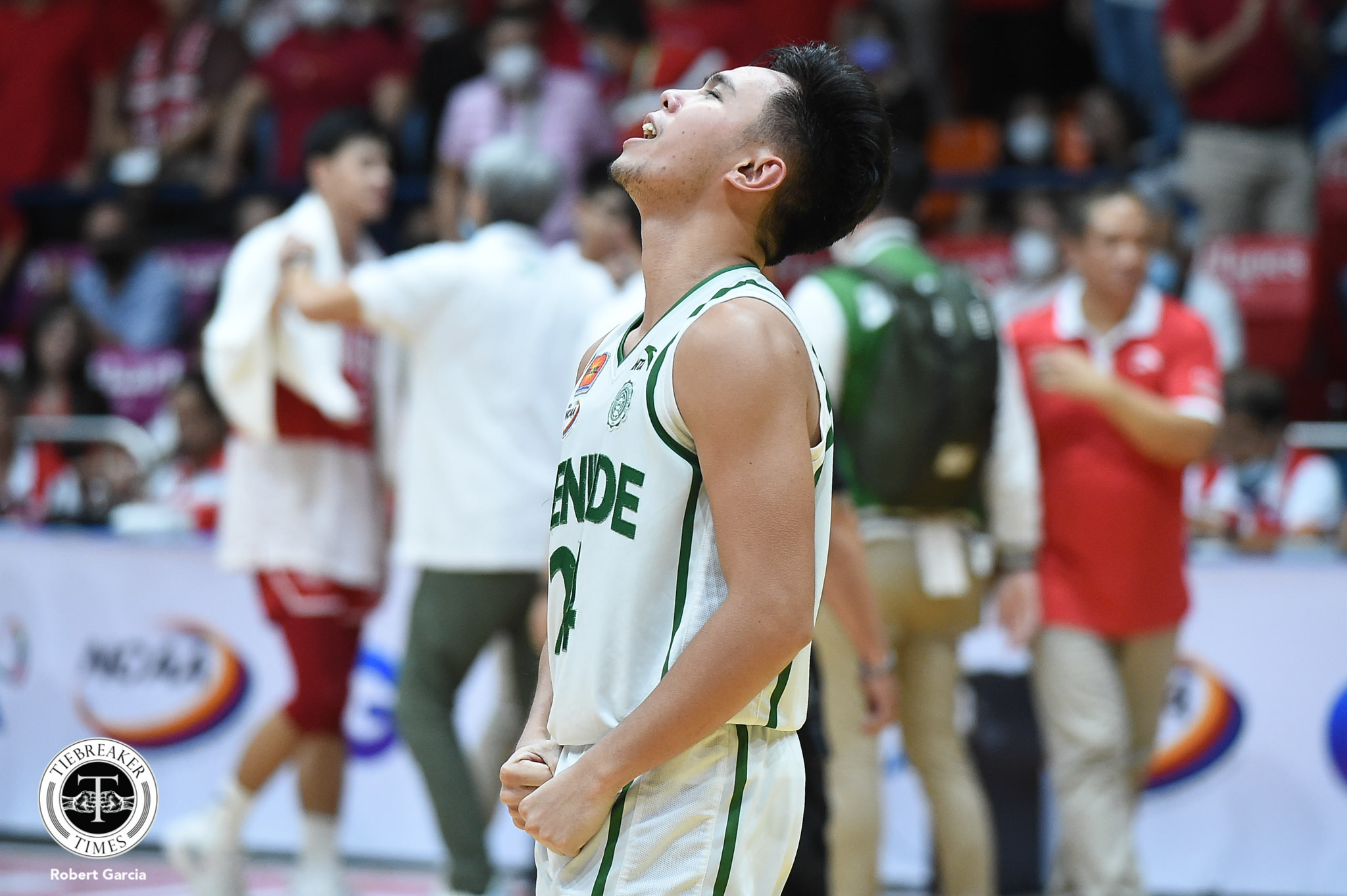 Supporting Oczon was Jimboy Pasturan, who delivered 16 points on four treys with six rebounds. Leading MVP candidate Will Gozum added 10 points and 11 rebounds while Miggy Corteza grabbed 12 rebounds and scored seven points despite only having one good foot.

Tiu though is still not satisfied as they look to end the school’s 22-year title drought. And it’s either Letran or Lyceum who will stand in their way.

“I really hope that this will be our year, it’s going to be our destiny. The finals will be tougher against Letran or Lyceum — those two teams are great. There’s been a lot of heartbreaks for the Benilde community but at least we are back. Hopefully, we can achieve our last goal,” he said.

The red side of the stadium fell in silence as they missed the Finals for the second straight season.

In what could be his final game, Canlas got 11 points on 4-of-16 shooting with nine rebounds. Graduting Lion JB Bahio, meanwhile, finished with nine points on 3-of-12 shooting from the field with seven rebounds. 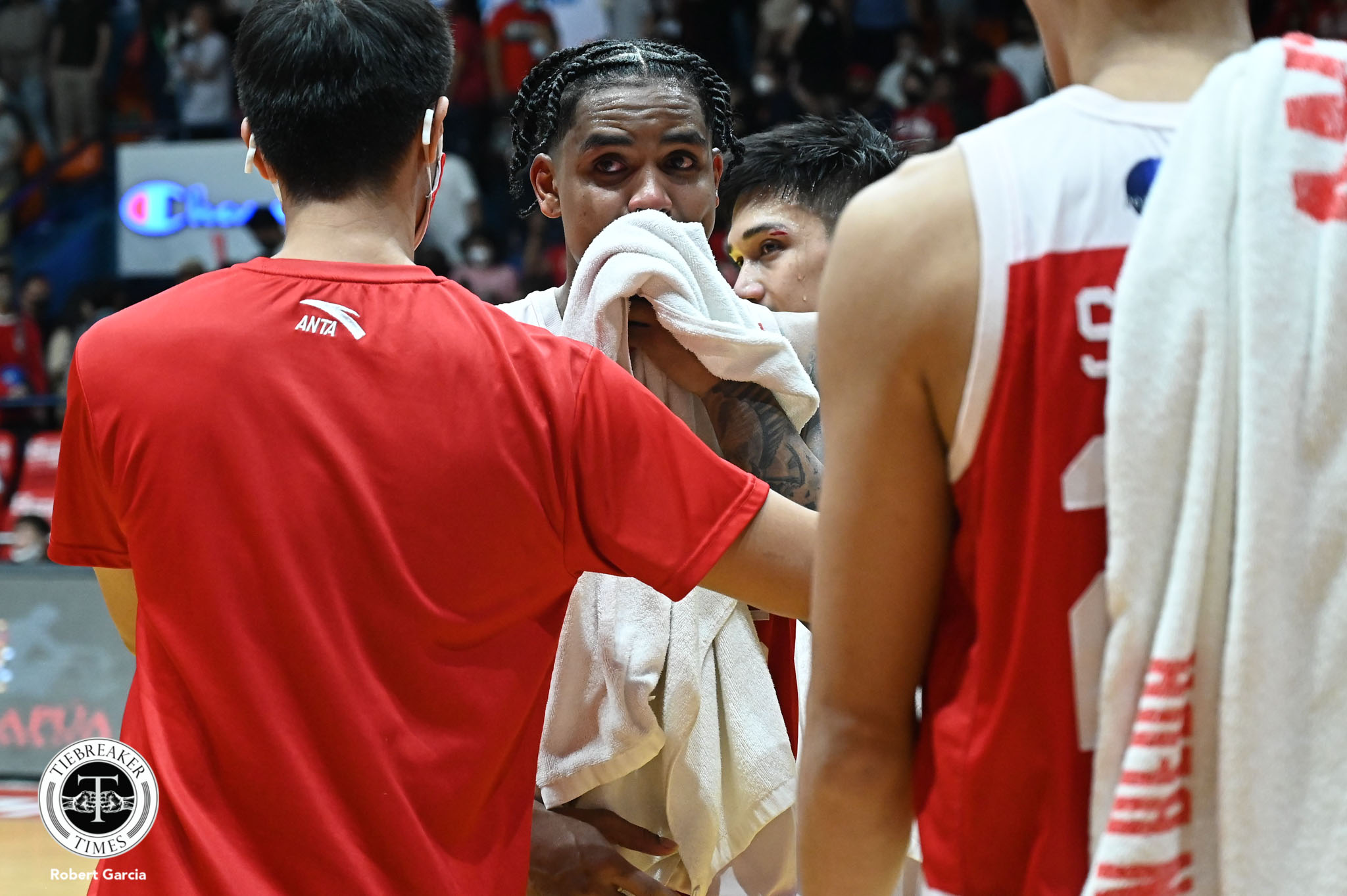 #ReadMore  UP makes it two in a row