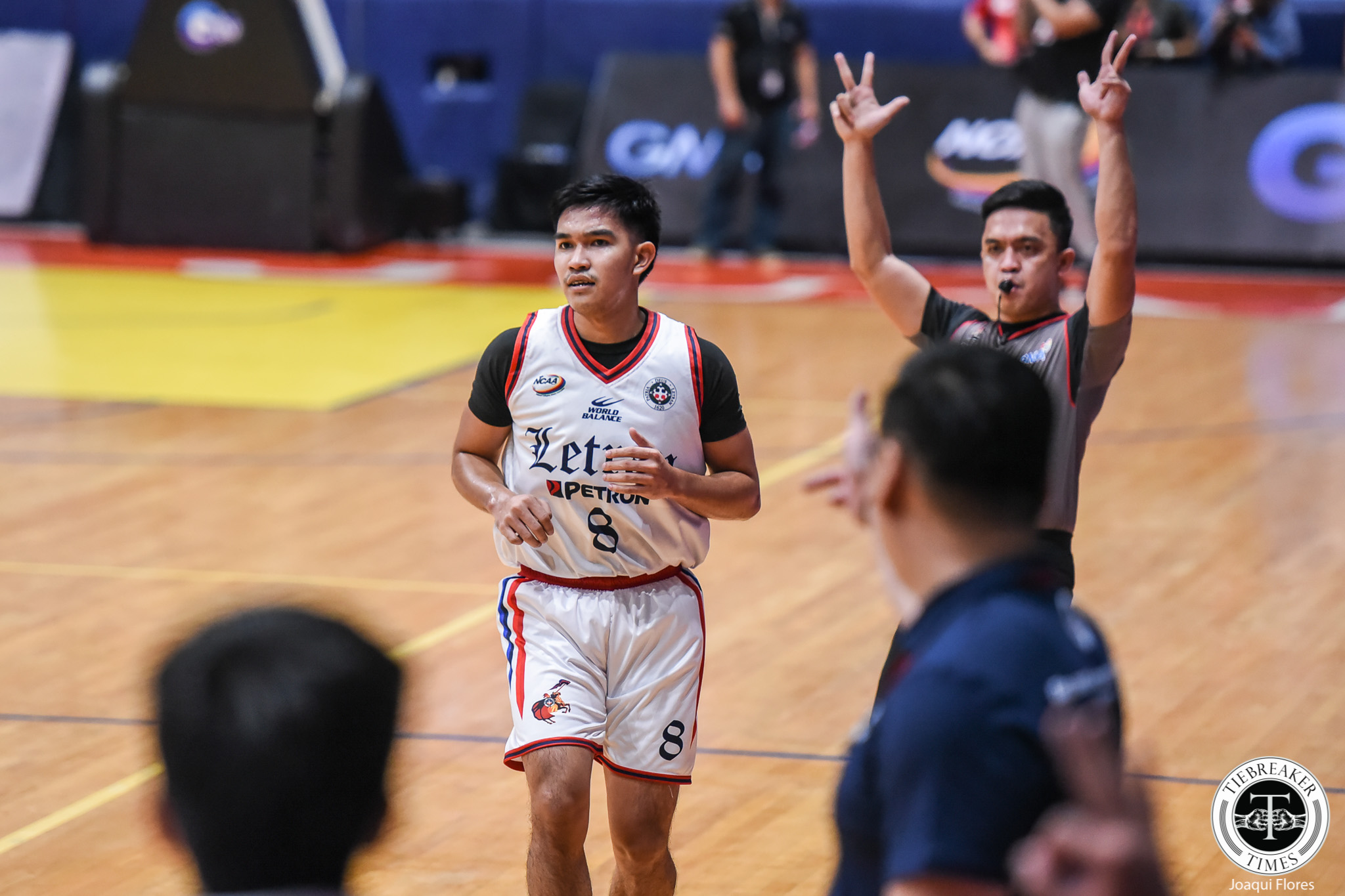 With the Knights racking up their 12th win in 15 games, the defending champions are assured of a top-four finish. Moreover, they stretched their winning streak to nine games.

Letran needed to make huge stops in the endgame to stop EAC.

With 1:10 left in the game, Ruzzell Domingo cut the lead to 79-77. However, King Caralipio had other plans, nailing the dagger trey.

A miss by JC Luciano led to two more free throws for Caralipio to seal their ticket to the next round.

Caralipio led the Knights with a double-double of 16 points on 6-of-8 shooting and 11 rebounds. Kurt Reyson posted 14 points, four rebounds, and five assists.

Nat Cosejo led the way for the Generals with 21 points, nine rebounds, and four assists. Joshua Tolentino produced 17 points, four rebounds, two assists, and a steal, while Luciano finished with a double-double of 16 points, 12 rebounds, and six assists.

Next up for Letran will be rival San Beda University on Wednesday at 3 p.m.. EAC, meanwhile, will have a one-week rest before facing San Sebastian College-Recoletos on November 20 at 12 NN.