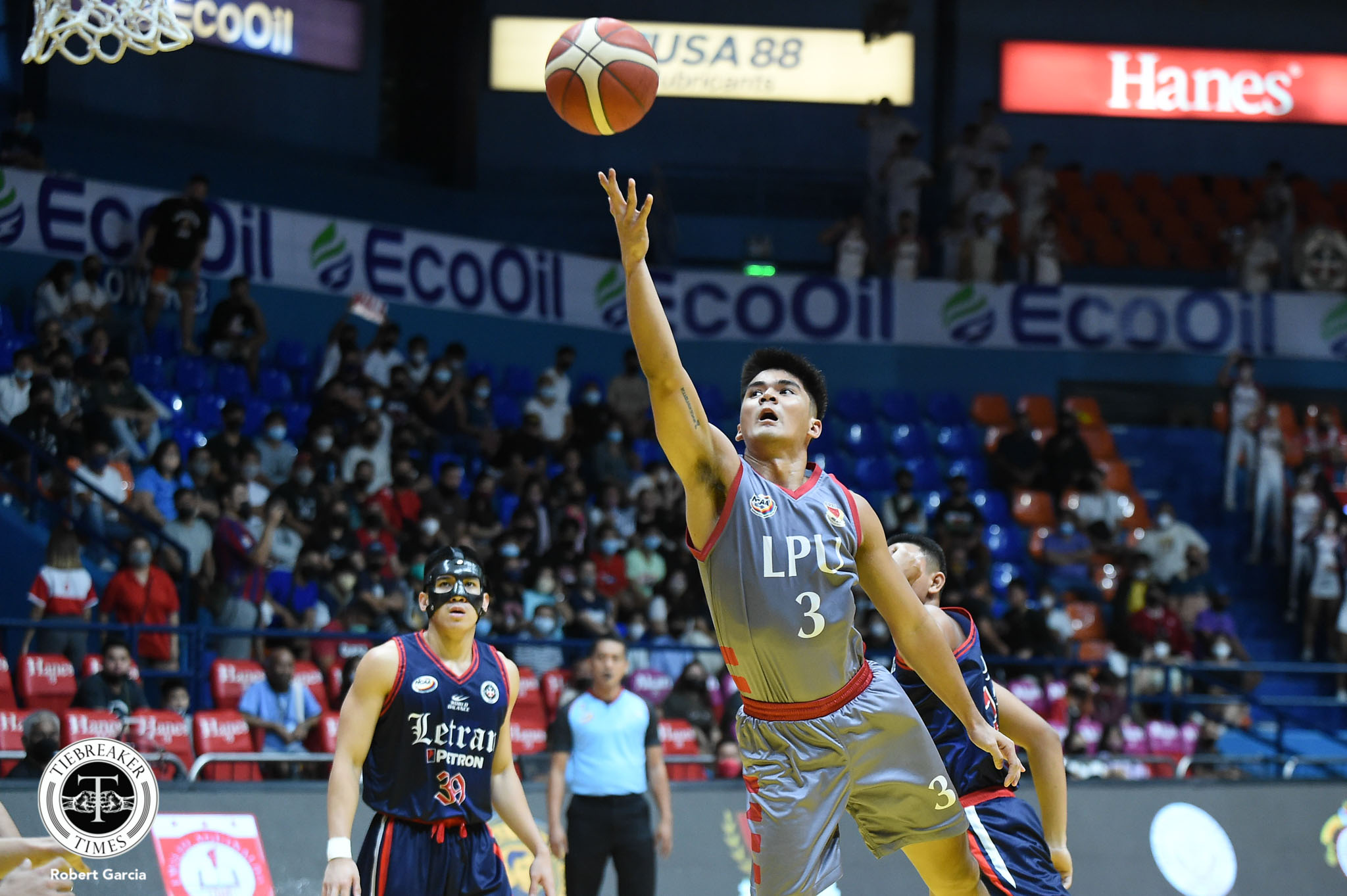 Knotted at 73 in the final two minutes of the game, John Barba knocked down a triple to get the 76-73 lead.

Kurt Reyson missed his corner triple response before Mclaude Guadana converted both his free throws to boost their lead to 78-73.

Coming off a timeout, Niel Guarino turned the ball over which led to a Guadana two charities for the dagger.

“First of all masasabi ko sa game namin is very very tough game. We know naman that Letran is the defending champion and has the heart of the champion,” said LPU head coach Gilbert Malabanan. “So kailangan lang naming tapatan yung aggressiveness nila. Ayun lang din naman ang importante don. And of course, following the system and trusting each other. So that’s the number one kaya din kami nanalo.”

Deja vu struck the Knights as they were up again by a huge margin in the first quarter. The lead even ballooned to as much as 19, 32-13, after a Tommy Olivario triple right at the 6:38 mark of the second canto.

The Pirates, however, slowly but surely clawed back in the ball game after starting an 11-0 run to open the third frame to tie it at 46-all.

Mclaude Guadana had a game-high with 20 markers, two boards, and two dimes. John Barba added 12 points and eight rebounds, while Patrick Montano and Enzo Navarro finished with 12 and 11 apiece.

For Letran, Fran Yu led the scoring with 18 points, and three assists. Both Kevin Santos and King Caralipio had a double-double with the former having 10 markers and 11 boards, while the latter added 12 points and 17 rebounds.

The Pirates made it five in a row (5-1), while the defending champions are on a two-game losing streak, (3-3).

Lyceum will take on Jose Rizal University (3-2) on Friday at 3 PM, while Letran will look to end their losing streak against San Sebastian College-Recoletos on Wednesday, also at 3 PM.