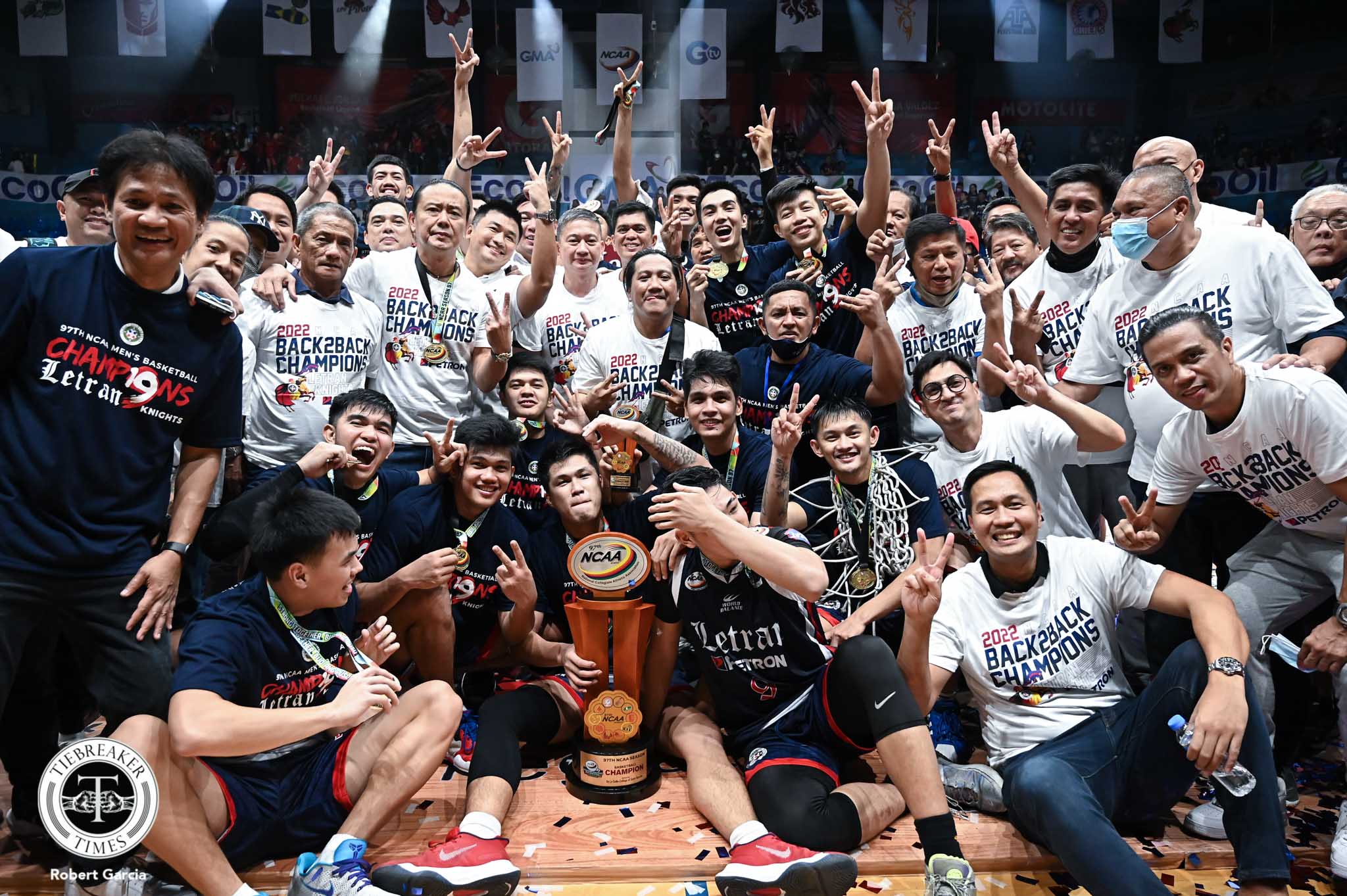 After three years of waiting, Rhenz Abando finally got to wear a crown.

With all his might, the prized transferee out of University of Santo Tomas nailed the telling blows that stopped a desperate Mapua University, leading Colegio de San Juan de Letran to a 75-65 win to sweep the NCAA Season 97 Seniors Basketball Tournament, Sunday at the Filoil Flying V Centre in San Juan City.

The reigning Most Valuable Player scored eight of his 14 points in the final frame to give the Knights their first back-to-back crowns since 1998-99. The 6-foot-2 native of Sto. Tomas, Pangasinan also grabbed 12 rebounds. 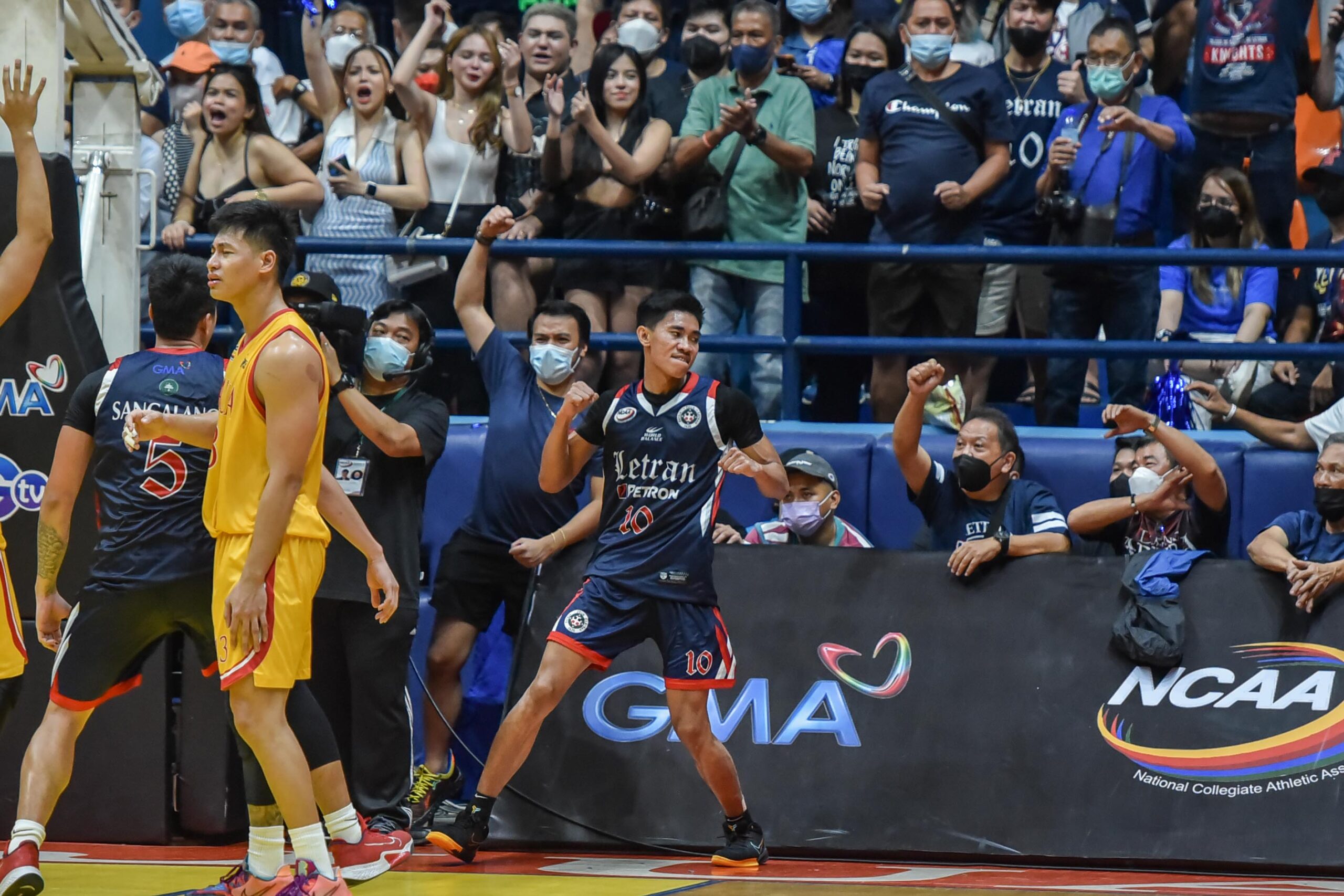 Besides Abando, Jeo Ambohot also had a fitting farewell to Letran, dropping 13 points and nine rebounds. He was hailed as the Finals MVP.

Dominant was Letran in the wire-to-wire win, going on a 19-8 start before taking a 21-point lead in the third canto.

However, the Cardinals found their groove when the Knights got too cocky. Back-to-back unsportsmanlike fouls by Fran Yu and Brent Paraiso — the latter being called for a disqualifying foul with 5:11 left in the quarter, helped cut the lead to 10 entering the final frame. 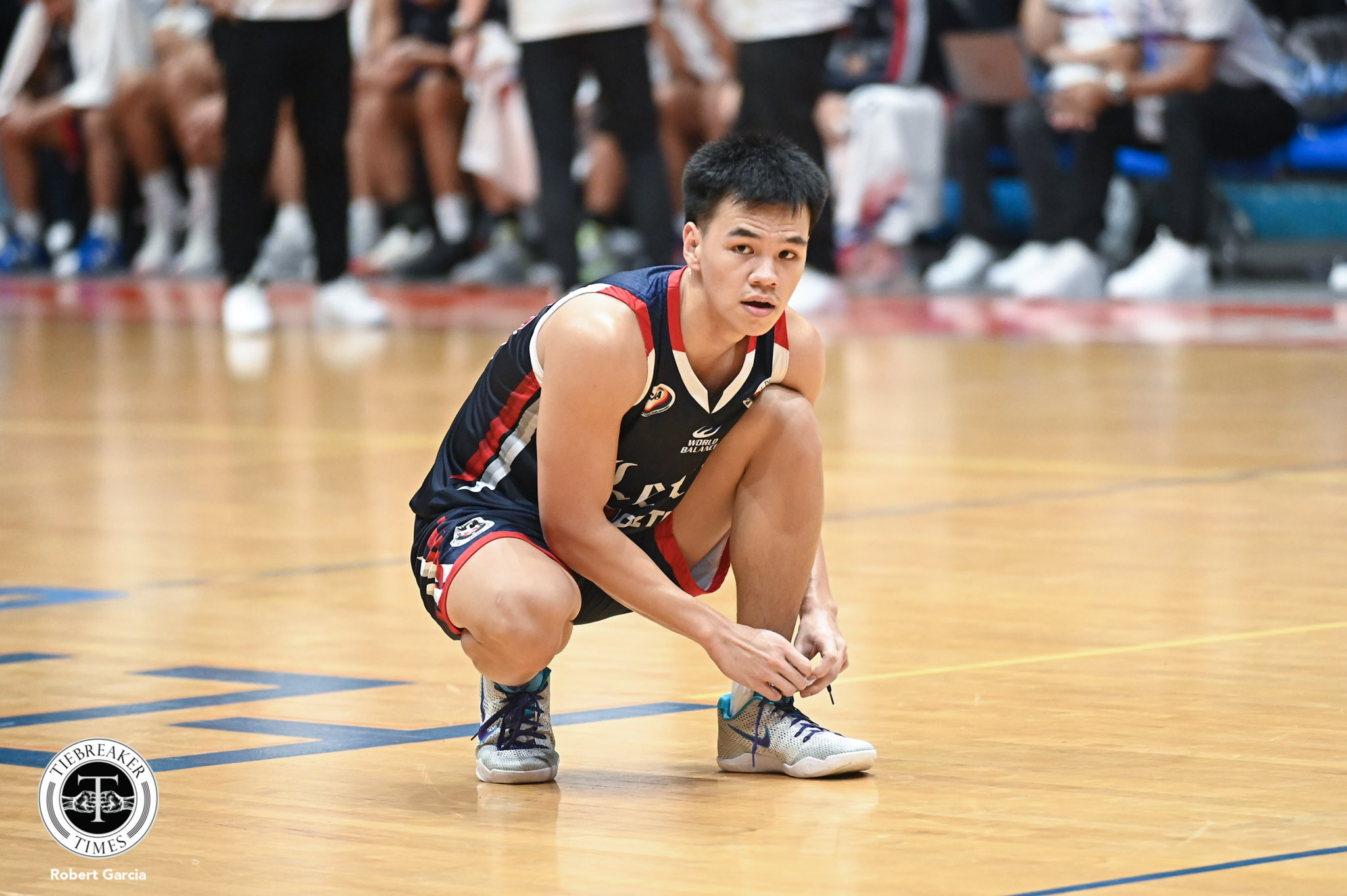 Paolo Hernandez and Arvin Gamboa found their touch as well, cutting the lead down to six, 68-62 with under three minutes left in the game.

That’s when Abando took control of his team that stopped the Cardinals from their tracks. 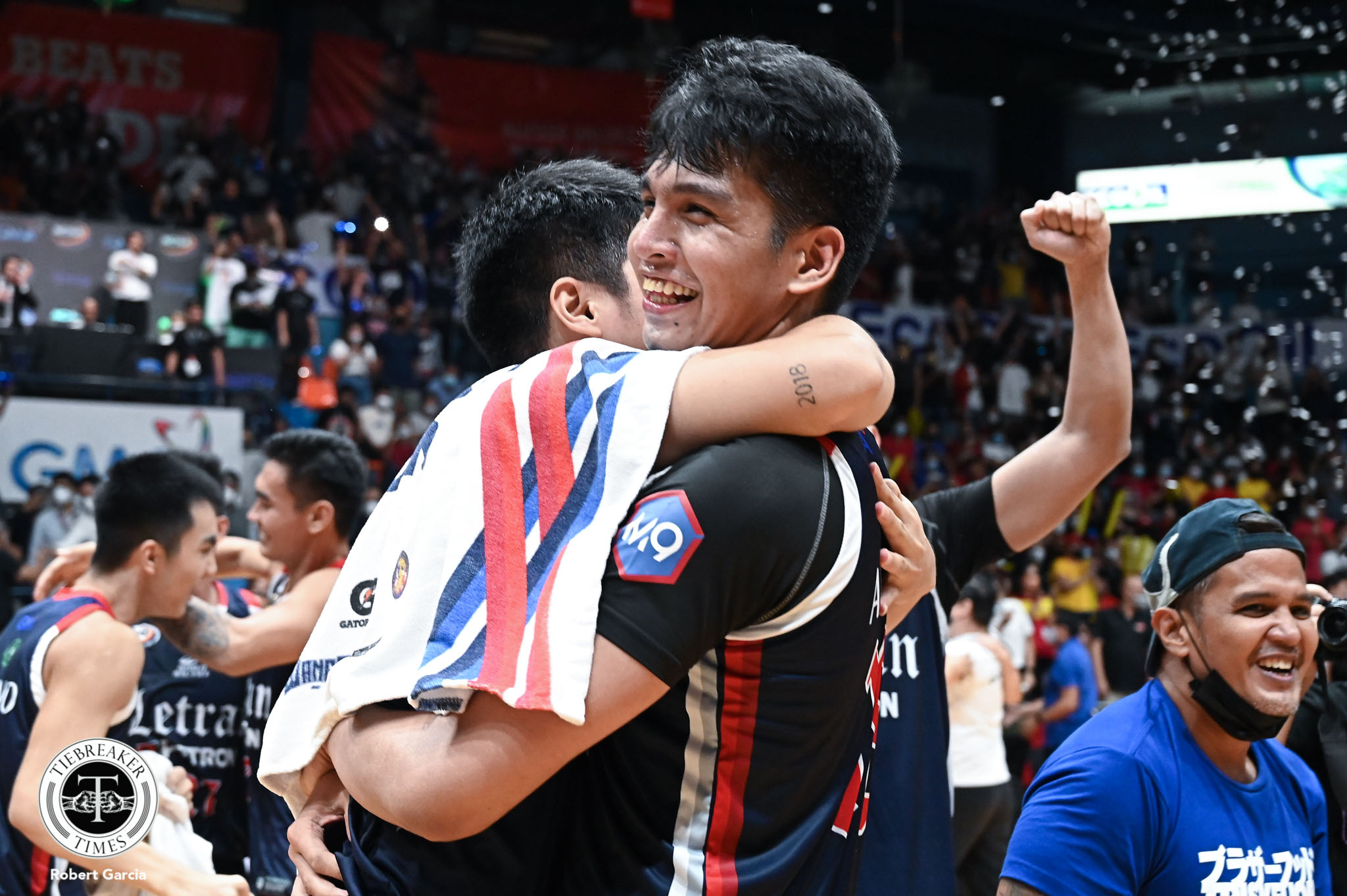 Hernandez, the league’s most improved player, led the Cardinals with 14 points, six rebounds, and five assists while Adrian Nocum had 14 as well.

The Cardinals will be intact for next season.