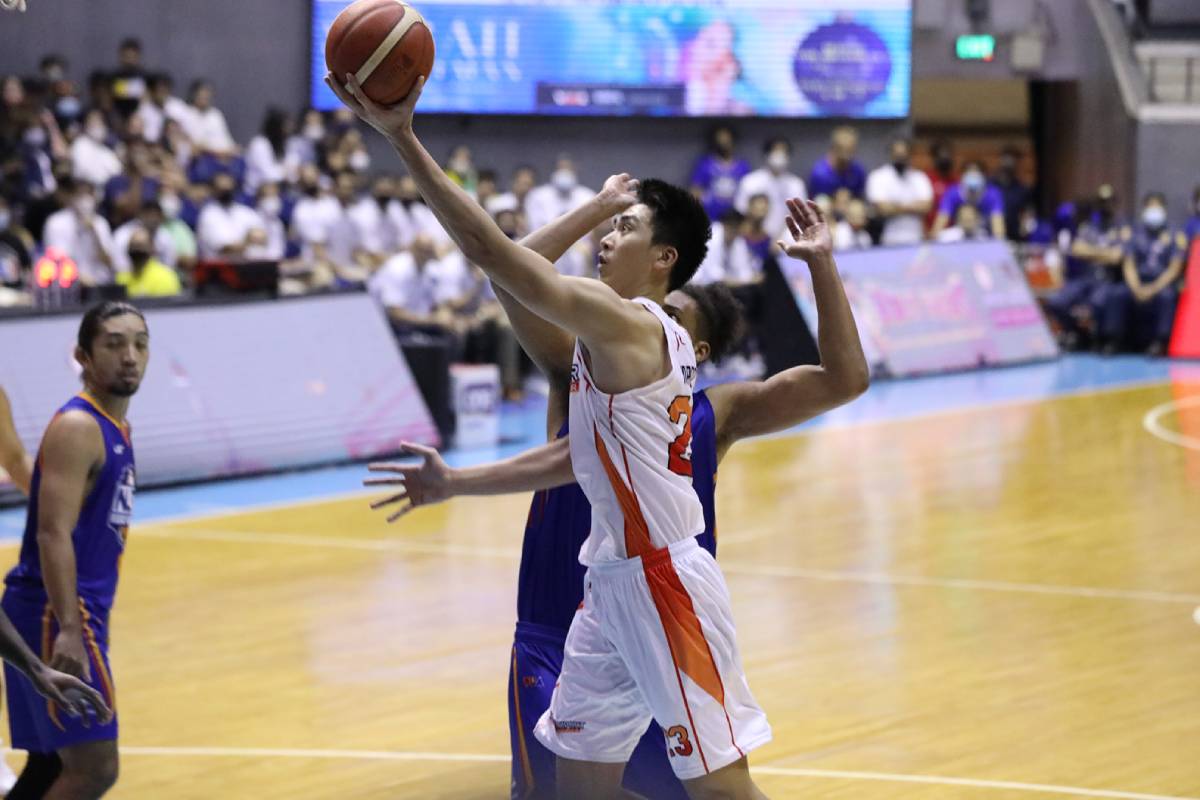 The rookie winger, in his own words, felt ‘super happy’ since victory proved elusive for him after suffering a pair of crushing defeats to start his career.

Navarro joined NorthPort in the midst of its campaign in the ongoing conference. He signed with the team that picked him in the last Gilas draft as his supposed stint with Seoul Samsung in the Korean Basketball League didn’t pan out.

He then aimed for a triumphant start to his PBA journey, but it was too tall of an order to surpass. After all, they were up against perennial contenders San Miguel. The Batang Pier absorbed a deflating 104-86 beatdown.

The Ateneo product did perform well with 14 points, two rebounds, an assist, and a steal but the win was much more important for him.

A shot at redemption came against Rain or Shine just last Friday, but luck was not on their side. The Elasto Painters escaped with the 76-75 win behind the heroics of import Steve Taylor Jr. in the endgame.

Not only did it foil his bid of getting win no. 1 in the PBA but it also wasted Navarro’s double-double effort of 13 points and 11 rebounds. He also had three blocks, an assist, and a steal in the 39 minutes he saw action.

#ReadMore  Bit of an assurance from Beau Belga: 'I'm with Rain or Shine as of now'

Thankfully, the woes ended on Wednesday night. And the Greek-born winger definitely showed how badly he wanted to bag the W, turning in a career-high performance as he made the most out of his 40 minutes on the floor.

Navarro finished with 17 points on a 40-percent clip from the field, together with 13 rebounds, seven assists, and a pair of steals.

Happy for Navarro is no less than NorthPort head coach Pido Jarencio, who also breathed a sigh of relief as their three-game skid ended.

“Masaya ako for him.”