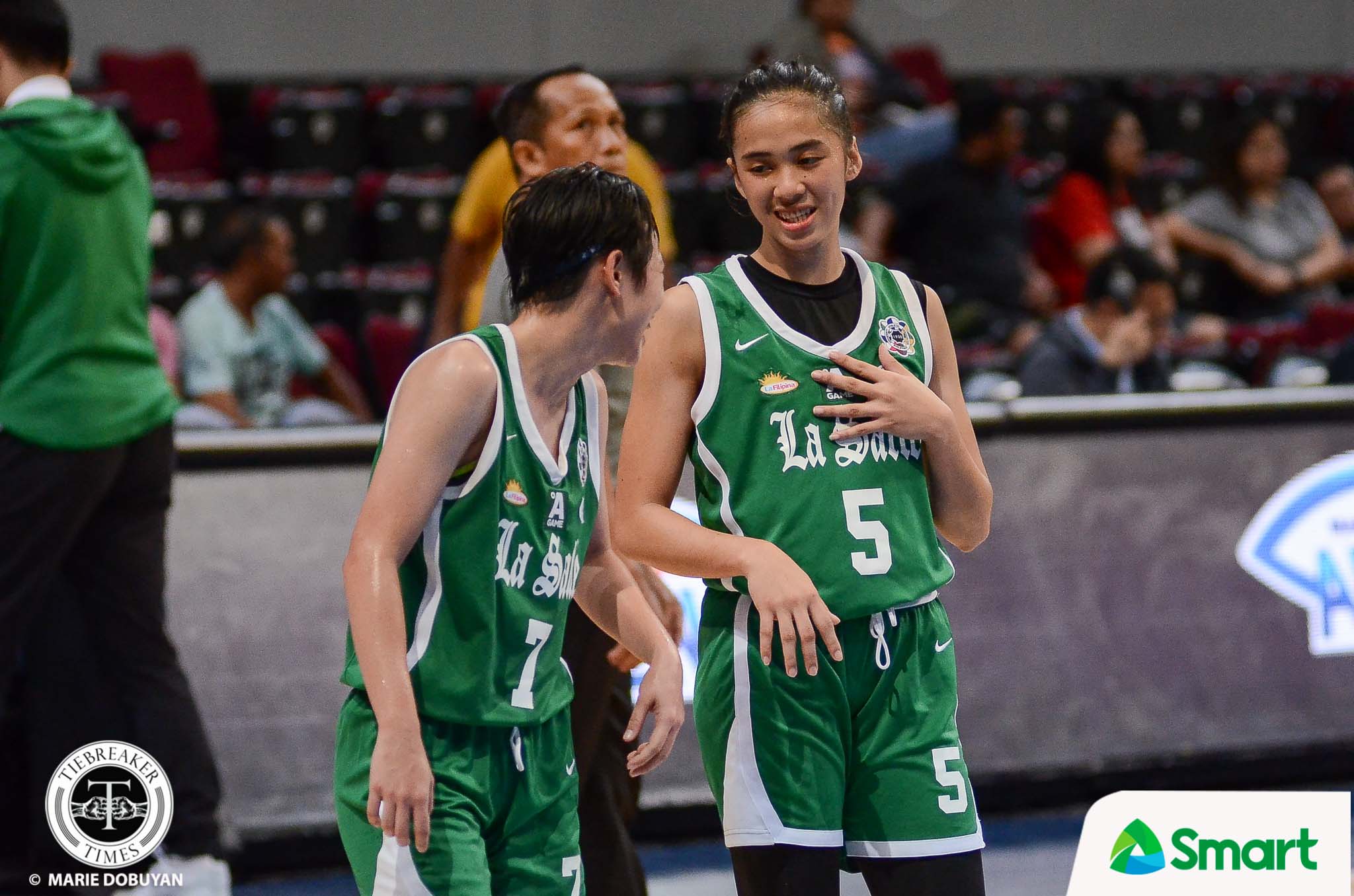 Though just a rookie, Kent Pastrana has been the leading force for the De La Salle University Lady Archers early in the UAAP Season 82 Women’s Basketball Tournament.

The 19-year-old swingman out of Silay City has posted numbers of 19.0 points, 7.0 rebounds, 1.6 assists, and 4.6 steals in their first three games. She feels that she needs to deliver immediately after the duo of Camille Claro and Khate Castillo graduated last year.

Though she has trained with La Salle just a few months, Cholo Villanueva has been in awe of how Pastrana has adjusted to the collegiate game.

“We just got her from the past three months. She did not have enough time to know our schemes on defense,” Villanueva shared.

“But she is a natural talent, and she works hard in practice to improve her game. That’s why she is gaining these numbers for the past three games. She’s moving towards the right direction.”

In their fourth game, Pastrana once again led the Lady Archers, finishing with 20 points with three rebounds, and three assists. More importantly, it ended up with a win, as La Salle thrashed the UE Lady Warriors, 91-58.

Villanueva believes that having the likes of Pastrana and Angel Quingco has hastened his team’s rebuild.

“With Camille and Khate gone, we are in a rebuilding phase. We have been doing our job in recruiting the best players from high school and those who can fit our system in La Salle,” he said.

“So, I think we are going towards the right direction.”