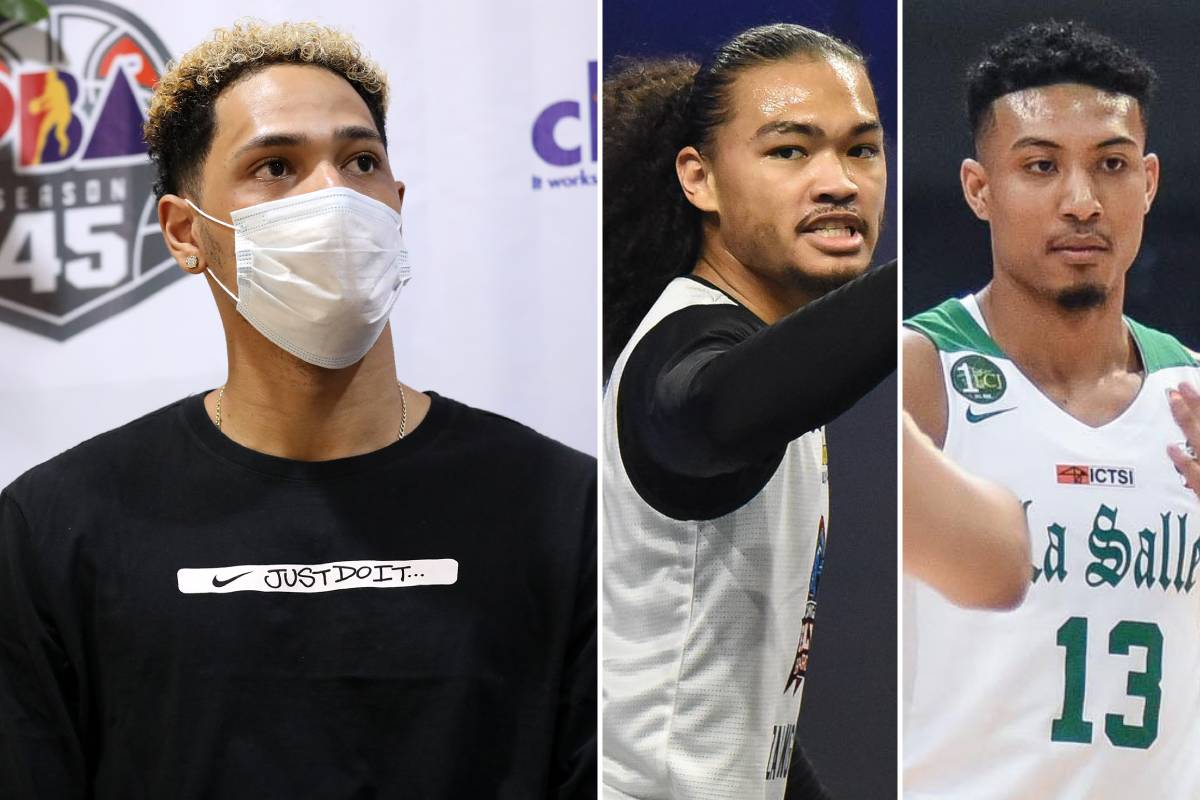 Terrafirma will surely be a busy bunch in the 2021 PBA Rookie Draft trying to figure whom it will select with the no. 1 overall pick, as the incoming crop of rookies are arguably the deepest and most talented in years.

The Columbian Autocar Company-owned franchise is first in the draft order for the third consecutive season. They have yet another top pick after choosing star guard CJ Perez in 2018 and then Roosevelt Adams in 2019.

Adams himself is aware of how deep the upcoming draft will be. He then found it difficult to answer who could be the Dyip’s first selection in the draft proceedings, held on March 14 in a virtual setting.

“This draft, people have been saying there is just a lot of talent. You can’t go wrong with whoever you pick, going from the first to the second round.”

Adams, though, mentioned a few names – ones he’s all too familiar with, since he played with them before making the leap to the pros.

The 26-year-old said that it would be “very special” for him to play once with Jeremiah Gray, a teammate of his in the talent-laden Mighty Sports crew that ruled the Dubai International Basketball Championship last year.

“It would be very special to reunite with Jeremiah again,” said Adams, who averaged 10.3 points and 8.1 rebounds last season.

“We go back to Mighty Sports. We’re familiar with each other’s game.”

Gray is pressed for time, though, since he still does not have his Department of Justice Recognition and Bureau of Immigration Affirmation papers.

Adams also brought up another Mighty Sports teammate in Jamie Malonzo, the 2020 PBA D-League no. 2 pick who made a name for himself with his highlight-worthy plays during his one-year stay with La Salle.

“There’s another guy, a young dude named Jamie – Mr. Highlight – [who] also competes at a high level,” he said.

And then of course, there is the gunslinging Joshua Munzon, whom many have touted as the top pick of this year’s draft.

Aside from facing each other in the D-League, Adams and Munzon are already familiar with each other largely due to their stint in the first-of-its-kind Chooks-to-Go Pilipinas 3×3 also sa opponents.

“Another one probably is Josh Munzon. Super scorer,” said Adams, as he was part of Pasay and Basilan in Chooks 3×3 while Munzon led the legendary Pasig squad.

“I jelled with him from 3×3, from the many battles. I know he’ll compete at a high level.”

But at the end of the day, Adams just hopes that the one Terrafirma will pick will mesh in nicely and, most importantly, will compete.

“Whoever we decide to pick I hope they compete at a high level with us. And contribute, and stay positive with us in the journey.”