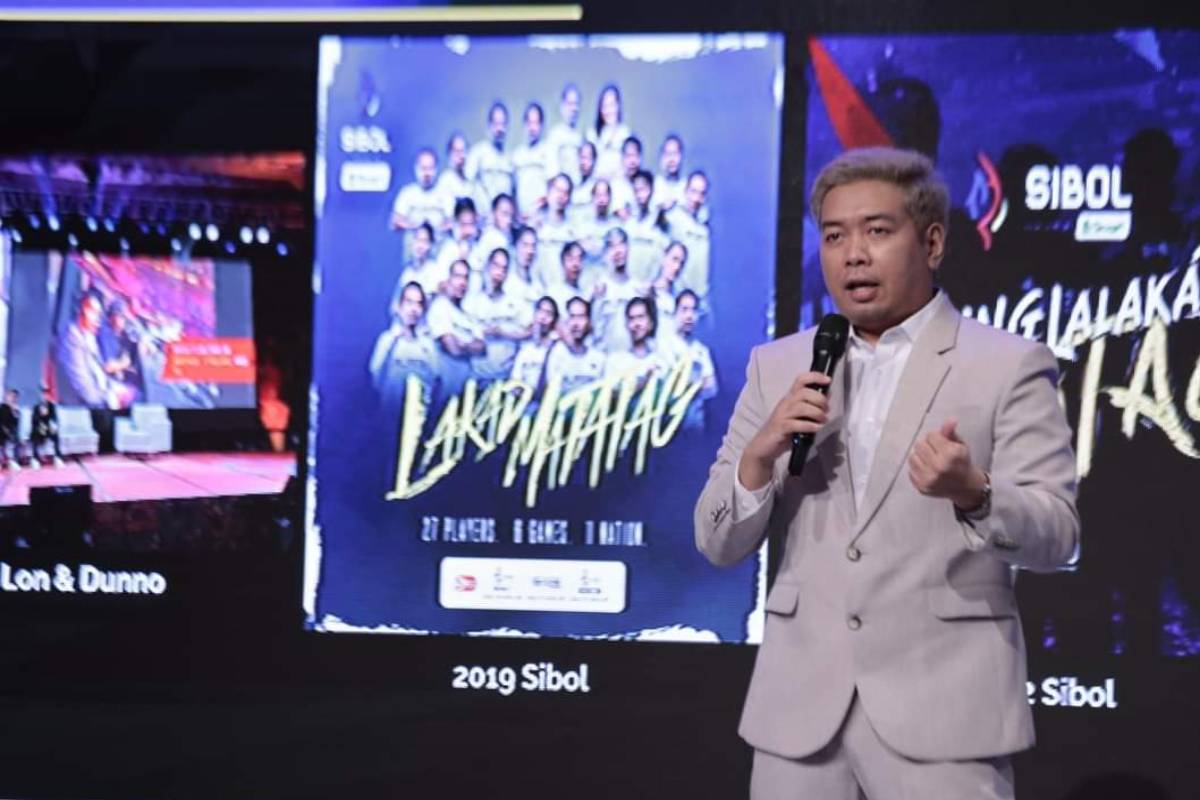 That is SIBOL’s battle cry for the upcoming Southeast Asian Games in Hanoi, Vietnam this May.

For him, it’s a tribute. A tribute to his fallen casting partner Aldrin “Dunoo” Pangan and to everyone whose lives have been affected by the ongoing COVID-19 pandemic.

“The story is ‘Muling Lalakad Matatag’ and I dedicate this campaign to him and to those na of course na nag suffer sa COVID,” said Lon as he held back tears during SIBOL’s kick-off press conference at the TV5 Studios last March 17.

“Because for us gamers at sa mga hindi gamers, ‘pag narinig nila yung ‘Lakad Matatag’ it’s like a battle cry, it means walk strong, walk steady, head high, and this is the message that I would like to impart of course to those that support us and to those athletes na nandito ngayon,” he added.

Lon and Dunoo, without a doubt the most iconic casting partners in Philippine esports, produced the line ‘Lakad Matatag! Normalin, Normalin’ during Fnatic’s epic comeback against Team Secret in the ESL One Katowice back in 2018.

The line immediately made waves in the Dota 2 community, with Valve eventually making chat wheel items out of each part of the final call of the match which Fnatic — which has Filipino players Djardel “DJ” Mampusti and Abed “Abed” Yusop at the time — won via a nail-biting backdoor attempt.

This also prompted SIBOL officials to approach Lon in hopes of using the phrase as the national team’s battle cry for the Southeast Asian Games in Manila back in 2019 — the first time that the esports event was introduced in the biennial meet.

But there’s a catch.

Lon, who was then approached by the SIBOL brass, was not the only owner of the line. Dunoo, who uttered the words, ‘Normalin, Normalin,’ is also entitled to its rights.

“I remember two years ago when one of our board members miss Jane [Basas] and her colleague actually went to us to talk about getting the rights for using ‘Lakad Matatag’ for the campaign of the first SIBOL 2019,” recalled Lon.

“Of course, if you are a caster, there is a monetary value in your voice and I will never forget when they actually pitched na gamitin yung ‘Lakad Matatag’ para i-unify yung mga gamers all over the Philippines. Casual gamer ka, PC gamer, console gamer, kahit anong gamer ‘pag narinig yung Lakad Matatag, laban ‘yan,” he continued.

With that, Lon went to Dunoo to ask for his permission. And what came next just proved how much the late caster loved Philippine Esports.

“So, wow, solid ‘yan. So I went to my partner, Aldrin Pangan, and he said ‘Bro, kahit wala ako diyan, laban ‘yan. Para sa Pilipinas ‘yan, let’s sign the deal’ because hindi alam ng lahat na yung ‘Lakad Matatag’ na line from Dota 2 is actually ‘Lakad Matatag, Normalin! Normalin!’ half lang ako no’n. So, my partner is the other half, the Normalin, Normalin, also has the rights for that actual line,” shared Lon.

“So, if you would actually need permission, that would be me, Lon, and Dunoo at the same time. And I will never forget that day, when he said na ‘Kung para sa bayan ‘yan, why do we have to actually have royalties? Let’s give it for free, let’s push it’ and I guess it’s a bit of a bittersweet taste just because my partner has lost the fight to COVID last year. And he’s supposed to at least be at this stage to actually be here with you guys, but then again he would always say na ‘Kung Pinoy ‘yan, bias tayo diyan’ so for me, the first campaign is really a nice campaign for us and when we were actually looking for another battle cry, let’s just use the ‘Lakad Matatag’ that’s why,” he added.

It has been almost seven months since Dunoo passed due to complications from COVID-19, but his legacy will forever live with SIBOL through its battle cry.

In this article:Lon, Sibol Pilipinas