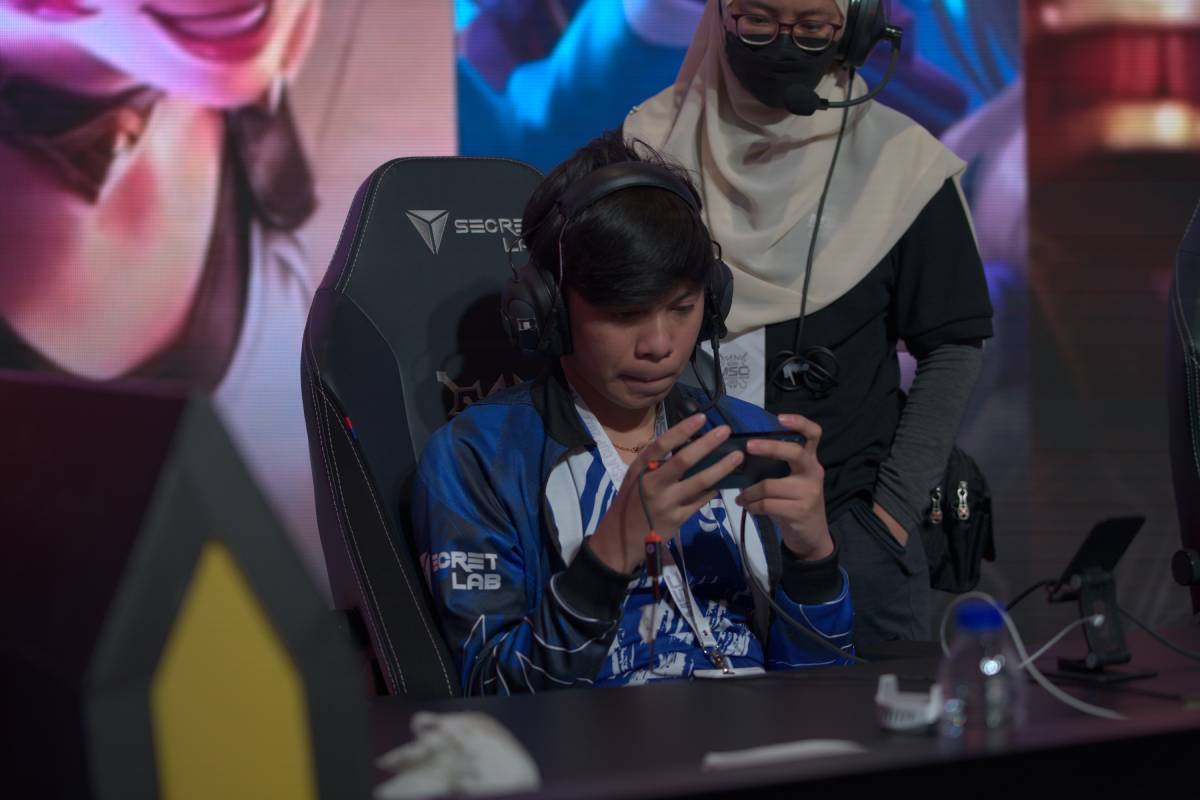 EMANN nabbed both MVP honors in the series, leading the MPL Philippines champion to a perfect 2-0-0 standing in Group B. This is his third citation in just four games played.

With Jhonard “Demonkite” Caranto’s Fanny and Dylan “Light” Catipon’s Franco leading the way, RSG PH snowballed right away and took a 5K gold lead past the seven-minute mark to go along with a 9-0 advantage in kills.

RSG SG only registered its first kill at the 7:14-mark with babycakes (Brody) taking out Light during a skirmish in the middle lane.

Come the 12th minute, the Filipinos already had a gigantic 20-3 advantage in kills and an 11K gold lead. The Singaporeans could not recover from there as RSG PH secured the Enhanced Lord in the 13:32-mark for the win.

EMANN’s Beatrix spearheaded the dominant, 27-3 Game One outing with eight kills and eight assists without a single death. Jhonard “Demonkite” Caranto’s Fanny had seven kills, a death, and eight assists while Light added a 3-2-11 line.

It was a masterclass anew from the side of RSG PH with Eman, powered by Light’s Angela, wreaking havoc on Claude. He finished with seven kills, a death, and eight assists in the win.

RSG PH also swept See You Soon of Cambodia earlier in the day.

RSG SG, despite posting an identical 0-1-1 standing with See You Soon, took the second seed in Group B. Both teams scored a win against each other but RSG SG had the upper hand as its victory was shorter than See You Soon’s.

The playoffs will begin on June 14, Tuesday.