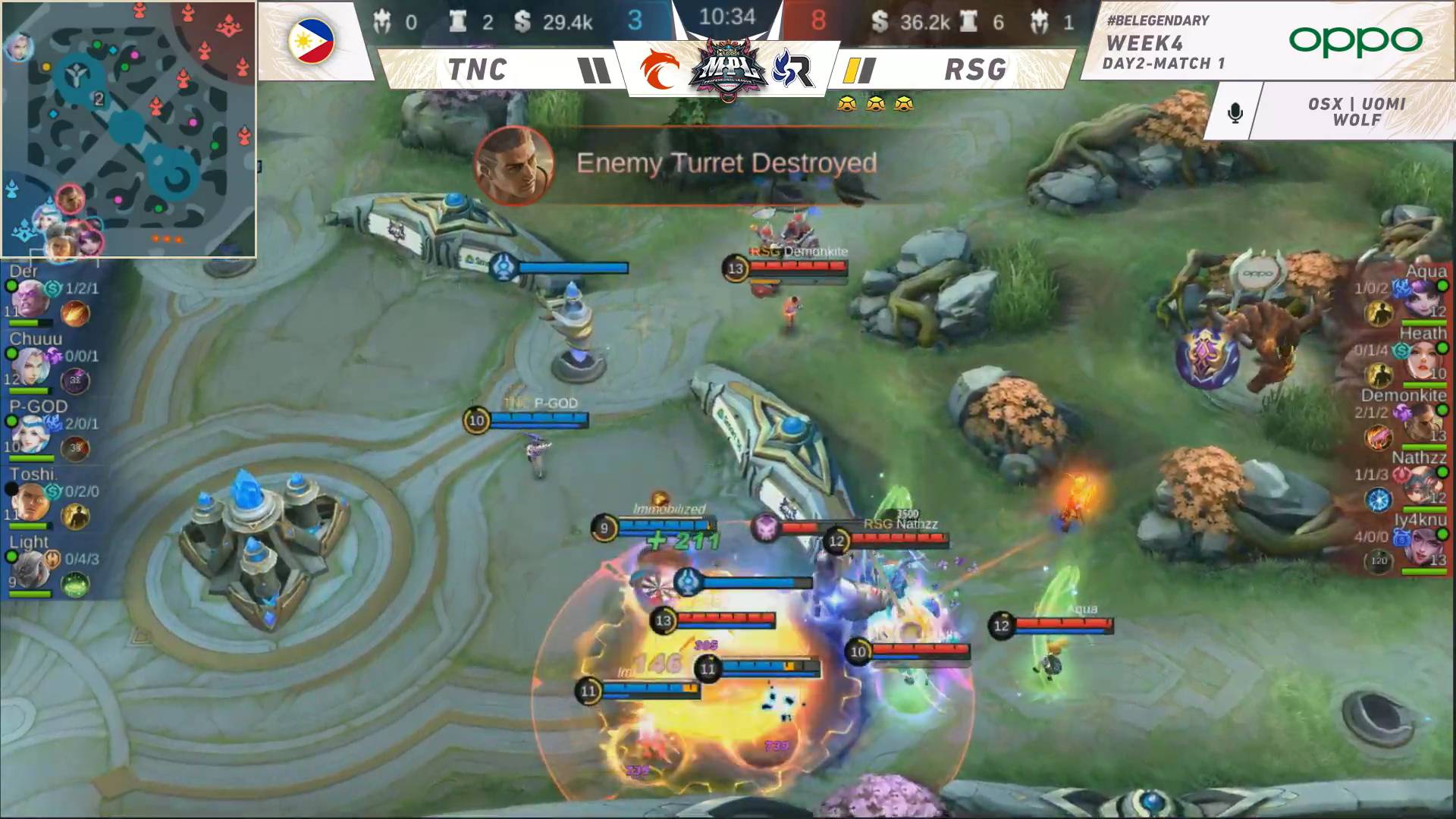 RSG PH fell early in Game One but managed to come back late all thanks to the plays set up by EJ “Heath” Esperanza’s Tigreal.

Maximizing his Conceal, Heath allowed RSG PH to scale up and even take the lead in the latter part despite the early exploits of Adrian “Toshi” Bacallo’s Beatrix down the gold lane.

The former Omega Esports tank finished with six assists laced with a kill and a death in the 15-6 Game One victory in 21 minutes and 12 seconds. 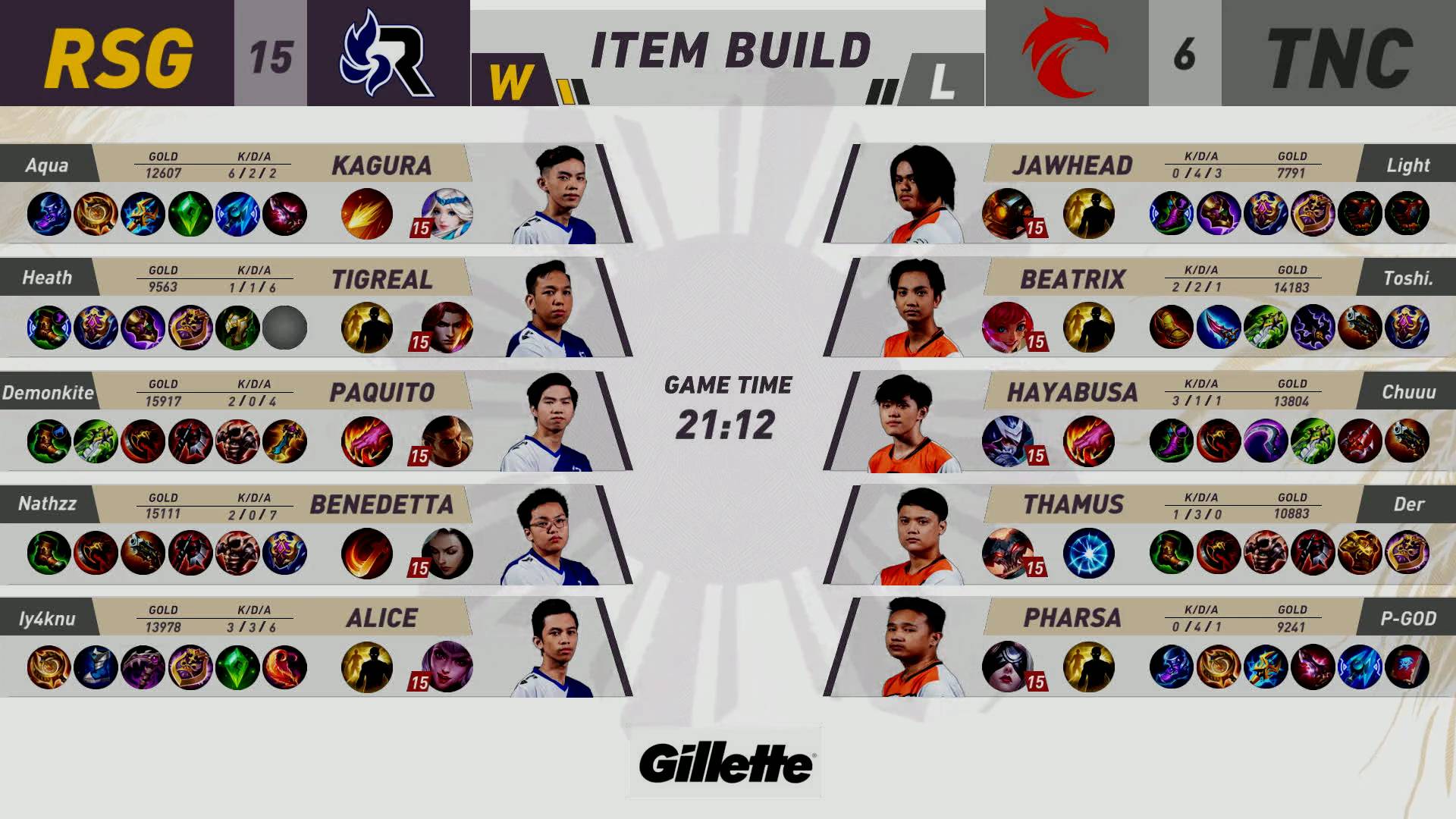 In Game Two, RSG PH showed great performance in the early game which slammed the doors on TNC.

Iy4knu finished with six kills and three assists without a death while Jonard “Demonkite” Caranto, who spearheaded the early onslaught with his Paquito, was named the SMART 5G MVP with three kills and four assists against one death in the 13-5 win which lasted for just 11 minutes and 12 seconds. 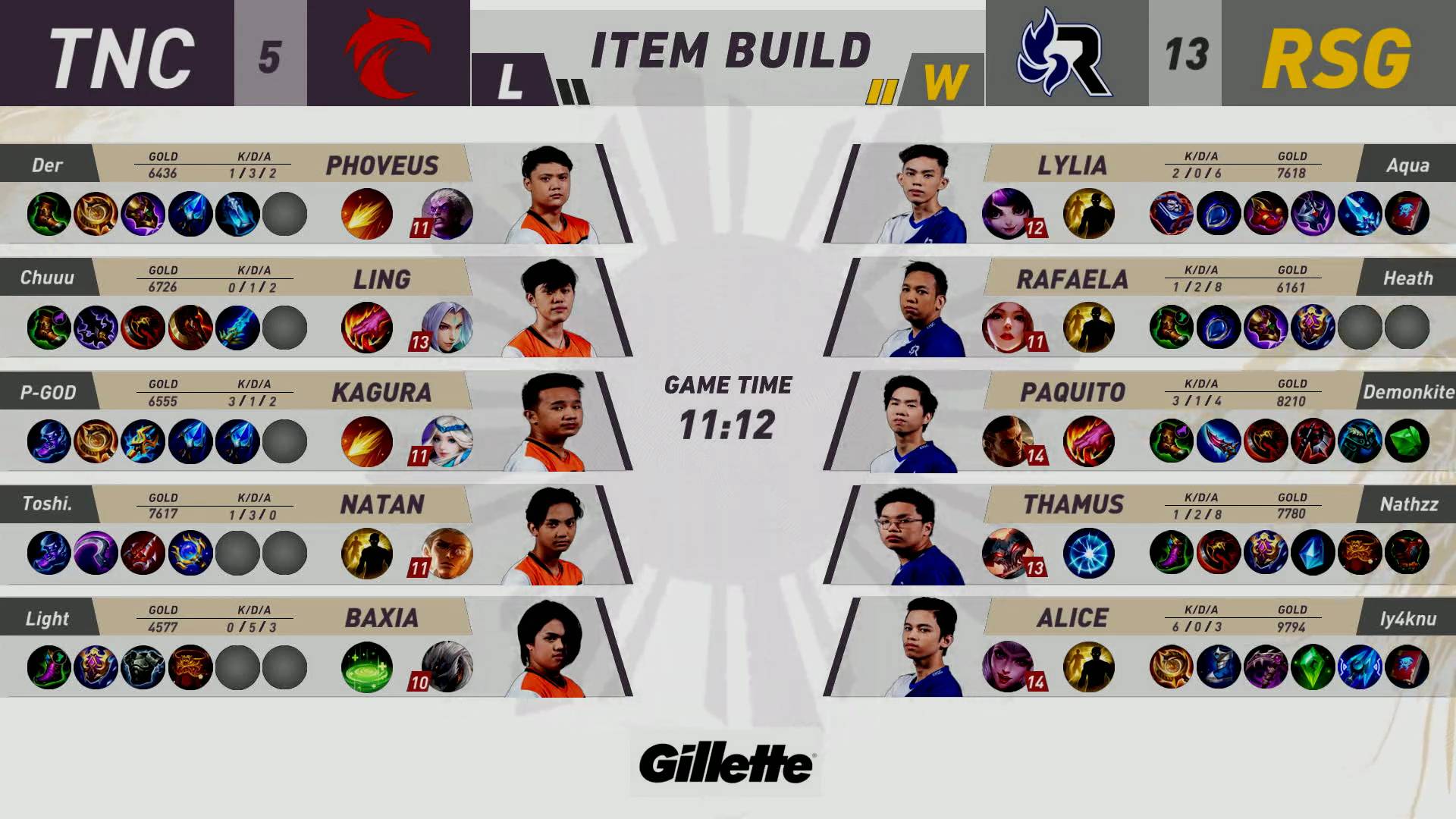 This is TNC’s fourth-straight loss, dropping to a 2-5 record with six points at the seventh spot.

RSG PH looks to continue its winning ways against Omega Esports tomorrow, Sunday at 6:00 PM while TNC will return next week, Saturday at 4:00 PM against Blacklist International.