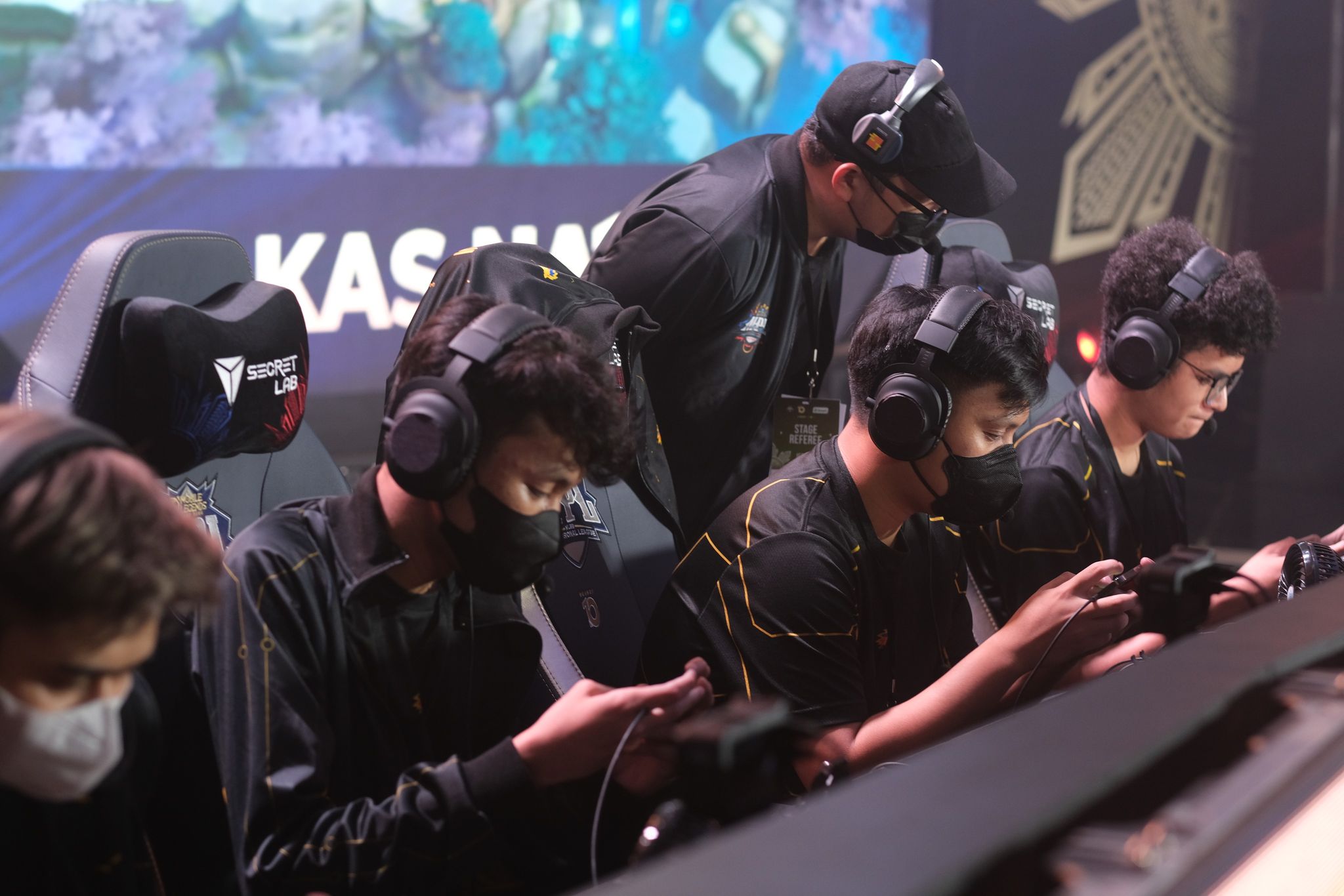 ONIC PH completed its season sweep of RSG PH, 2-0, to become the first team to enter the MPL Philippines Season 10 playoffs, Sunday at the ICITE Auditorium.

The rookie-laden squad is now at the top spot with a league-best 21 points off a 7-4 standing.

In Game One, Nowee “Ryota” Macasa (Paquito) and Ralph “Rapidoot” Adrales secured a crucial kill on Eman “EMANN” Sangco’s Claude during the 23rd minute but that did not stop RSG PH from going for the Lord as Nathanael “Nathzz” Estrologo (Masha) zoned out for ONIC PH members.

Left on his own, Stephen “Sensui” Castillo (Karina) left a perfectly-placed Shadowmark before going back and used it immediately to steal the objective from right under RSG PH’s nose.

ONIC PH then made quick work of RSG PH in the second game, securing the first Lord of the contest before Rapidoot (Atlas) caught Demonkite (Paquito) at the top lane which kick-started his side’s game-winning five-man wipe.

Frince “SUPER FRINCE” Ramirez (Faramis) led the way with four kills and five assists against one death in just 10 minutes and 49 seconds of action.

The defending champions are currently at the fourth spot with 17 points off a 6-4 win-loss slate.

ONIC PH will face Blacklist International next on Friday at 5:00 PM while RSG PH looks to bounce back against Bren Esports on Saturday at 2:30 PM.