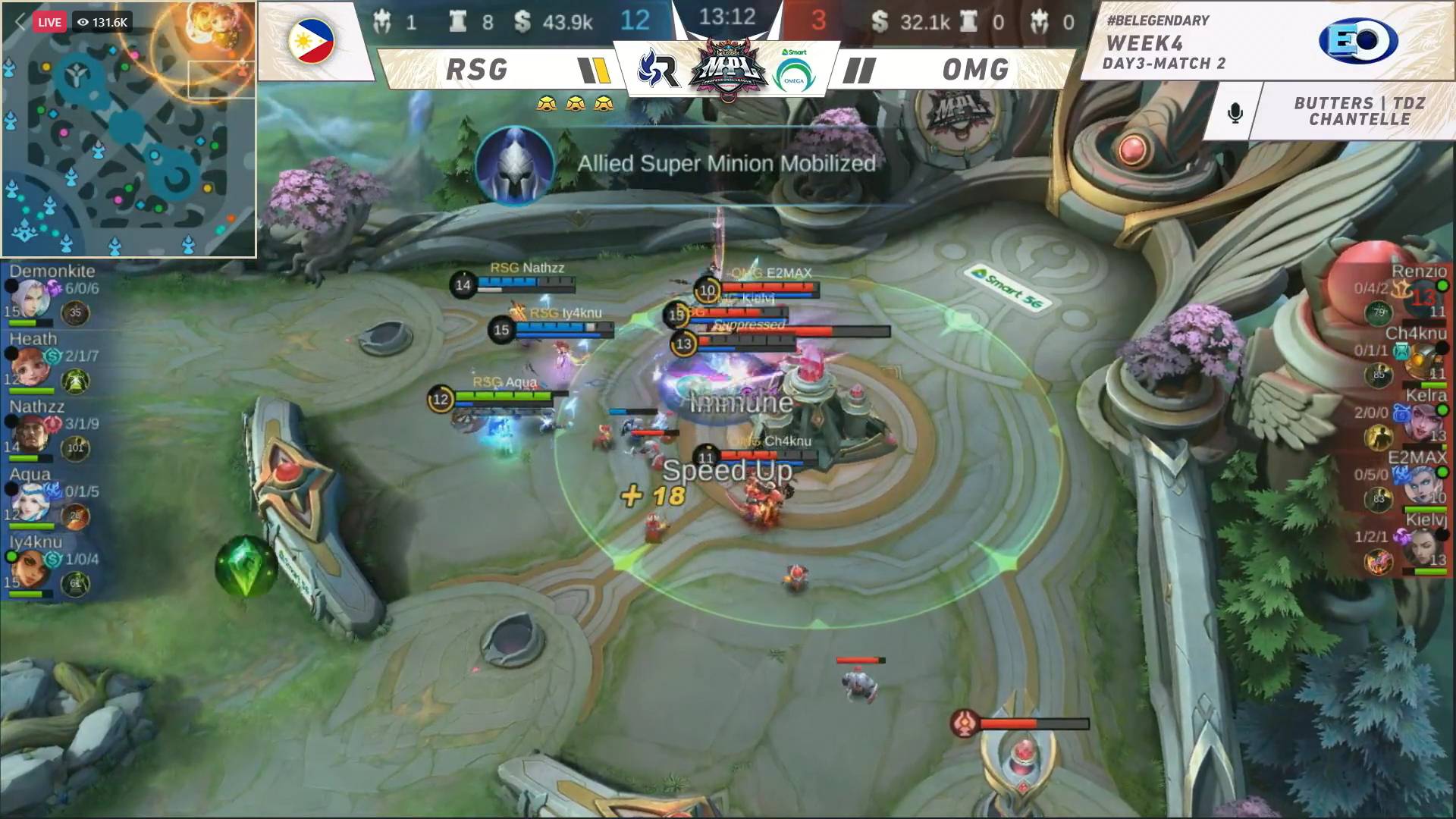 Banking on the Ling-Angela combination in Game One, the dynamic duo took charge in RSG PH’s huge 23:59-minute Game One win for the 1-0 advantage.

The rookie finished with eight kills and 10 assists against one death while the veteran, who nabbed the SMART 5G MVP award, had a game-high 14 assists along with five kills and three deaths in the 23-13 win. 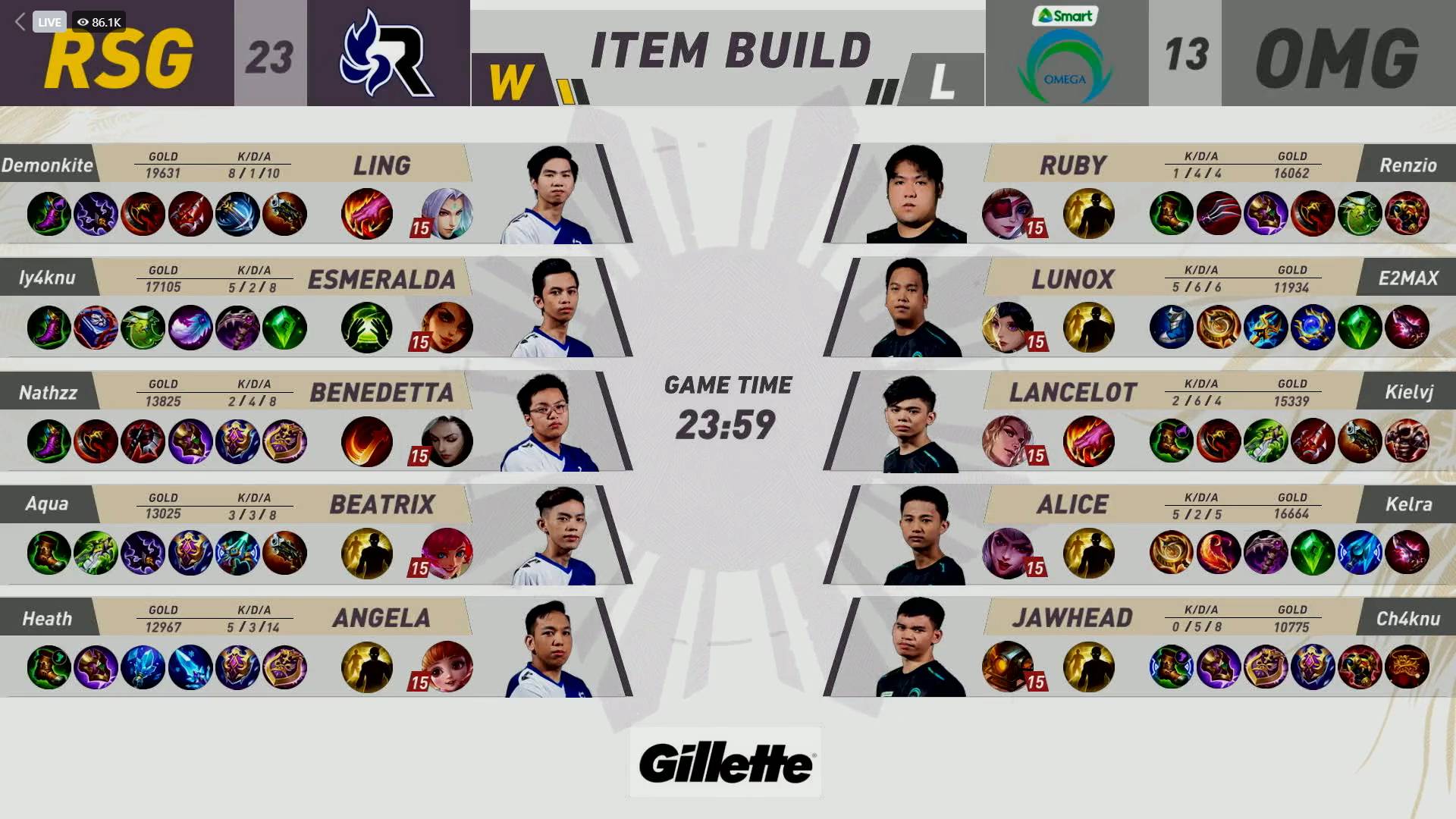 “I can’t really pick one because the team can’t stand together without the five members being together,” said RSG PH coach Brian “Panda” Lim, when asked if who stood out for his team in the match.

RSG PH reclaimed the third spot in the standings with 14 points off a 6-3 standing, eclipsing ECHO which has 13 points through a 4-5 record.

Demonkite’s Ling took the SMART 5G MVP award this time, finishing with six kills and eight assists without a single death. He also had a 100-percent kill participation in the 14-3 Game Two win which lasted for just 13 minutes and 20 seconds. 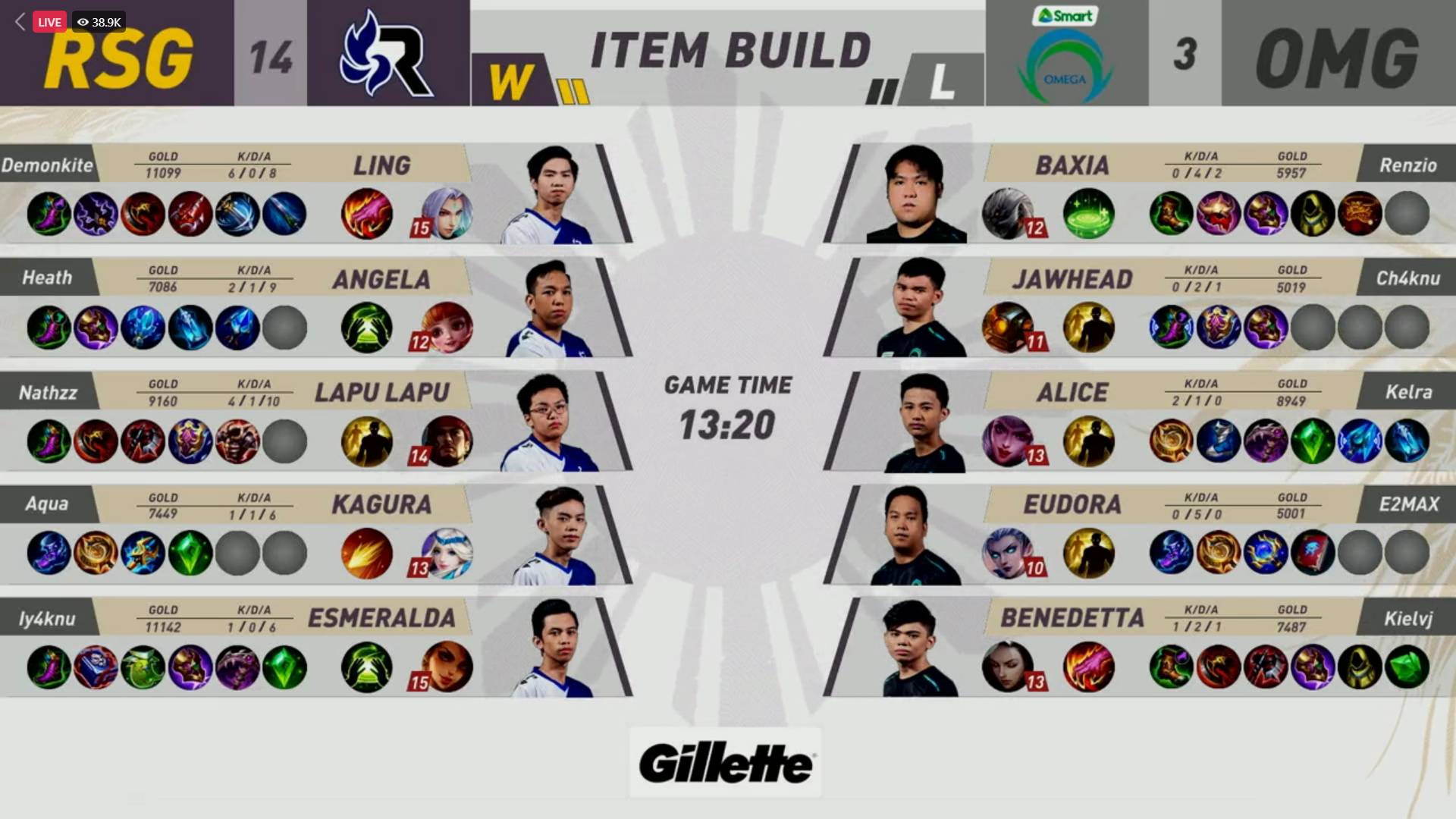 Omega Esports remained at sixth place with nine points but fell to a 2-6 win-loss record.

RSG PH will take on ECHO next Saturday at 6:00 PM while Omega Esports will look to bounce back against ONIC PH on Friday at 6:00 PM.