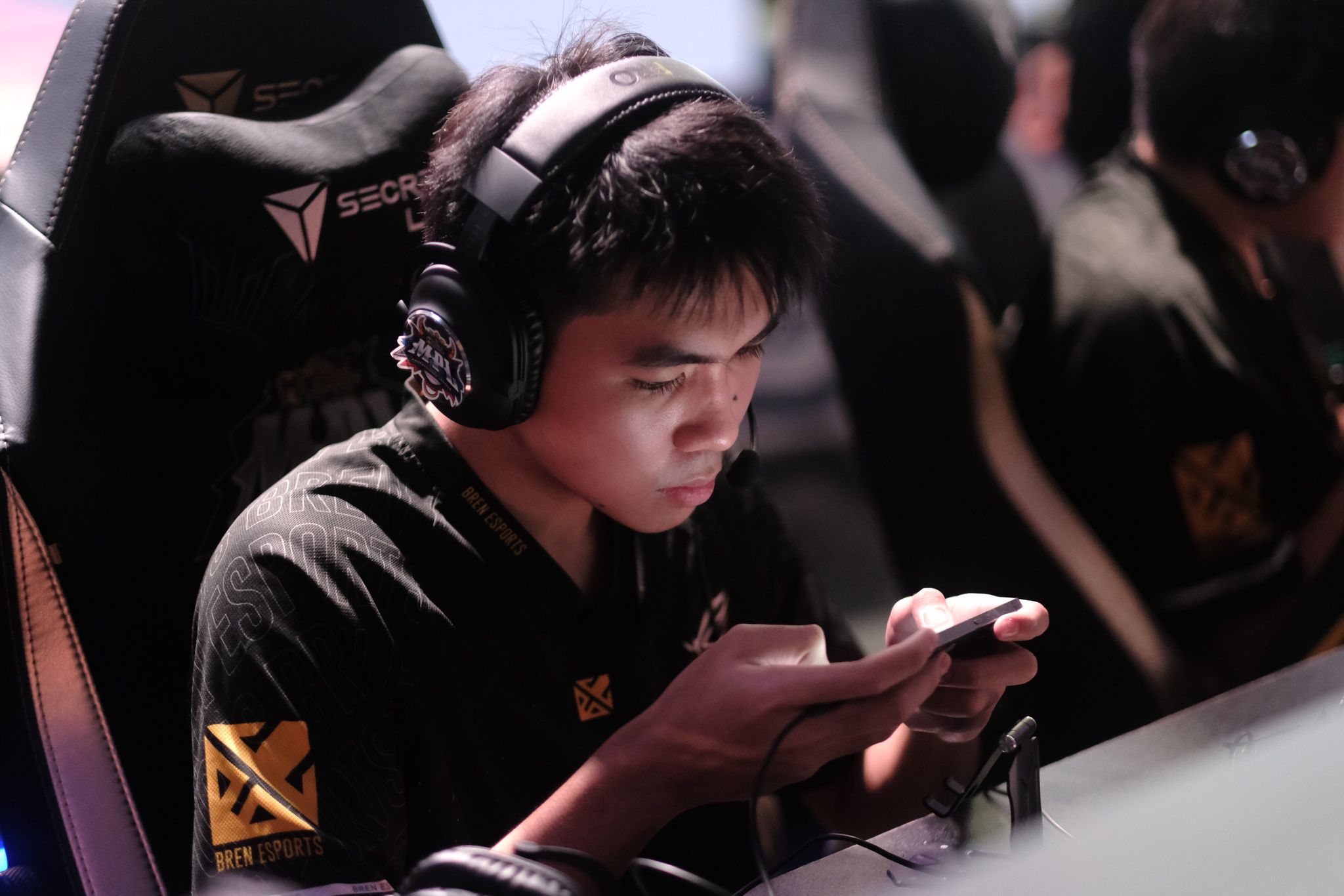 The former world champions upgraded its standing to 8-5 to tie ONIC PH (7-6) at the fourth spot with 21 points each.

“Talagang naka-focus yung mga bata, focus pa rin, 100 percent, full throttle pa rin even for our next series against Nexplay. Don’t expect us to slow down,” he added.

With their roamer out, Omega Esports allowed Bren Esports to take the first Lord of the game without contest. The latter never looked back and led by as much as 10K in the gold department before sealing the win at the 17th minute.

Super Marco once again had a flawless outing for Bren Esports, scoring four kills on top of an assist while Owgwen finished with a game-high nine assists in the 10-4 Game One victory.

Bren Esports secured five kills during the 10th minute Lord fight of Game Two to take advantage over Omega Esports and eventually win the game. Like in the opening match, Bren Esports never gave the opposing side a chance to comeback and ended the game in just 12 minutes.

The SMART-backed squad, who played its final game in the eliminations, dropped to 8-6 but remained tied with Blacklist International (7-4) at the second spot with 22 points apiece.